Nomadic culture illustrates the importance of yaks and sheep, not only for consumption but also for bartering and commerce. It also demonstrates the dependence on non-nomadic people for complementary elements through barter and exchange.

The Tibetan staple food tsampa exemplifies the nomads’ dependence on agrarian Tibetans and exchanges with non-Tibetan traders. Tsampa is so closely associated with Tibetan identity that Tibetans are sometimes called “tsampa-eaters.” In terms of its significance, tsampa rivals only yaks (Tibetans also refer to themselves as “yak herders”) and snow-peaked mountains (Tibet is known as the “land of snows”).

The key ingredients of tsampa are highland barley, butter, and water. For nomads, highland barley is often acquired through bartering or exchange with farmers, most often in its roasted flour form ready to be used. In either form, a nomadic family either sells yaks or sheep for cash to buy roasted highland barley flour (sometimes also called tsampa or “tsampa flour”) or directly barters animals or dairy products (which are essential to the farmers) with the agrarian Tibetans. 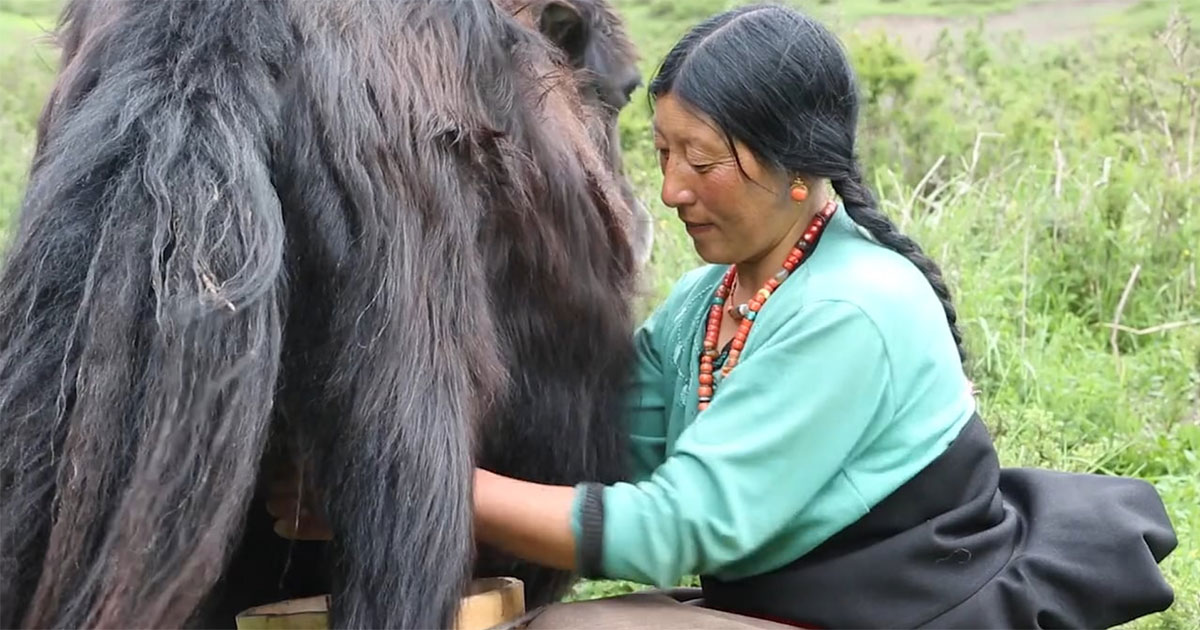 The production of dairy foods starts with the collection of milk and ends with liquid whey. This process is almost exclusively completed by women in the family.

First, women milk the calf-mother yaks and/or hybrid yak-cows. When enough milk is accumulated, it is usually stored overnight. The next day, the milk is heated to more than lukewarm but less than boiling, then poured into the milk-churning bucket sealed with a lid. The milk-churning stick—a body-length stick with crossed wooden boards at the end, each a foot in length and three inches wide—is pulled through the center hole of the lid. Once sealed, family members churn the milk by pulling and pushing the churning stick in a repetitive motion. After a couple of hours, the milk turns into butter. This separation process has been replaced recently by a machine.

Once the butter is removed, the remaining buttermilk is warmed up to produce cheese; when the buttermilk is heated, the cheese separates from the liquid whey. The cheese is drained and then dried in the sun, broken into pieces spread on a fabric tarp or woven yak-hair canvas. Dried cheese can be stored for later use or traded for cash to people who use it as a key ingredient in products such as soap and lotion. The whey is often fed to livestock. While the dairy food production process is tedious and labor intensive, the products are used efficiently without waste.

Meat consumption is the other major portion of nomadic foodways. Acquiring the meat is the men’s task, be it through hunting or, more typically, killing one’s own yak or sheep. Women might help with skinning and various aspects of preparation, like cutting it into smaller pieces for drying, cooking, or creating sausage fillings. One of the more common meat-cooking practices is simply boiling a potful of meat in lightly salted water with seasonings like pepper, garlic, onion, and turnips. A traveler in Tibetan areas might find this dish among families at home or in Tibetan restaurants. 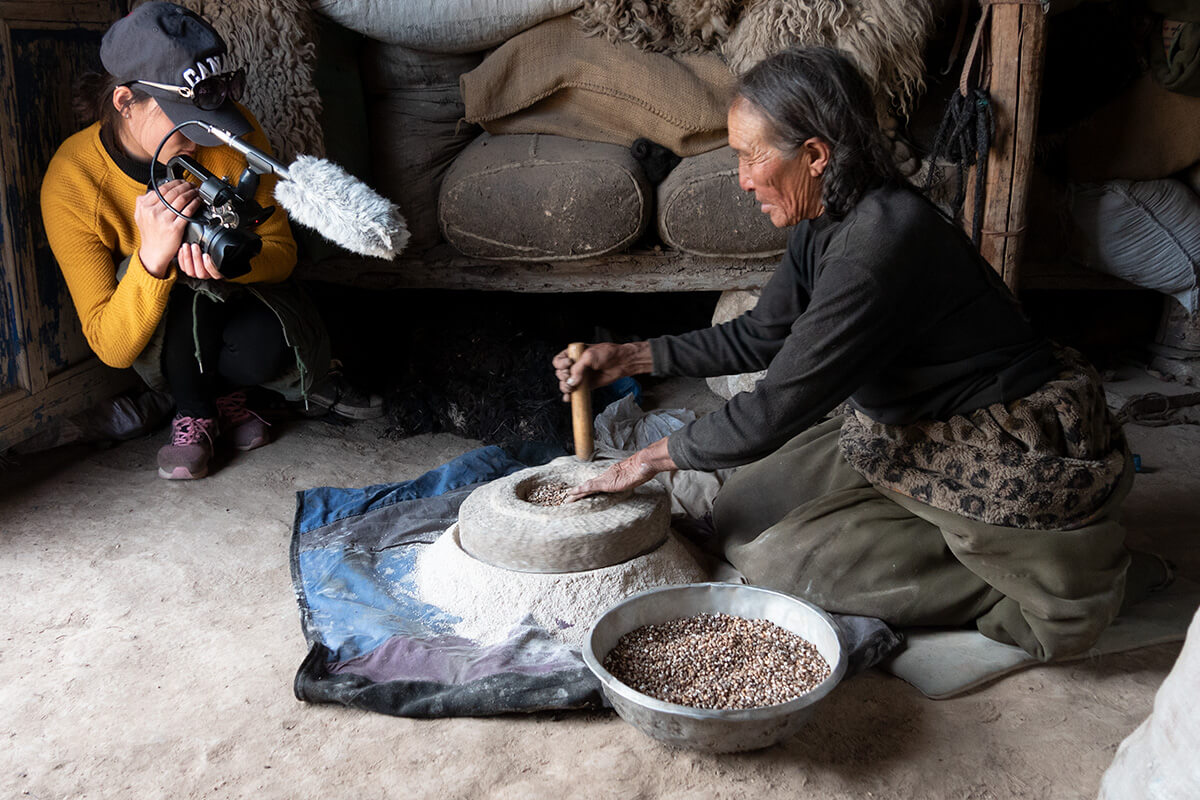 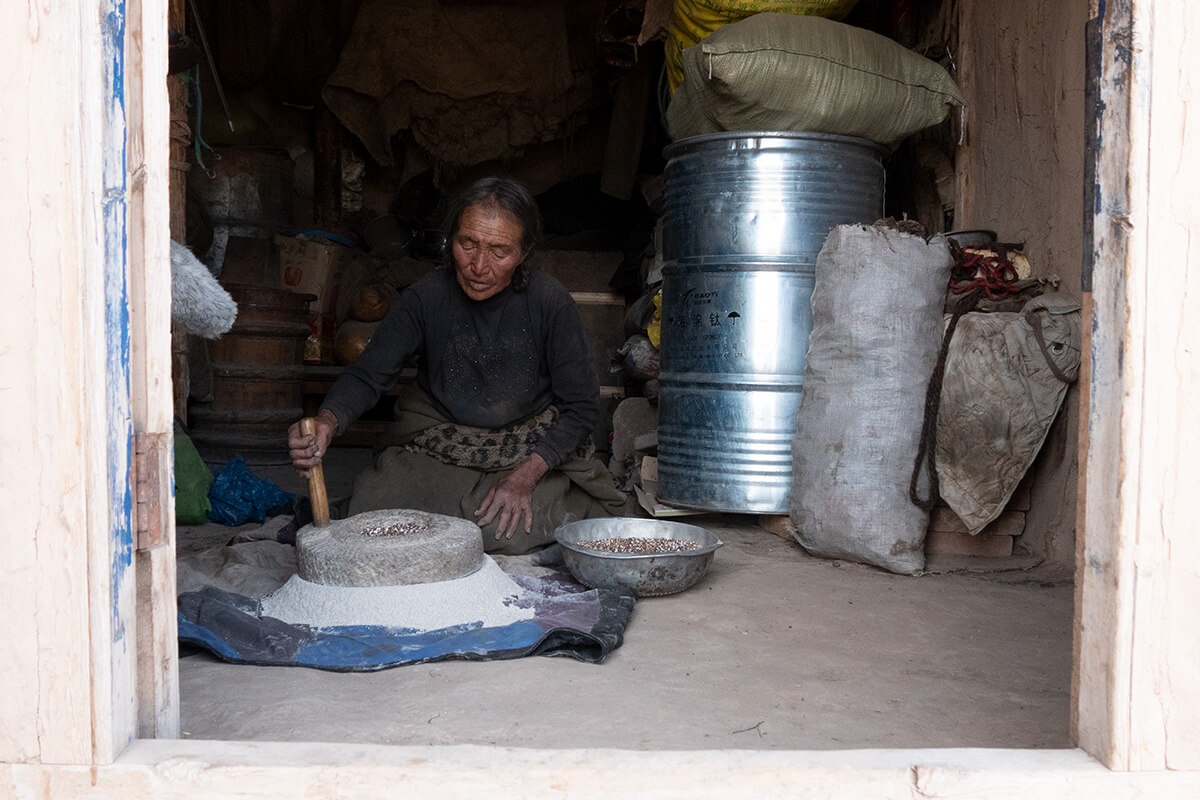 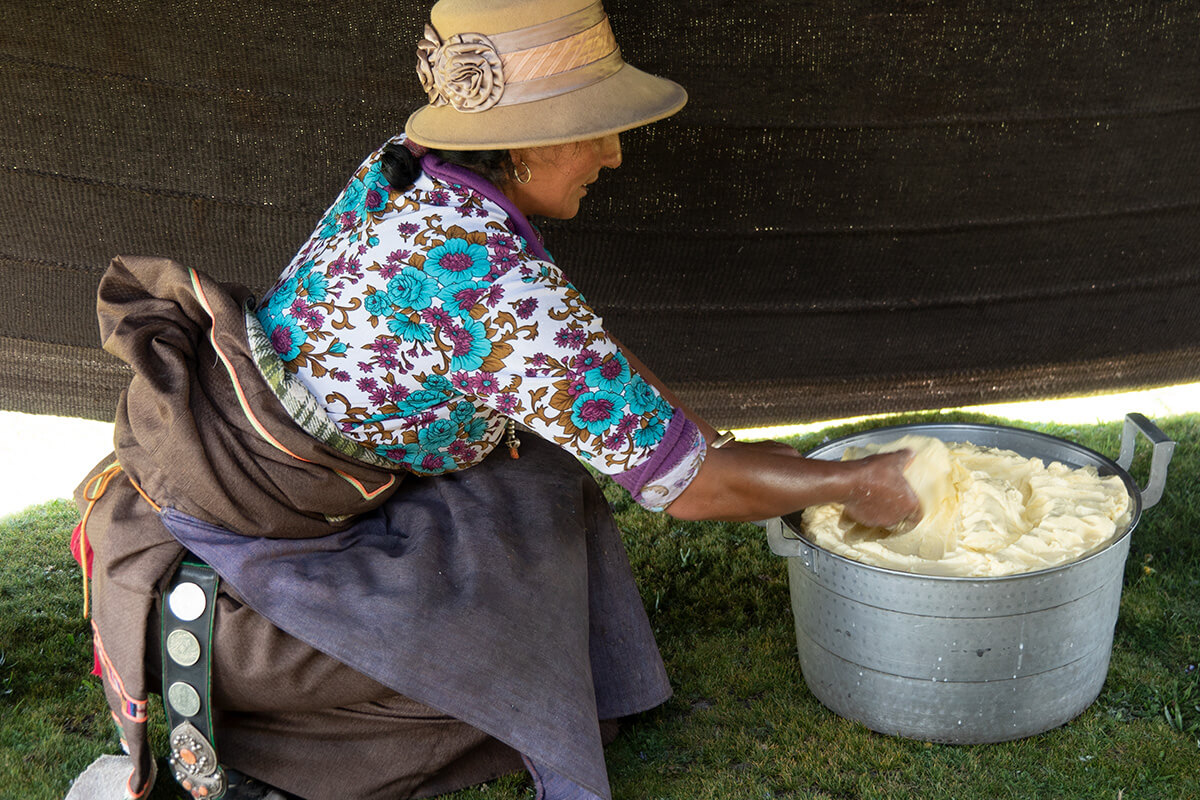 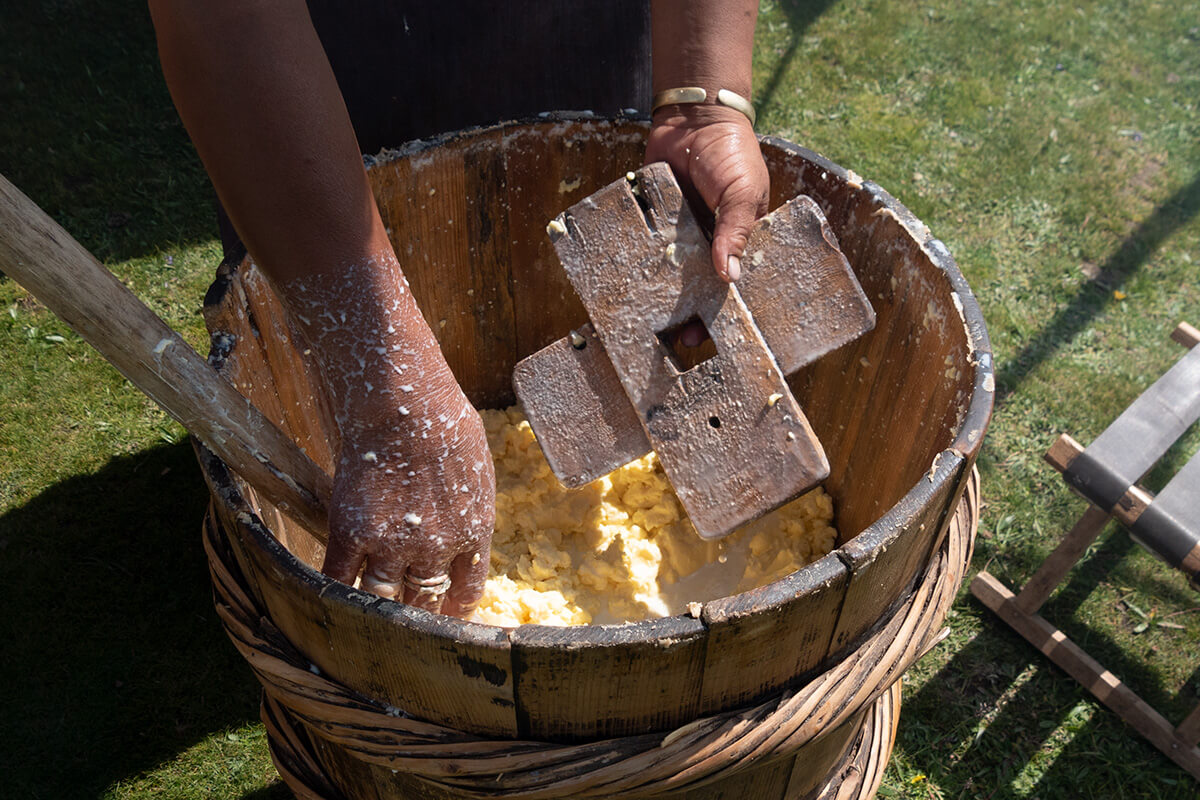 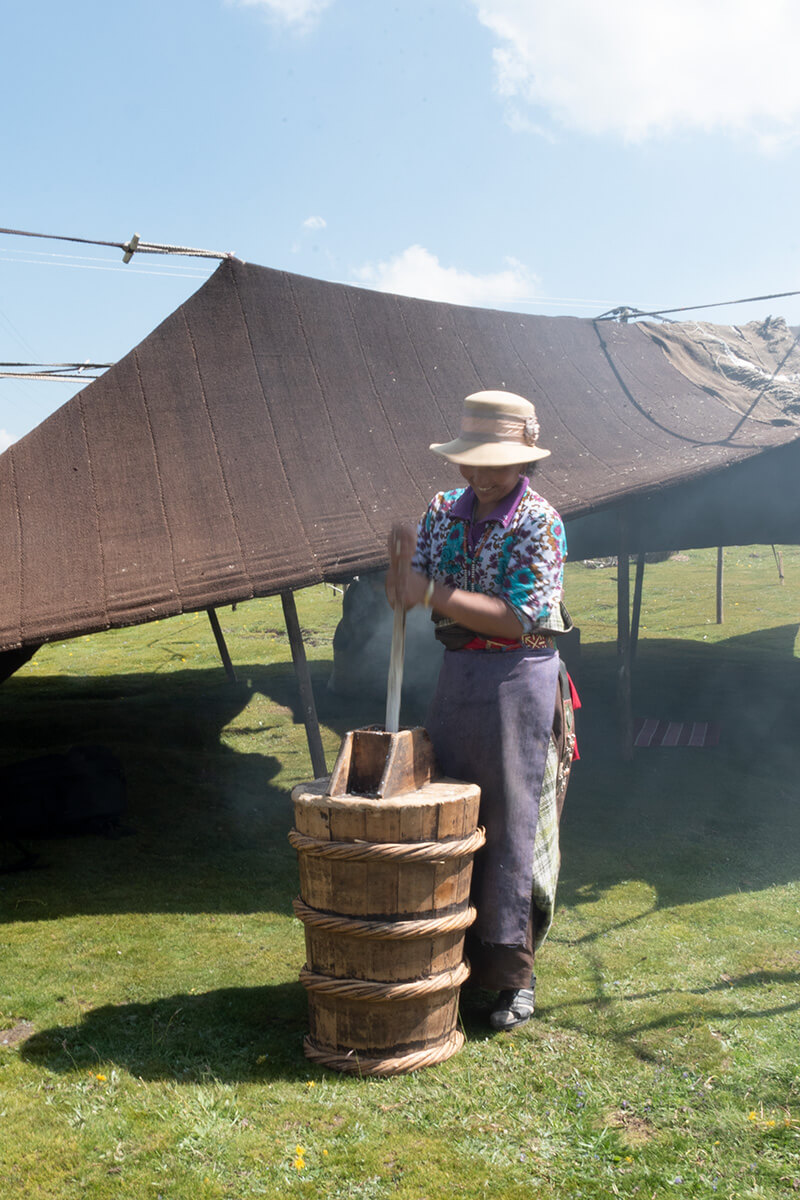 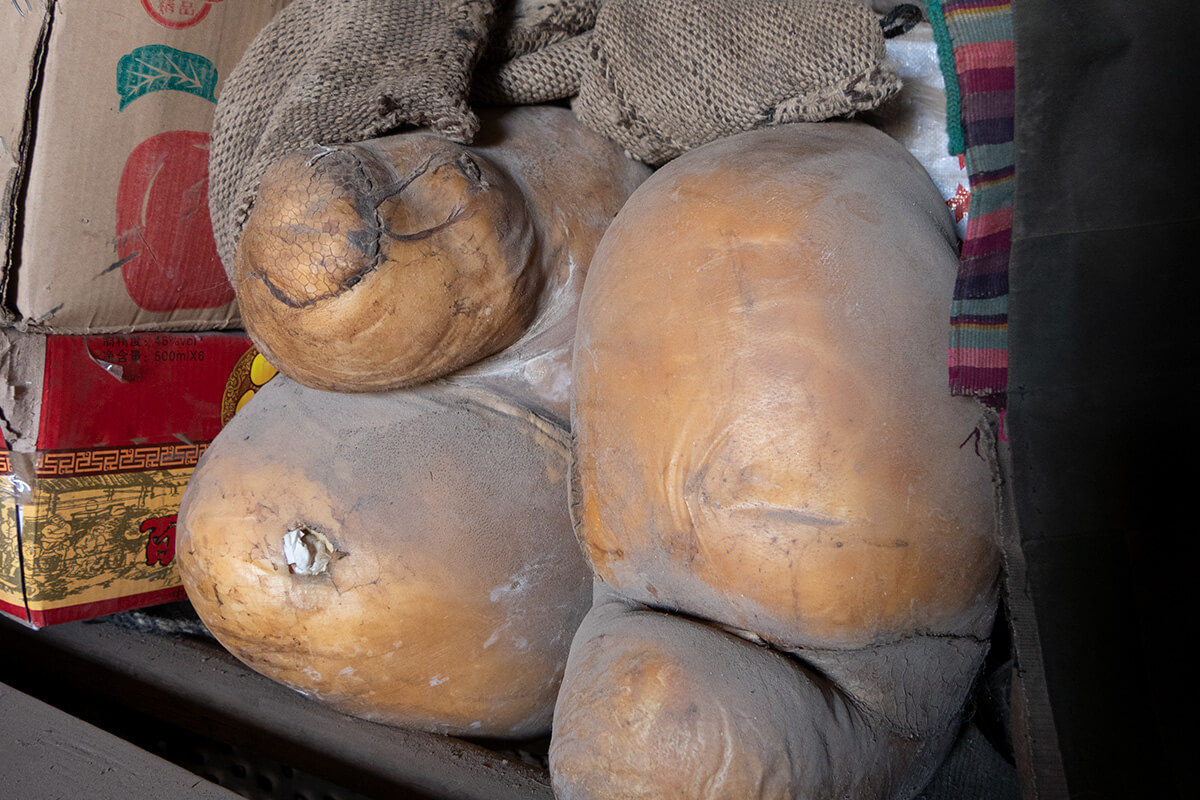 There are also delicacies that are prepared occasionally, during festivities, on sacred days, or for welcoming important guests. On such notable occasions, a family might prepare dumplings (momos), rice topped with butter, sugar, and wild yams, dried bread, and rice-noodle stew, along with copious amounts of various meats and bread. Dining tables might be filled to capacity during significant occasions as a show of hospitality. A non-Tibetan visiting a Tibetan family should learn the basic etiquette of acceptance and intricate ways to refuse food unless they want to walk away too full to function.

In addition, there is also a drinking culture among many Tibetan nomads, be it through traditional distillation or fermentation techniques they have passed down or acquired through exchange with farmers where alcohol production is more common.

The foodways of Tibetan nomads reflect the people’s appreciation and respect for the land they care for, as well as the animals they herd and consume. These foodways express cultural attitudes toward welcoming guests from far and near and illustrate the ways in which nomadic cultures extend beyond the limits of their spheres of practice.