The learning and practice of Tibetan Buddhism, especially in its philosophical exploration and scholastic advancement, is evident in Tibetan monasteries through vigorous study, complex rituals, and meditative practices. However, the everyday practice of Buddhism in the sphere of laypersons is diverse and essential to nomadic lifeways.

A layperson’s understanding and appreciation of Buddhism is often achieved through devotional practices such as prayers, prostrations, offerings to the monks and monasteries, circumambulation, and other rituals performed for specific purposes. The prayers may be for:

Even though most people know multiple and extensive daily prayers, ritual specialists like village shamans (ngag’pa) and current and former monks are invited to perform more important prayers when needed, upon consultation with local spiritual leaders such as reincarnated lamas (rinpoches) or fortune-tellers (mowa). 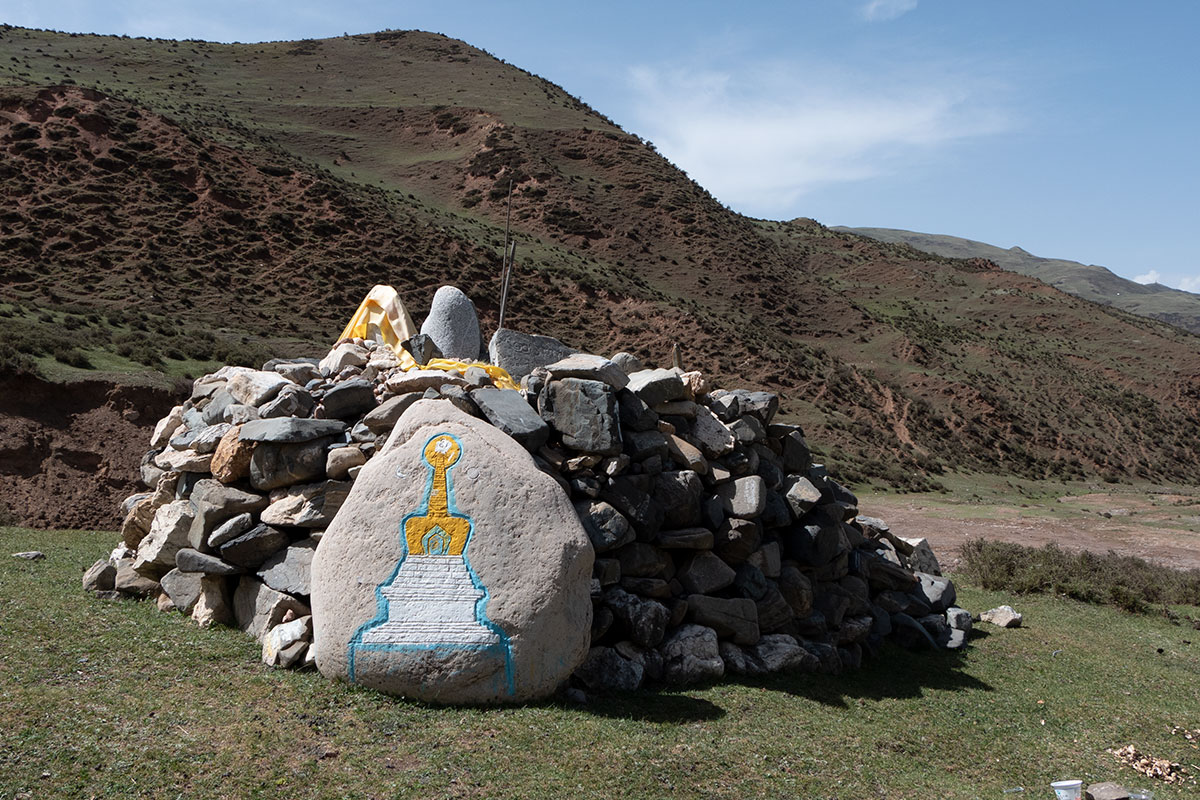 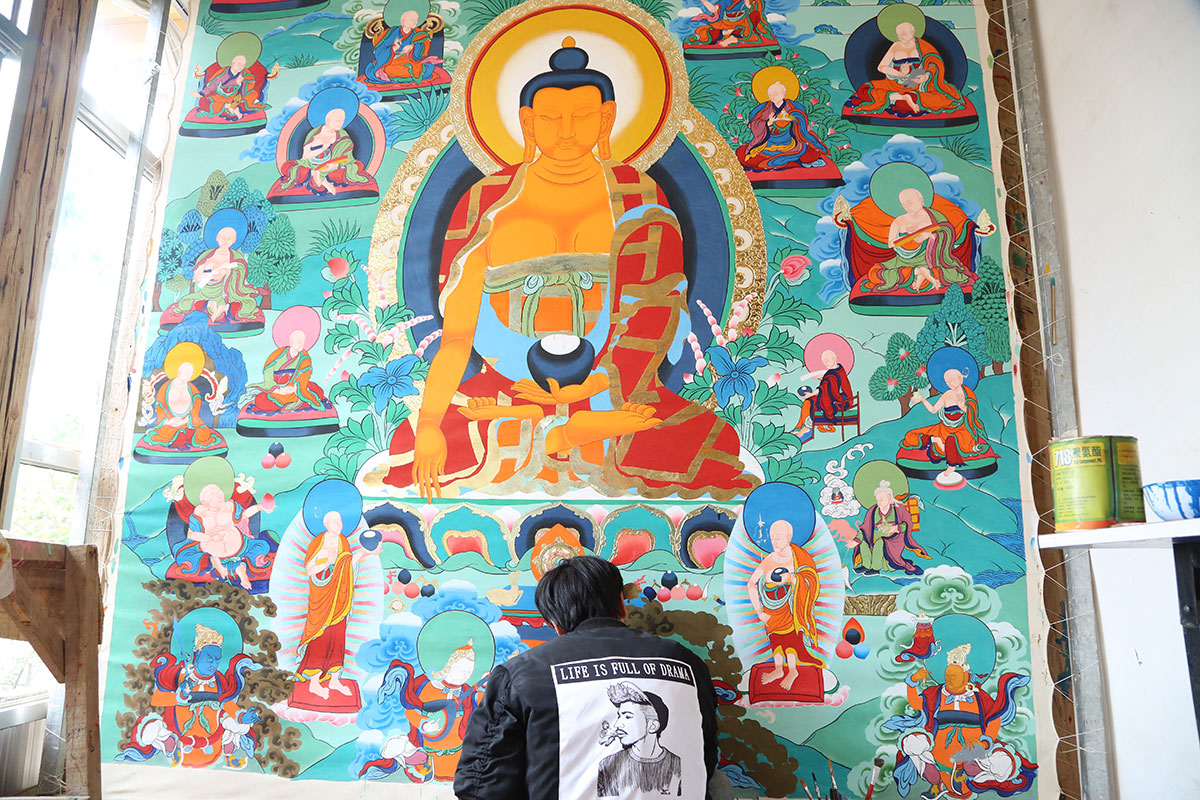 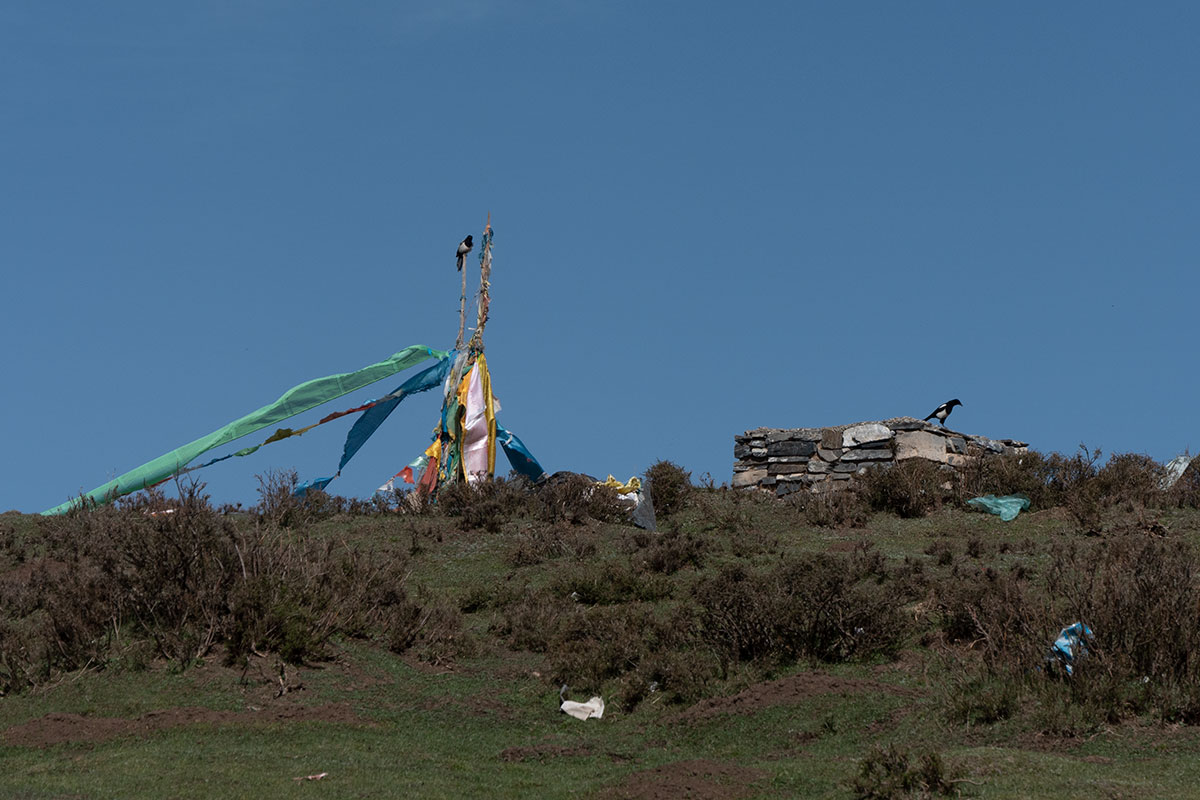 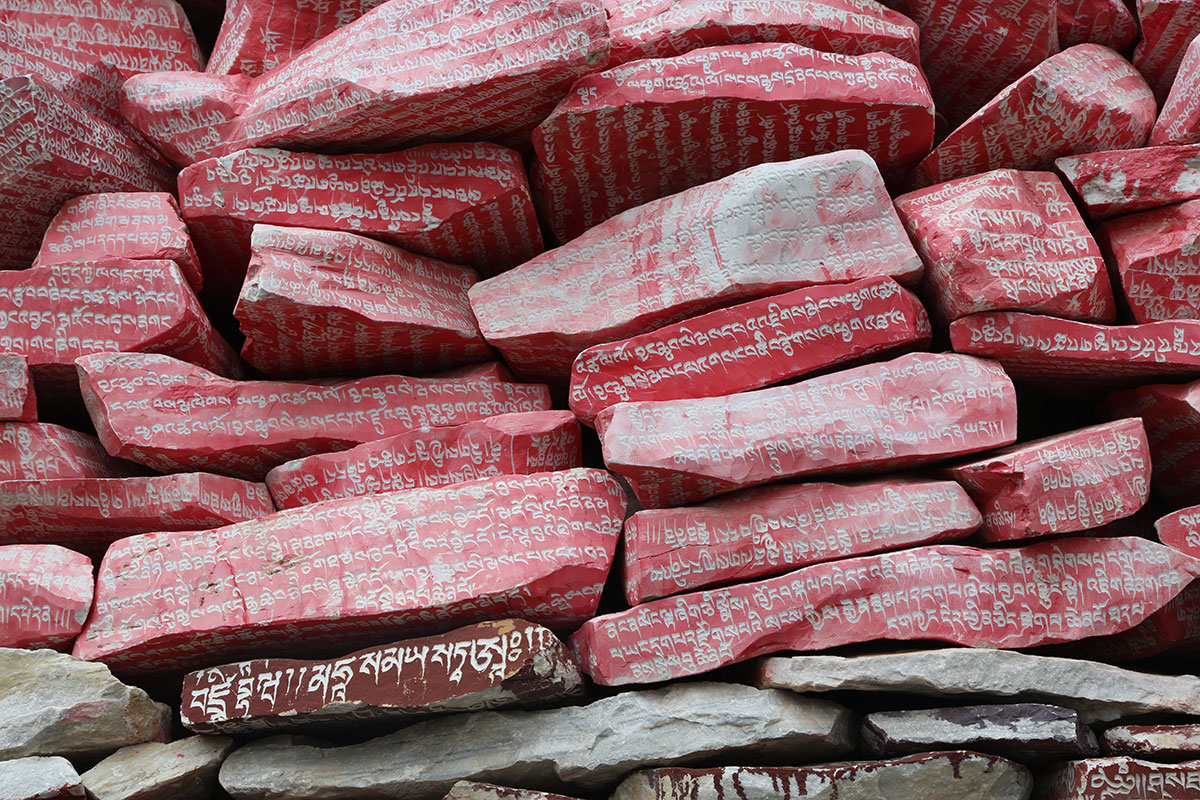 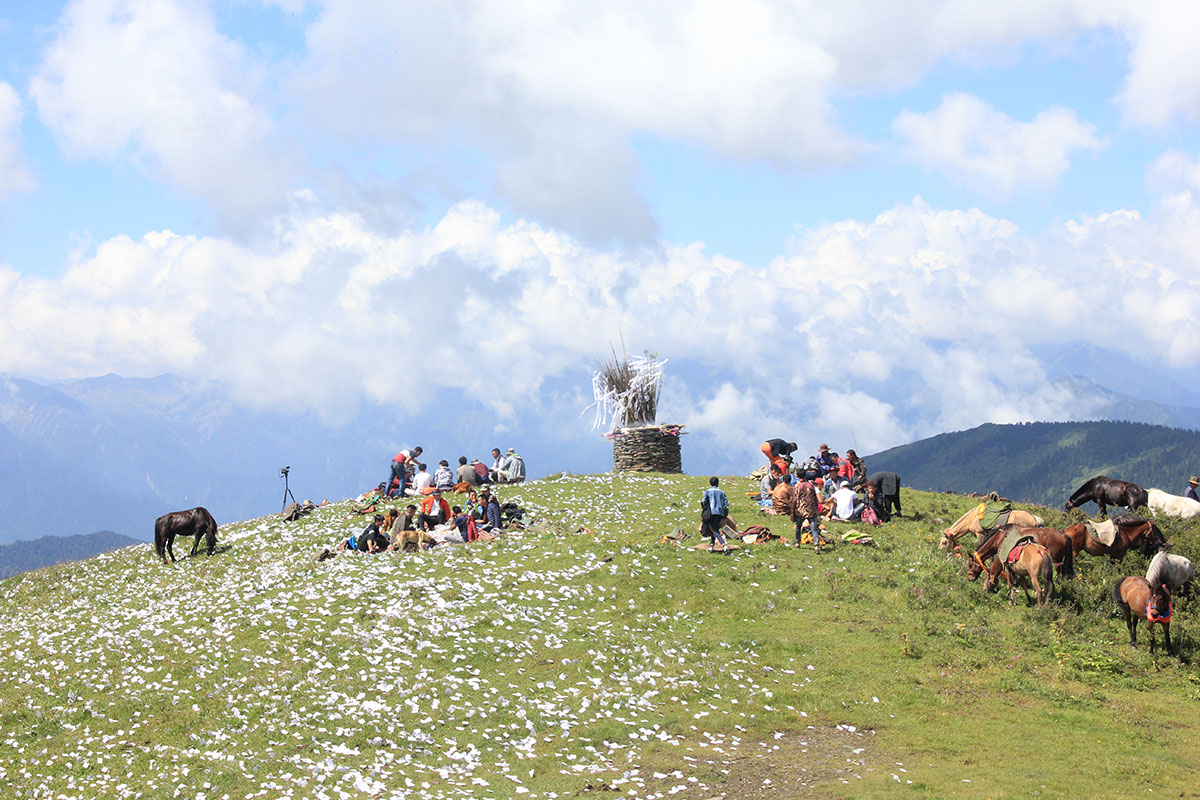 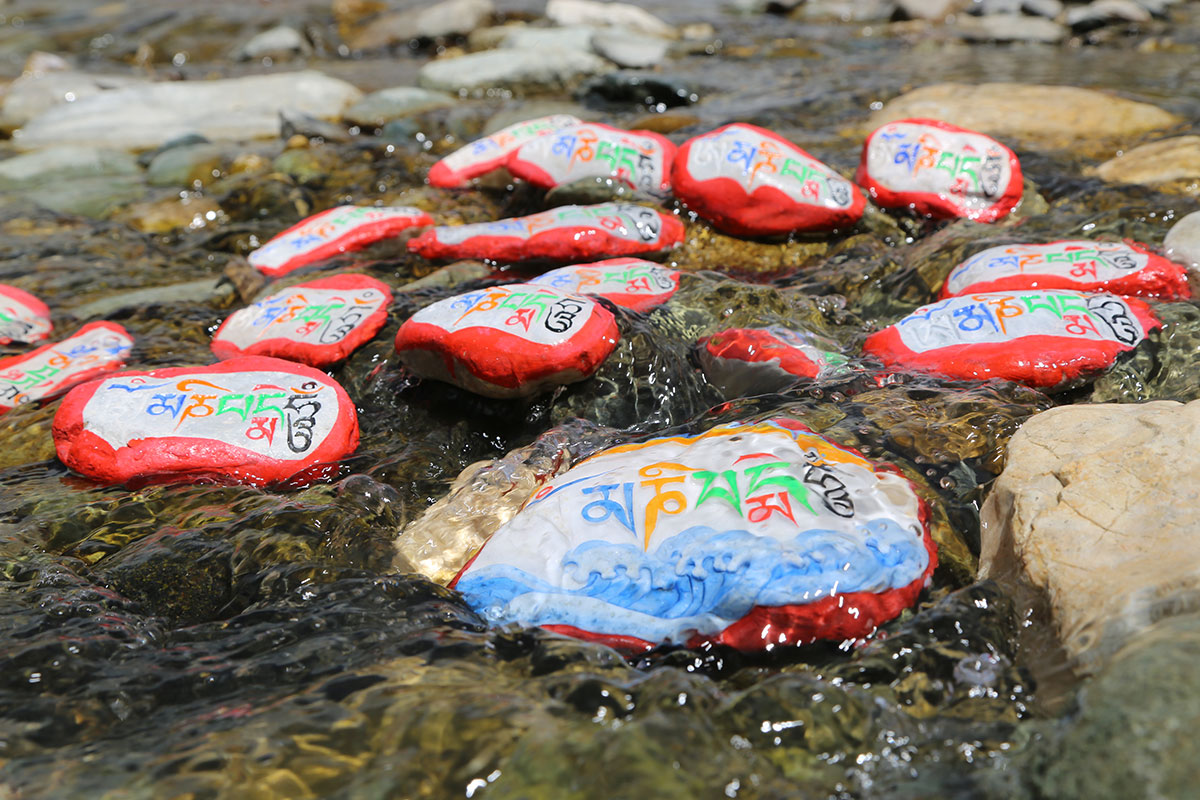 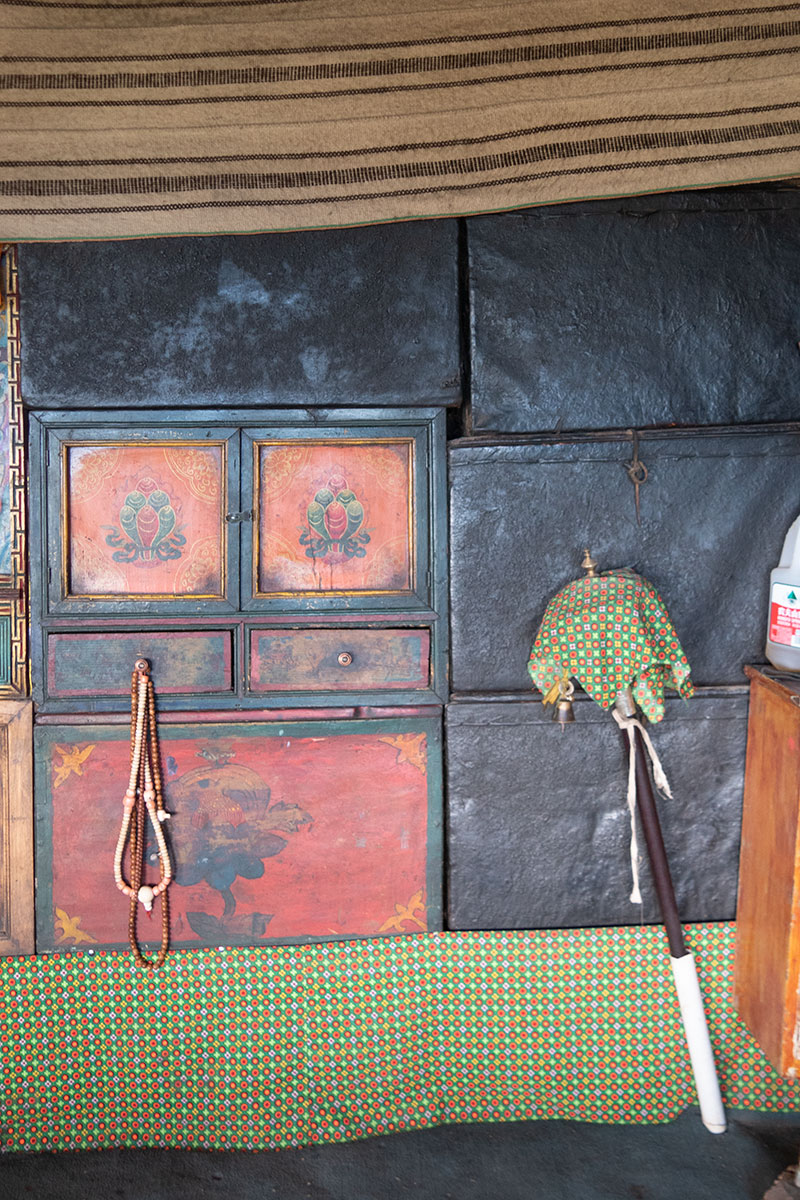 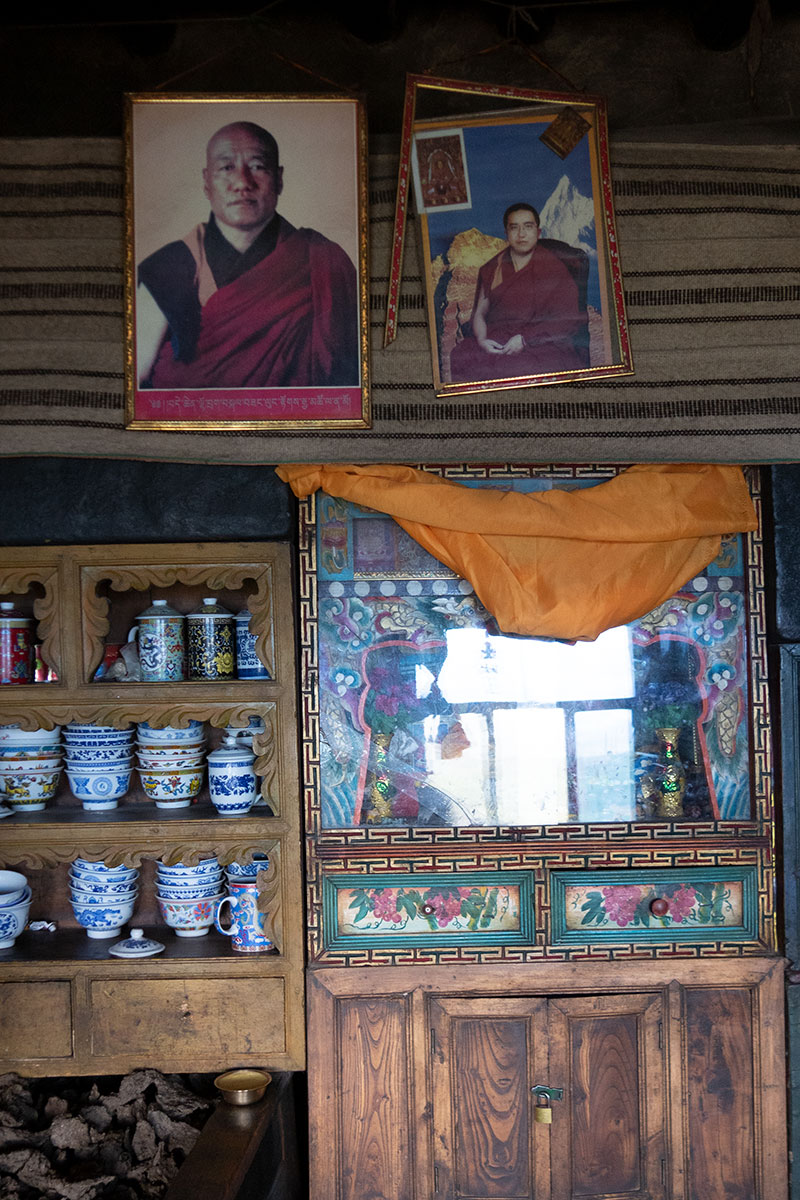 Tibetan Buddhism saturates everyday practices. A child or teen may wake to the sound of their parents’ or grandparents’ daily morning prayers, like the compassion mantra (mane) or praises to the deity Tara (sGrolma) or “Taking Refuge to Buddha” (sKyaw’Gro). Due to this passive learning, children may be able to recite the same prayers as they grow up. It is a common sight on the Tibetan Plateau for nomads to carry their rosary beads at the wrist or around their neck. The beads are used for counting prayers, primarily mane mantras, but also other prayers like the mantra of Tara or for enumerating the repetitions of prostration. The counting of prayers—recorded primarily to accumulate positive karmic merits—may be to fulfill one’s promise to the local monastery, or at the suggestion of the village fortune-teller or a local rinpoche. More often than not, daily prayers are done at one’s own behest to accumulate positive deeds and in the hope of lessening the odds of bad happenings.

Morning prayers may be accompanied by various offerings displayed in front of the family shrine. The offerings may be in the form of the first fetching of water from the river, the first cup of milk gathered in the morning, a butter offering to the family stove, or the burning of incense: juniper tree leaves, wild sage or other flowers, or incense sticks from the local monastery or shops. There are also daily pre-meal prayers and offerings.