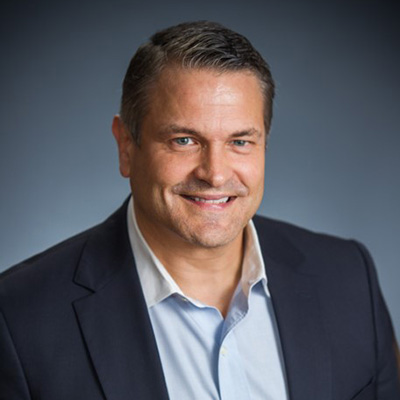 Boochever has a deep commitment to nonprofit board leadership and volunteer work. He is a commissioner emeritus of the Smithsonian’s National Portrait Gallery. At Cornell, he is an elected member of the Board of Trustees, the Cornell University Council, and the College of Arts & Sciences Advisory Council. He is a national board member of Higher Achievement, an award-winning after-school academic enrichment program, where he also served as a mentor. 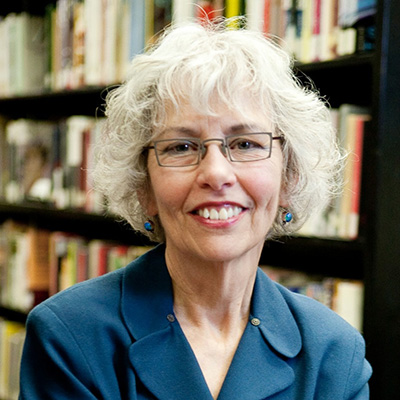 
Ginnie Cooper has been a librarian for many years. She retired from the District of Columbia Public Library where she served as chief librarian for eight years. Previously, she led libraries in five states, including in New York City as executive director of the Brooklyn Public Library. She believes in the power of public libraries to make a difference in the lives of individuals and to strengthen the communities they serve.

Since her retirement, she has continued to work in support of greater community understanding through board service at Poets House in New York City and Literary Arts in Portland, Oregon. 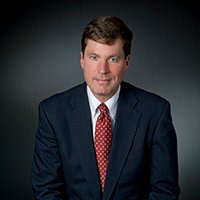 
Thomas C. Downs is principal at Downs Government Affairs, LLC, in Washington, D.C. He is an attorney and consultant who works to develop legislation, shape new federal programs, and promote partnerships involving the federal government, colleges and universities, state and local governments, and other clients.

Before entering private law practice more than twenty years ago, he served as legislative aide and chief of staff in the U.S. House of Representatives and Senate. Now, he also serves as a member of the Board of Trustees of National History Day. 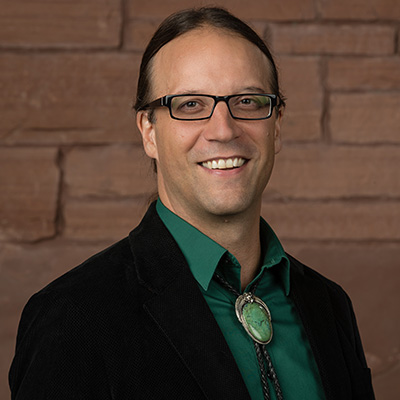 
Chad S. Hamill serves as vice president for the Office of Native American Initiatives (ONAI) at Northern Arizona University, where he maintains a faculty position in the Department of Applied Indigenous Studies. With an emphasis on expanding educational opportunities for Native American students and their communities, ONAI has developed programs in the areas of tribal leadership, environmental stewardship, culturally responsive K-12 pedagogy, and Native mentorship.

An ethnomusicologist, Hamill’s scholarship is focused on song traditions of the Interior Northwest United States, including those carried by his Spokane ancestors. In addition to his book, Songs of Power and Prayer in the Columbia Plateau (Oregon State University Press), he has produced numerous articles centered on Columbia Plateau songs and ceremony. He also serves as vice president and treasurer of the Spokane Language House, a nonprofit that contributes to the sustainability of the Spokane language. 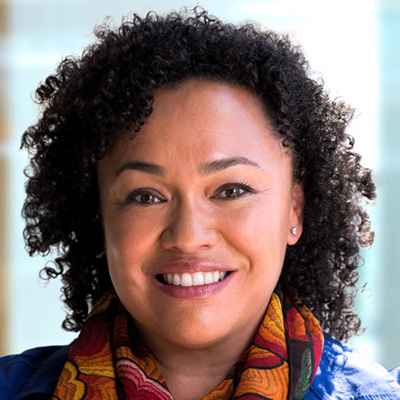 
Maria Rosario Jackson is a professor at Arizona State University in the Herberger Institute for Design and the Arts and the College of Public Service and Community Solutions. She is the former director of the Culture, Creativity and Communities Program at the Urban Institute, where she led research on arts and culture indicators. Her work appears in a wide range of professional and academic publications, and she has been a speaker at numerous national and international conferences. She earned a doctorate in urban planning from UCLA and a master’s degree in public administration from the University of Southern California.

In 2013, President Obama appointed Jackson to the National Council on the Arts. She also serves on the advisory boards of the Lambent Foundation and L.A. Commons, and on boards of directors of the Alliance for California Traditional Arts and The Music Center in Los Angeles. 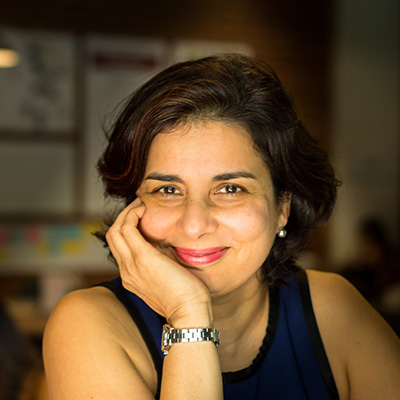 
Gouri Mirpuri is passionate about social entrepreneurship, youth empowerment, and environmental sustainability. In 2005, she combined these interests to set up the award-winning The Learning Farm in Indonesia, a residential farm teaching vulnerable youth and refugees organic farming. She co-founded the Impact HUB in Singapore, the first co-working space for social entrepreneurs in Southeast Asia and continues to support social impact businesses globally.

Gouri is a TEDx and INK speaker, a columnist on environmental issues, and author of several published nonfiction books. She sits on the boards of many D.C.-based nonprofit organizations, including Halcyon Incubator, the Environmental Film Festival, Kalanidhi Dance, and Up Top Acres. She also serves as president for the U.S. chapter of United in Diversity. 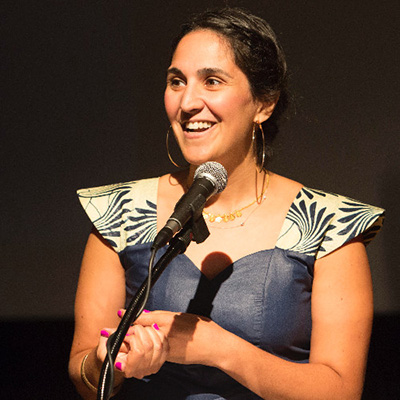 
Selina Morales is a public interest folklorist whose work focuses on urban folklife and the role of community aesthetics in social justice action. As director of the Philadelphia Folklore Project, she tended the mission and vision of the organization and collaborated on groundbreaking initiatives: Honoring Ancestors, an exhibition highlighting contributions of African and African American dancers and drummers; the Liberians Women’s Chorus for Change; Soul Songs: Inspiring Women of Klezmer; and La Ofrenda: Beauty Made Visible, a project about home altars in Philadelphia’s undocumented Mexican community.

Morales holds an MA in folklore from Indiana University Bloomington and a BA in anthropology from Oberlin College. She is a faculty member at Goucher College’s Masters in Cultural Sustainability program, where she teaches courses on ethical and effective cultural partnerships and non-profit management. In 2017, she was honored as one of the Delaware Valley’s Most Influential Latinos. 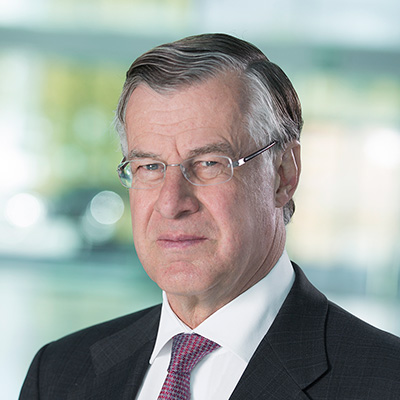 
As one of the few people to have stood on eight poles, Paulsen has a deep historical and scientific interest in polar exploration. His philanthropic interests are global, ranging from environmental projects in South Georgia to infertility treatments to address demographic issues in Russia, and from art and cultural support in Germany to the protection of heritage artwork in Bhutan. He is also the recipient of numerous national honors, including Officier de la Légion D’Honneur, granted by President François Hollande of France, and the Officer of the Most Excellent Order of the British Empire.

Paulsen is a member of the Salk Institute’s Board of Trustees and a President’s Club life member. He has established, through the Frederik Paulsen Foundation, the Dr. Frederik Paulsen Chair. 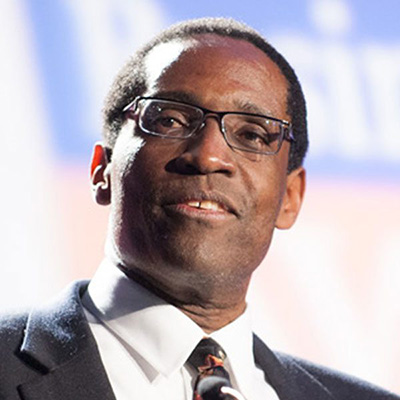 
George K. H. Schell is currently general counsel at The Presidio Trust. He previously worked for The Coca-Cola Company as chief marketing counsel and director of business affairs. Prior to his tenure at Coca-Cola, he was vice president and general counsel for the Oakland Athletics Baseball Company and chief of general litigation for the City of San Francisco. Schell began his legal practice as a litigation associate for Steinhart & Falconer in San Francisco after serving as a staff attorney for the Ninth Circuit Court of Appeals. He received his law degree from the UCLA School of Law in 1984.

Schell founded OfficeSeer LLC, a consulting company that provides speaking and management training services. He became chief operating officer for Beyond Law, a skills and success mindset training program for young lawyers. He was selected as one of the inaugural members of the California Minority Counsel Program’s Hall of Fame. 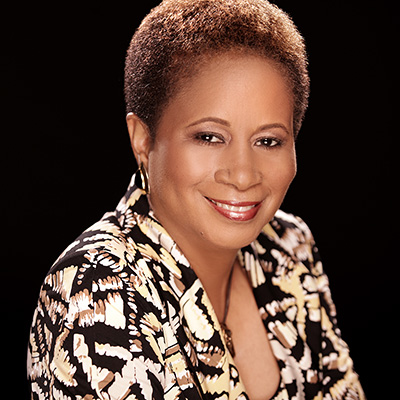 
Jacquie Gales Webb is a Peabody Award-winning producer, performer, and gospel radio show host on 96.3 WHUR. She is also director of content at the Corporation for Public Broadcasting, where she works to support and improve the nation’s public media system.

Webb produced two gospel music CD compilations for Time Life and is a featured gospel expert in the documentary film Rejoice and Shout. Her awards include a Lifetime Achievement Award from the National Convention of Gospel Choirs and Choruses, the George Foster Peabody Award from the University of Georgia, the Alfred I. duPont Silver Baton from Columbia University for the radio documentary Black Radio: Telling It Like It Was, six local Emmy Awards, and fourteen nominations from the National Academy of Television Arts and Sciences.

She also serves on the community advisory board for the John F. Kennedy Center for the Performing Arts.