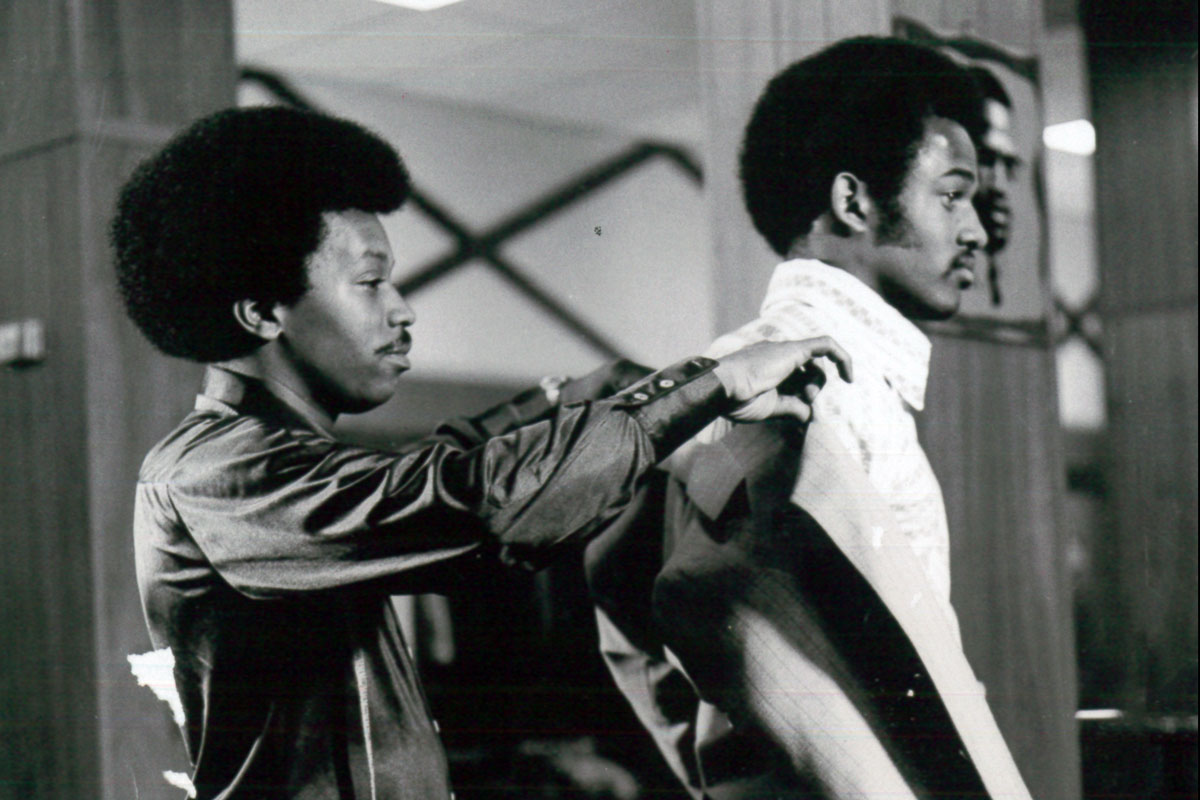 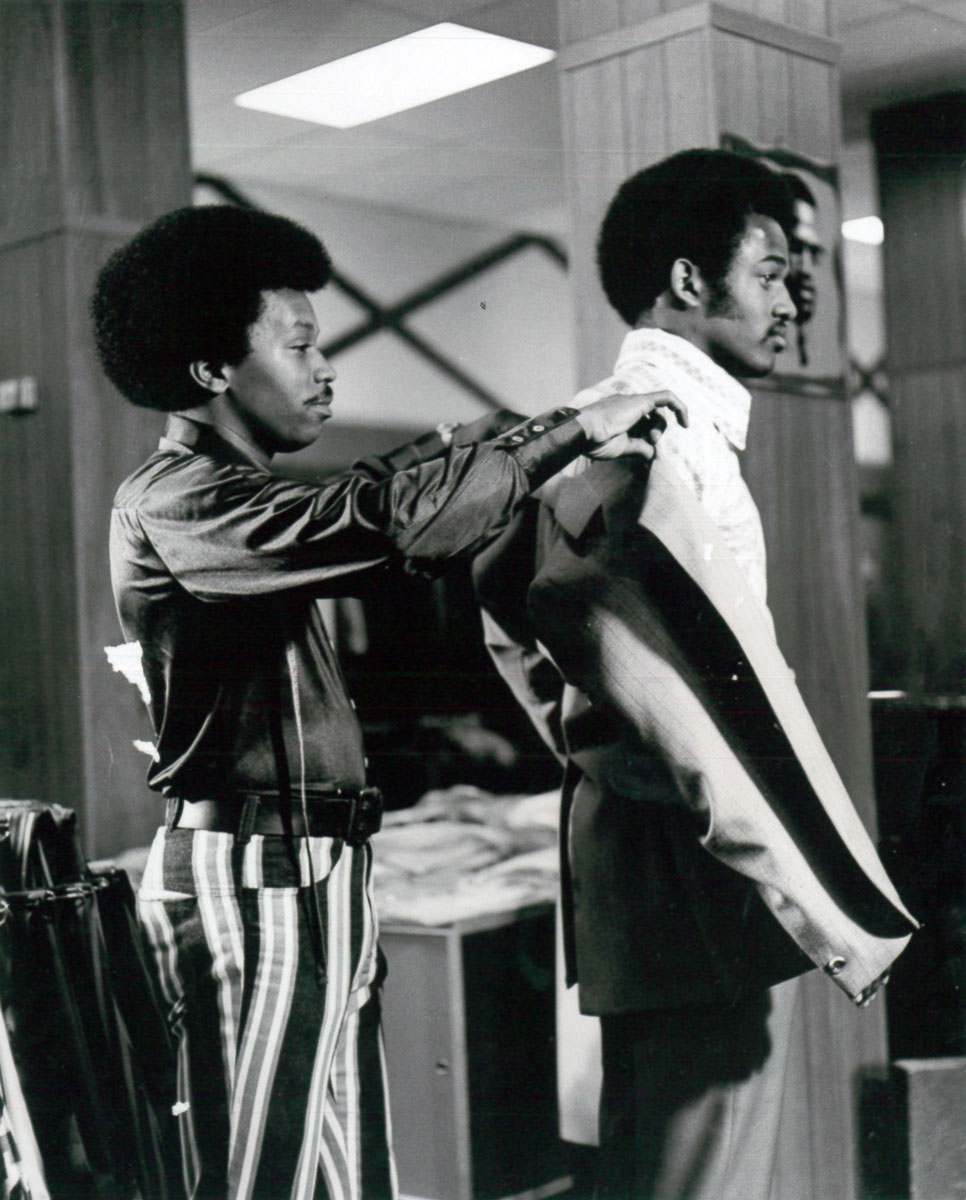 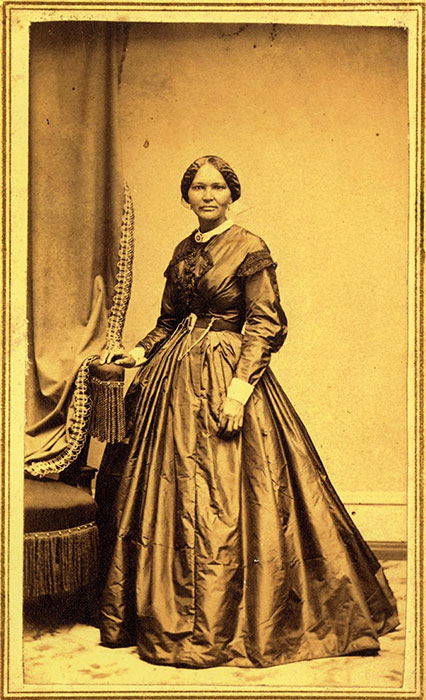 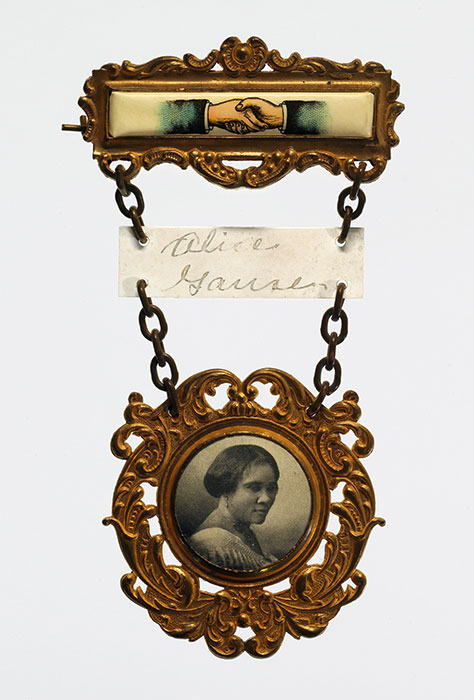 In the 1970s, the Mr. Man shop catered to well-dressed, upscale African American clientele in Washington, D.C. This photo is from owner Rufus Isley’s scrapbook.
Photo courtesy of Rufus Isley
Elizabeth Keckley (1818–1907) was born into slavery in Dinwiddie County, Virginia. She developed a talent for needlework, and she purchased her freedom with the earnings she made as a skilled dressmaker. In 1861, she began working for First Lady Mary Todd Lincoln. She became her principle dressmaker and confidante.
Photo courtesy of Moorland-Spingarn Research Center, Howard University
In 1917, the Madame C.J. Walker Hair Culturists Union of America Convention in Philadelphia was likely the first national convention for African American women entrepreneurs. The convention, which offered badges like this, promoted business success as well as charitable giving and activism.
Photo courtesy of the Smithsonian’s National Museum of African American History and Culture

Throughout their history in the United States, people of African descent have used adornment and the body arts as channels of economic, social, and political independence and activism.

Before emancipation, African American couturiere Elizabeth Keckley built a thriving business with both African and European American clientele that later enabled her to purchase her own freedom. As Mary Todd Lincoln’s designer and confidante, Keckley was able to support the movement for emancipation both financially and through her influence in the White House.

Enterprising inventor and educator Annie Malone created the model that inspired and guided a proliferation of family-owned beauty schools. Rosa Parks, a central figure of the civil rights movement, was working as a skilled dressmaker at the time her actions initiated the Montgomery Bus Boycott that led to the end of legal segregation.

In more recent years, immigrants from Africa, the Caribbean, and Latin America have brought custom tailoring, dressmaking, braiding, and other hairstyling techniques and traditions to the barber shops and the beauty salons that are still mainstays in African American neighborhoods.