The SomVallBas methodology and theoretical frame is the result of Smithsonian curators in continuous conversation with local community members and scholars, including anthropologists, historians, linguists, archeologists, archivists, librarians, ethnomusicologists, and historians of religion.

Together we have created an enormous collection of documentation dedicated solely to the Vall d’en Bas, which is now part of the Smithsonian’s permanent collection. It will also be housed in two Catalan archives. We will also share local stories about the Vall d’en Bas environment, food, musical traditions, artisans, and craftsmanship with an international audience. 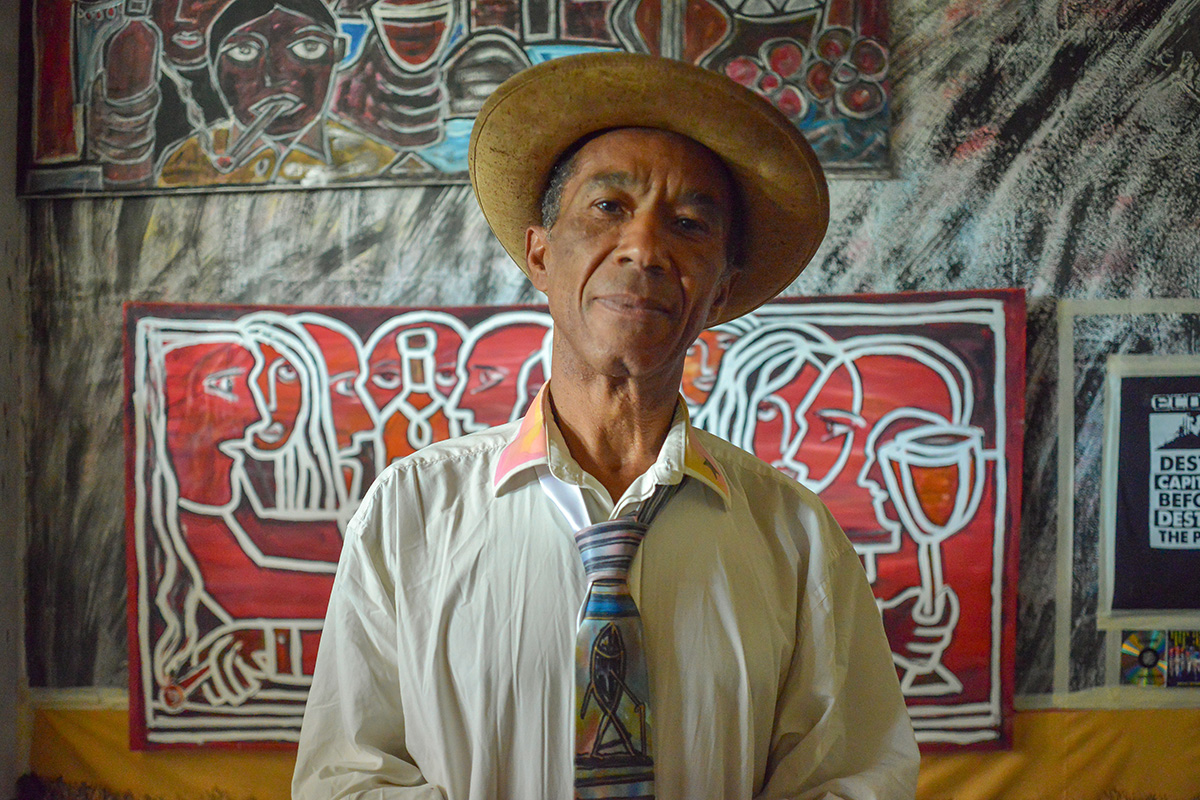 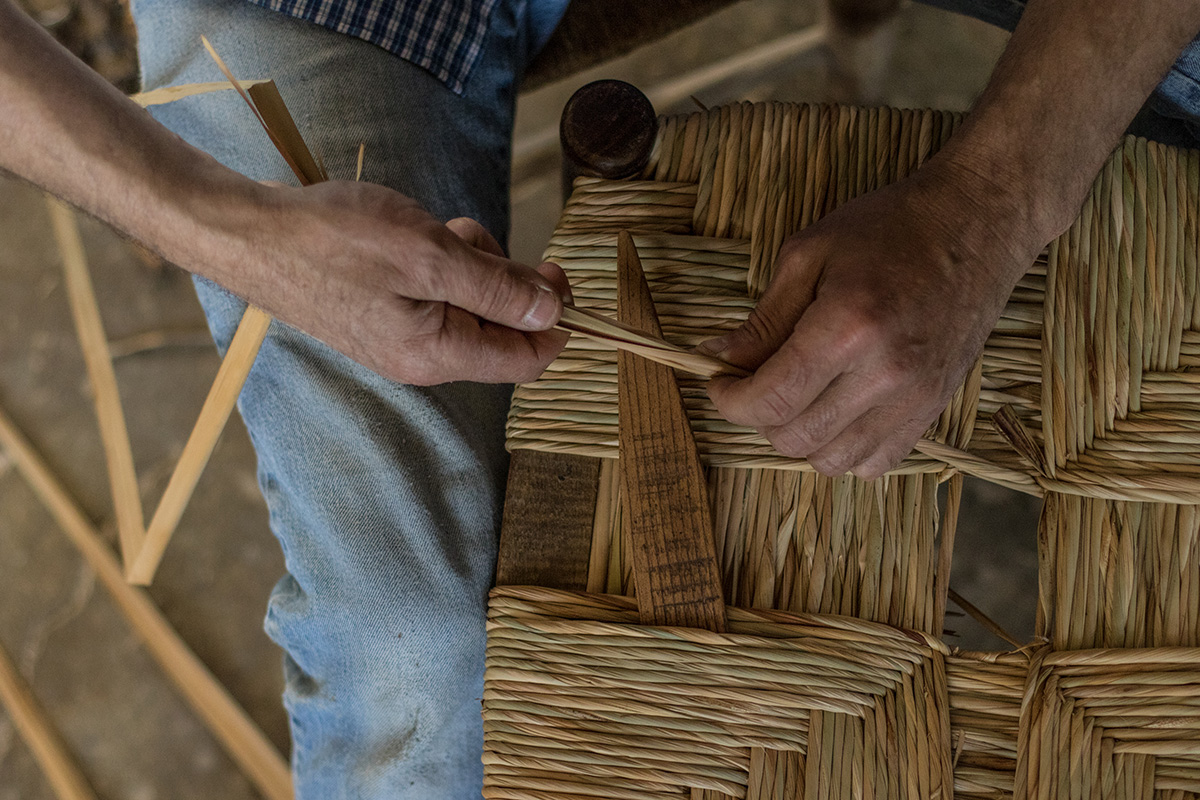 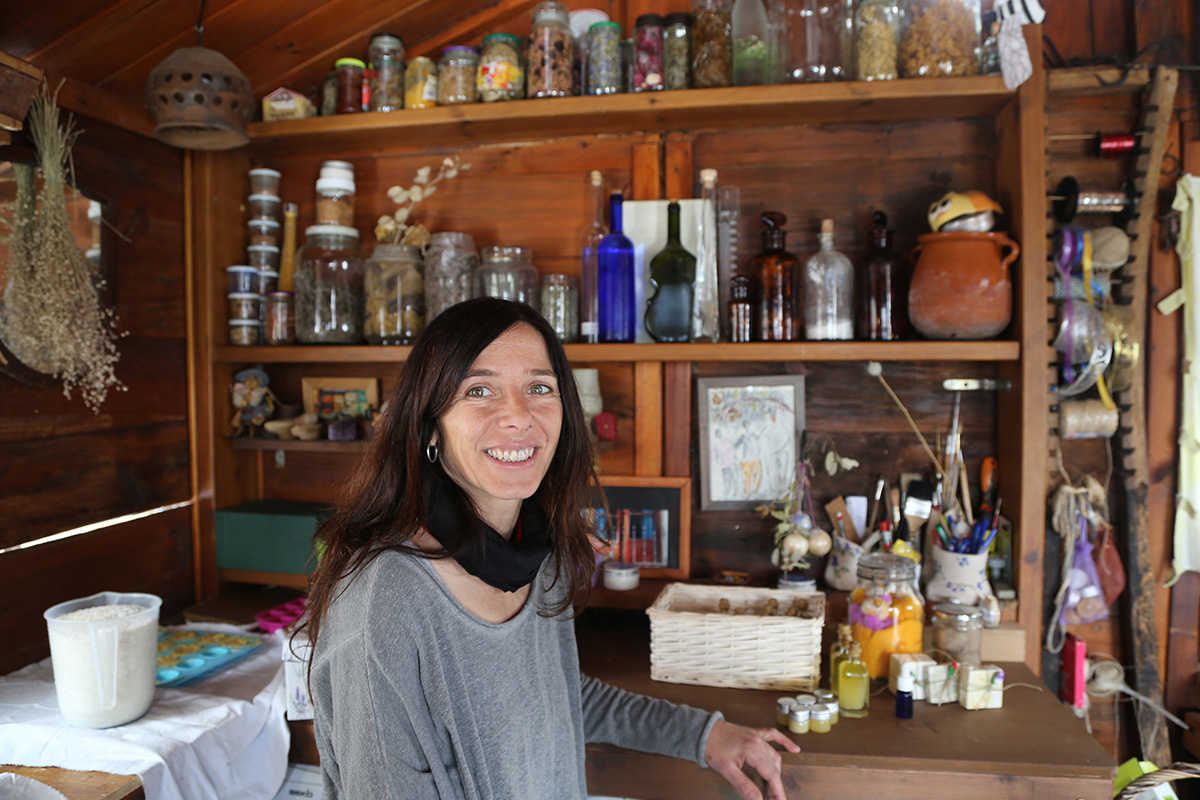 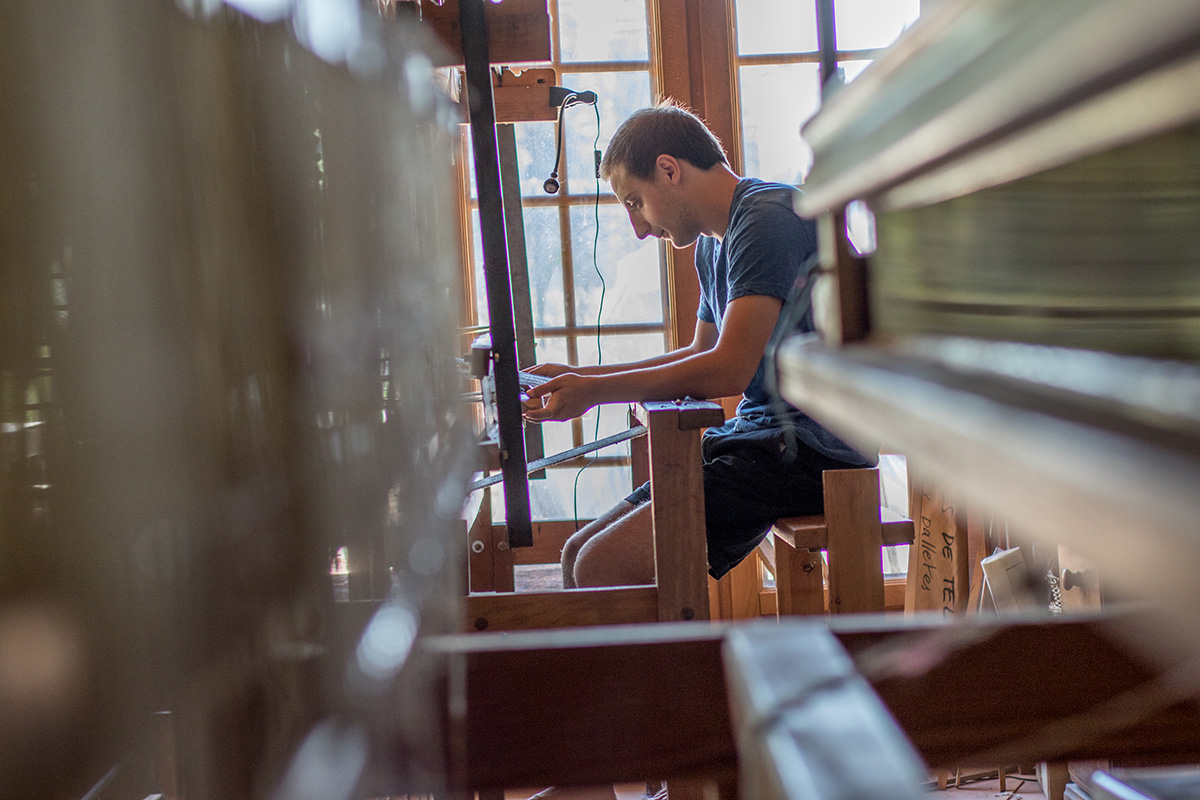 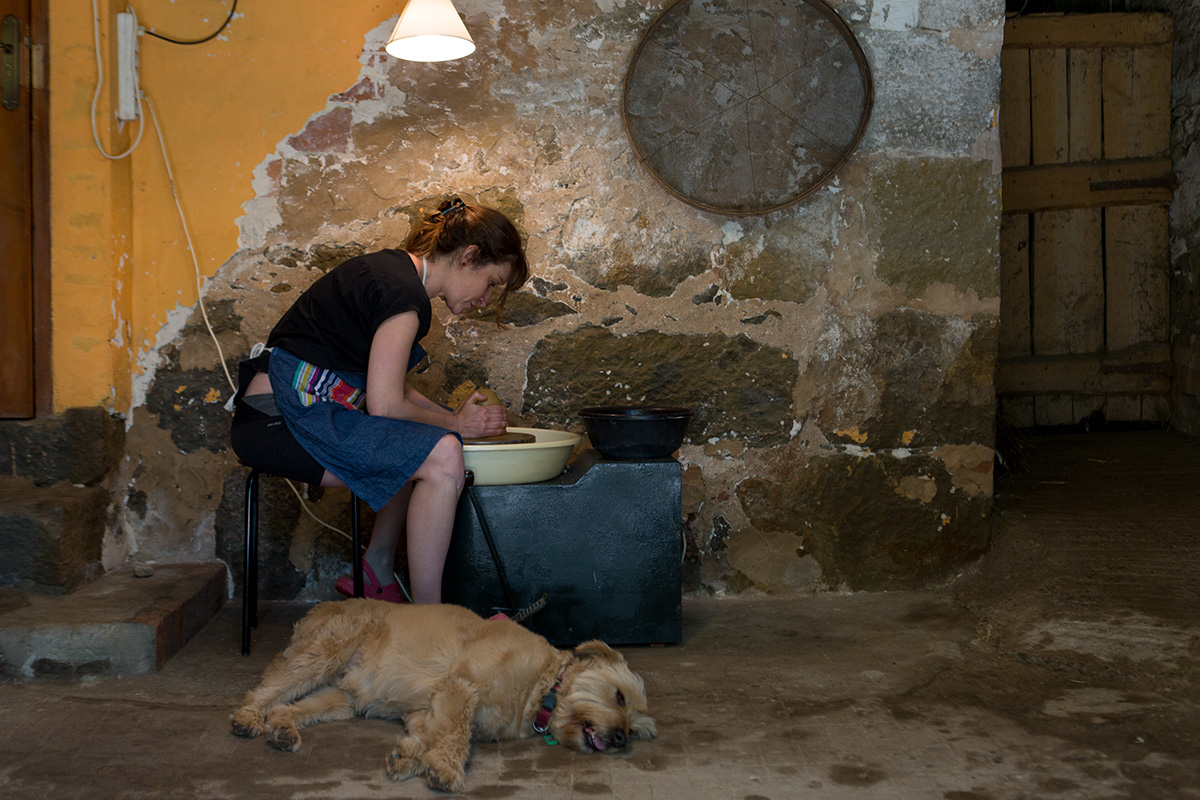 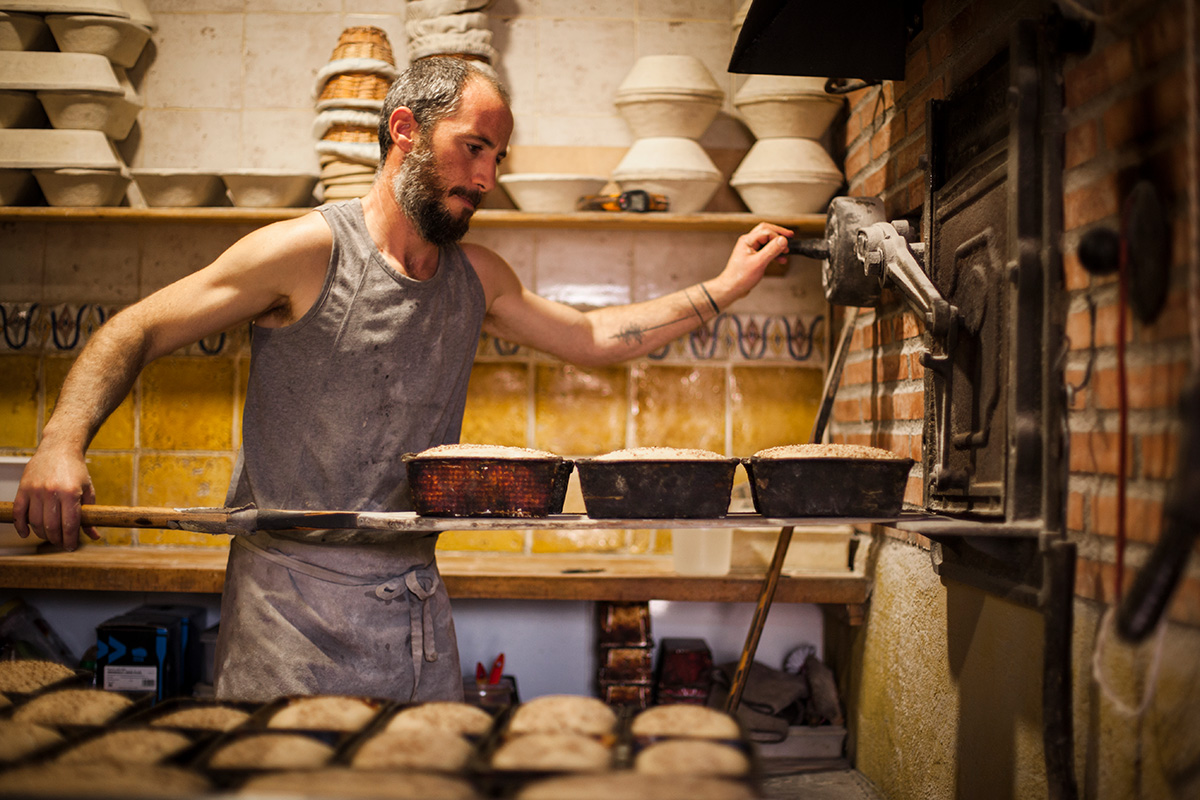 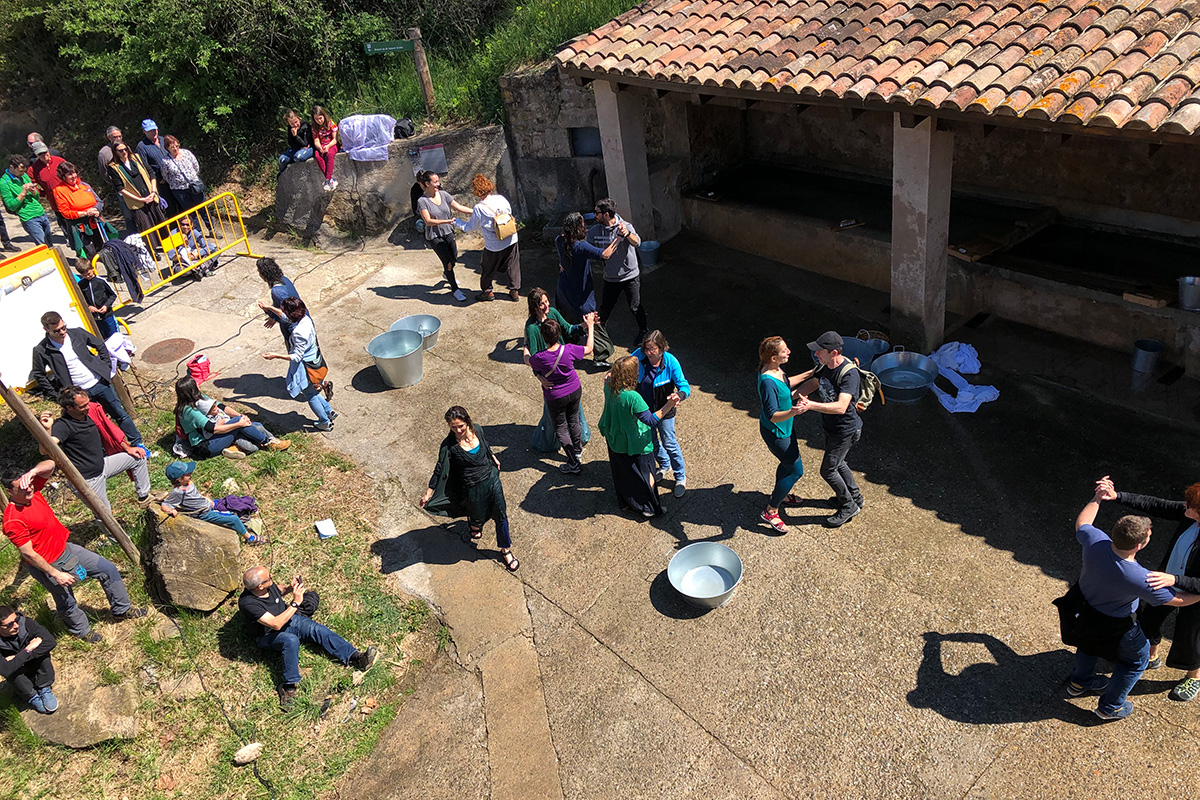 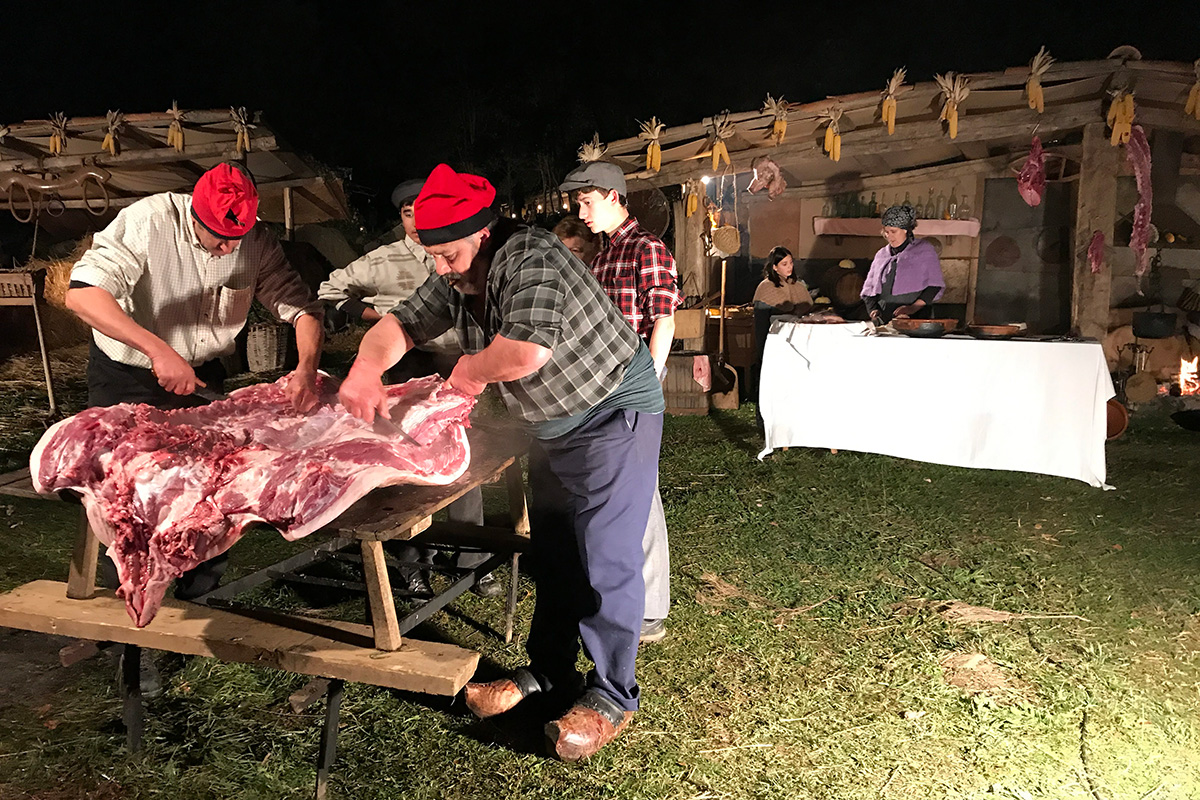 1 / 8
Artist Antognioni Brunhoso in his home and studio in St. Esteve. In the background is one of his favorite paintings, inspired by the Holy Supper.
Photo courtesy of Antoni Soler Sueiro
2 / 8
David Dorca is among the second generation of Joanetes artisans who weave reed chairs, stools, and rocking chairs.
Photo by Marc Planagumà
3 / 8
Eva Rosich is a nurse and a trementinaire—a “turpentine maker” or traditional herbalist—from Puigpardines. During her visits to the primary care center, she records old herbal remedies and then investigates and documents them. She also makes herbal cosmetic and house cleaning products.
Photo by Pablo Molinero, Ralph Rinzler Folklife Archives
4 / 8
Since 2006, in Can Maria bonica (“House of Beautiful Mary”) in Puigpardines, Trini has worked her looms. Her son Gorka practices the craft as well.
Photo by Marc Planagumà
5 / 8
Yvonne Gómez had a career in Barcelona, but in 2014 she decided to follow her creative instincts and move to St. Esteve. She went to art school in Olot where she became interested in ceramics. She rooted her creativity in the landscape around the Vall d’en Bas.
Photo by Marc Planagumà
6 / 8
Ángel Zamora is a self-taught baker and founder of the La Fogaina bakery in the Vall d’en Bas. He learned to make bread from a British woman while he was living in Alpujarras, a natural and historical region of Andalucía. When he moved to Catalonia years later, he started selling bread in the market in Olot. To learn how to make new types of bread, he watched videos, visited forums and websites.
Photo by Pablo Molinero, Ralph Rinzler Folklife Archives
7 / 8
Since the open-air laundry of La Pinya no longer serves this public utilitarian purpose, now once a year people gather there to dance.
Photo courtesy of Laura Canalias
8 / 8
Due to the ratification of European hygiene laws and the Law of Animal Protection in Catalonia, the killing of the pork is mostly another stop in the Pessebre Vivent, or Living Nativity Scenes, of Joanetes. Not so long ago, however, the killing of the pork was a very powerful social and building community event.
Photo by Meritxell Martín i Pardo

First, our research team scouted out all written materials about the Vall d’en Bas—from newspaper clippings to books, festival programs to hiking guidebooks. This first step situated the project within previous findings and allows us to develop relevant research questions.

Next, the research team grew to incorporate fourteen local university students from the Universitat Autònoma de Barcelona and the Universitat de Girona to conduct more than 600 interviews—that’s twenty percent of the Vall d’en Bas population—over the course of eight weeks. The goal was to create a map of the region’s living cultural traditions and understand the community’s priorities.

In more than 800 hours of recorded interviews, we identified respected members of the community, meaningful places, exceptionally creative people, widespread recipes and their ingredients, and salient objects and their rituals. We also paid careful attention to document extant social networks.

Finally, in collaboration with the Directorate General of Popular Culture and Cultural Associations of the Department of Culture of the Generalitat of Catalonia, we are inventorying the traditions we documented during the fieldwork. In addition to listing the living cultural traditions of the valley, we describe, catalogue, and indicate the degree of endangerment according to the standard practices of the Generalitat.