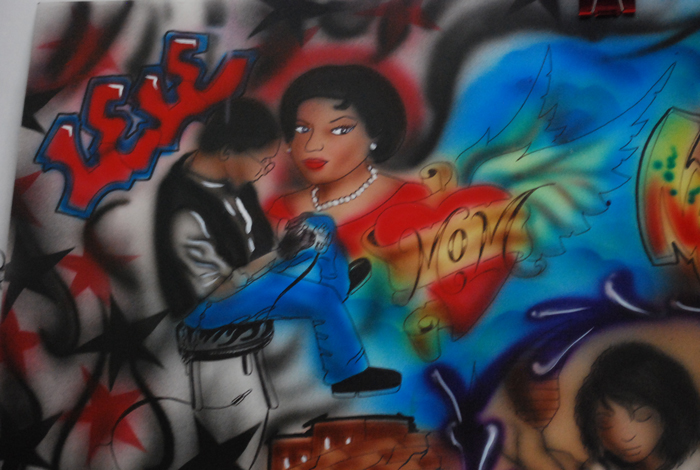 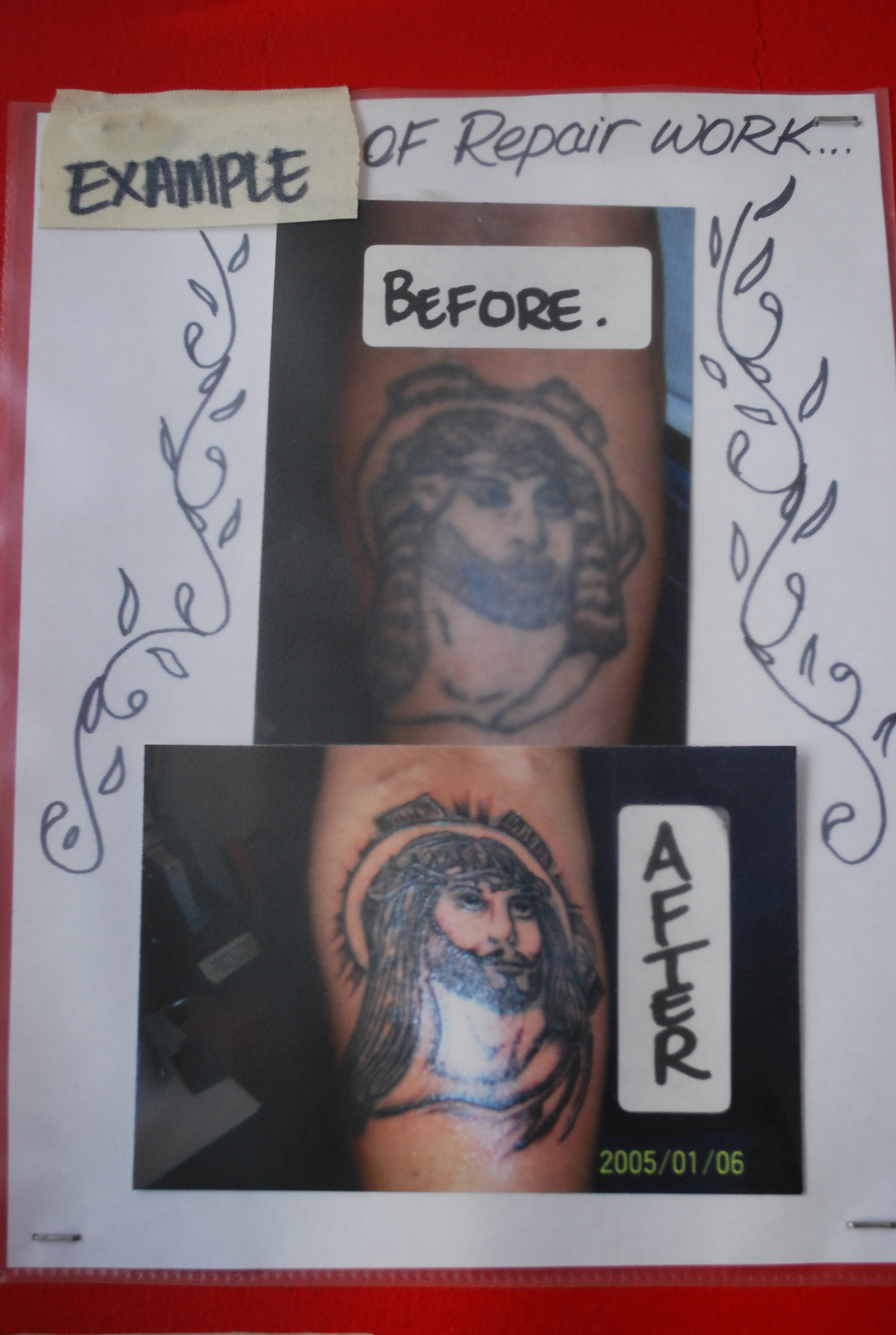 Coco is part of a rich line of artistic tradition; like so many other tattooists, he is a folk artist. His artistic practice developed from and continues a certain tradition; it is not simply self-centered art created in a vacuum.

Coco’s late mother has been a source of inspiration. “She was creative in the house. She would take an old shade and draw leaves on it or something. So she was artistic; I got it from her.” His first tattoo was a memorial to his mother.

“I was eleven. It was an eagle. Promising my mother that I was gonna stay free. And the guy that did it was like, ‘I’m not allowed to tattoo you,’ and he says ‘I gotta charge you something so give me a dollar. And you didn’t get it here.’” He was the same man who would become Coco’s mentor, guiding his creation of tattoo art, and making Coco’s first two tattooing machines.

“My grandmother caught me. But she realized why I got it.” His grandmother made him promise not to get any more tattoos until he was eighteen. “I didn’t get any more until I was twenty-one,” Coco says.

Now, it is Coco who has taken a mentoring role as a tattoo artist. Many children in the neighborhood come to him with their drawings, asking for his advice. “I want to teach the next generation,” he says.

He even mentors adults. In fact, this interview came to an end because someone was waiting for him at the other end of the shop. Coco explained, “Right now I’m about to do a free tattoo. The guy’s been tattooing himself, and it really sucks. So I’m gonna give him a free tattoo just to show him how it’s really done, because he really wants to get into it, but he’s getting into it in the wrong way. Once you get a bad reputation in this business, you can’t get rid of it. So if you start off bad, you better change your name and move to another country.”

Coco sees his work as a part of a rich tradition of tattooing, steeped in his cultural heritage. “I’m Puerto Rican, so my ancestors from Puerto Rico, we used to wear tattoos on our faces to intimidate the enemy. Before I studied it with the machine, I could do a tattoo with ivory, I could do a tattoo with needles. I did that already. You know the eight-hour session, laying down. You’re supposed to go into the tattoo shop for so long that the person actually goes unconscious, and they have an out-of-body experience. Then when they wake up, they always say that they were somewhere else. That’s a rite of passage. I did that. I wanted to do that. I wanted to learn that and see how it was done. And that was by hand, so it was like a little cup of the powdered black ink with a sponge.”