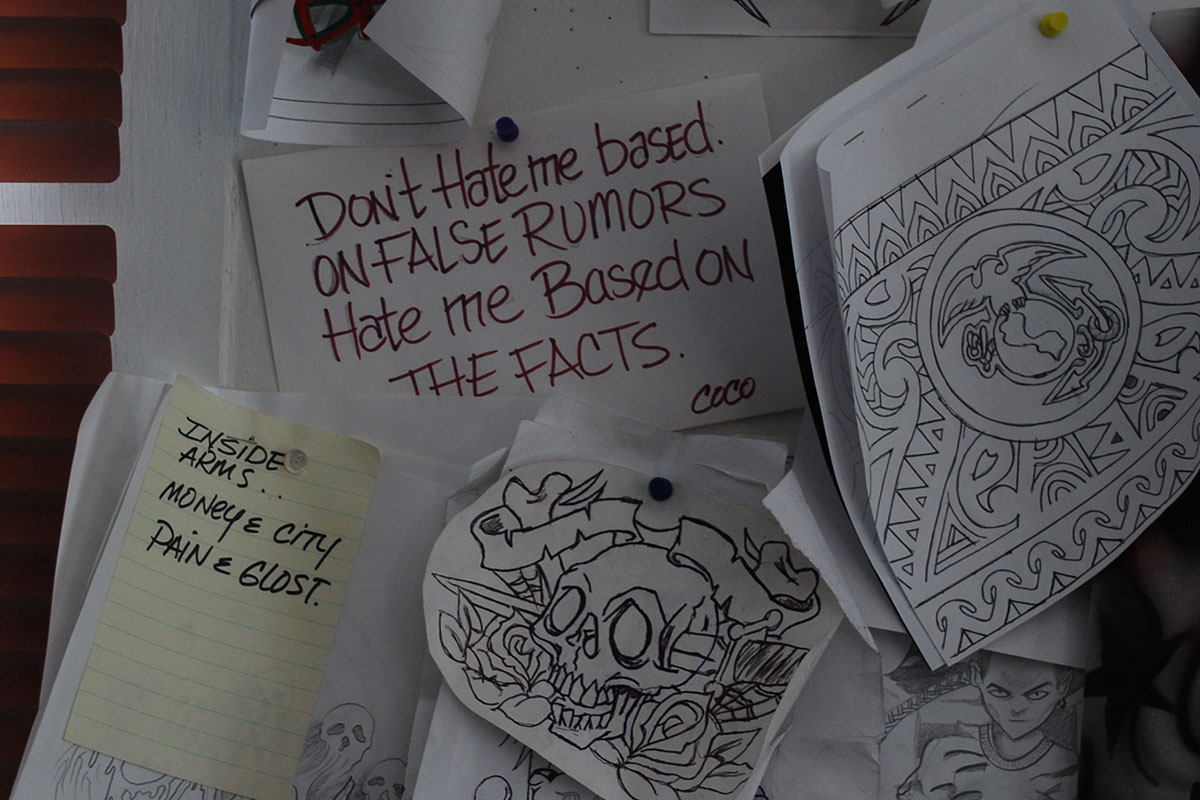 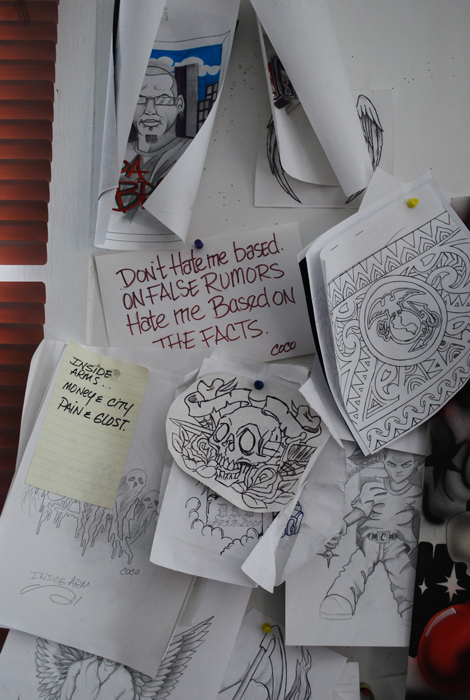 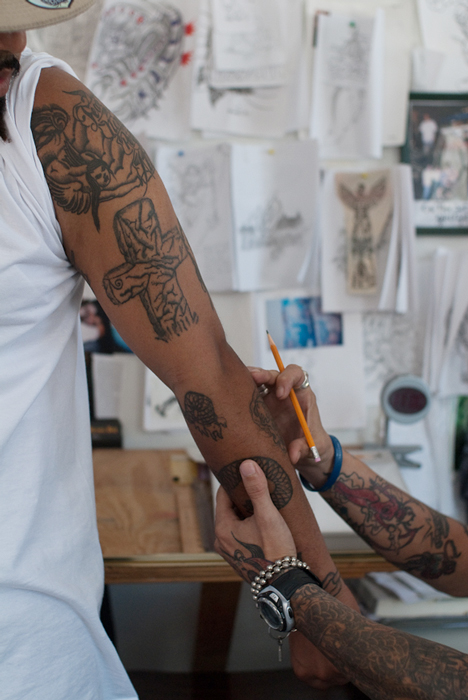 Caplan, Jane. “Speaking Scars: The Tattoo in Popular Practice and Medico-Legal Debate in Nineteenth-Century Europe.” History Workshop Journal, no. 44 (Autumn 1997), pp. 106-42. In referring to the role of tattooing in building community, Caplan explains, “The skill was learned casually by imitation and practice, and was practiced socially, on shipboard, in barracks or prisons, in doss-houses, workshops and pubs. In these settings tattooing was as much a form of entertainment as anything else, a way of whiling away time, and the tattooist might combine his work with comic patter or songs” (123).

Freud, Sigmund. “A Note upon the Mystic Writing Pad.” General Psychological Theory, 1925. In chapter thirteen, Freud refers to spirituality of the skin, calling it the “mystic writing pad” (207).

Gell, Alfred. Wrapping in Images: Tattooing in Polynesia. New York: Oxford University Press, 1993. Gell calls tattooing “a stigma of humanity,” a reminder of one’s mortality (314). In Polynesia, where Gell conducted research, humans wore tattoos, but their skins needed to be removed at death in order to enter the afterlife with the un-tattooed gods.

Levi-Strauss, Claude. Structural Anthropology. Translated by Claire Jacobson and Brooke Grundfest Schoepf. New York: Basic Books, 1963. In reference to Maori tattooing, Levi-Strauss believes the purpose of tattoos is “not only to imprint a drawing onto the flesh but also to stamp onto the mind all the traditions and philosophy of the group” (257).

Schildkout, Enid. “Inscribing the Body.” Annual Review of Anthropology, 33 (2004), pp. 319-44. In reference to tattooing as ritual, Schildkout writes, “Tattooing creates and signifies difference (high or low) but it is also a way of protecting the self and controlling the sacred” (329).