They worked for various factory-based ateliers throughout their careers, including Işıl Çini, Dogus Çini, and Metin Çini. Despite commercial pressures from business partners and employers who sometimes urged the potters to sacrifice quality in the interest of producing larger quantities of merchandisable wares, Nurten and Ahmet Hürriyet remained committed to producing the most fastidious designs. Nurten, particularly, painted and executed her designs, even those destined to be fabrika, or factory wares, with such scrupulous attention to detail that the yield emulated özel, or special works.

Nurten often appropriated designs from Ahmet Şahin’s calligraphic drawings, eventually conceiving two original designs that rendered the recitation Besmele, the Islamic formula preceding verses in the Qur’an. Both sacred in content and aesthetically pleasing, Nurten’s özel plates beautify and protect the homes of their owners while her tiles adorn the interiors of mosques around Turkey, namely in Malatya. 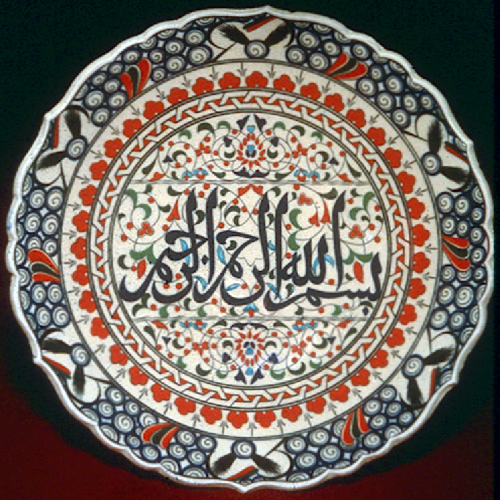 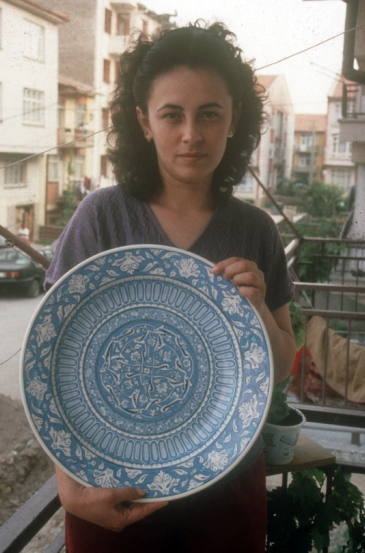 In recent past Nurten and Ahmet Hürriyet assumed leadership positions at Şark Çini, where Ahmet Şahin began his lifelong career. Today Nurten works avidly to restore early twentieth century Kütahya pottery, salvaged and enriched by her city’s master, Ahmet Şahin. Having surmounted the oft-unspoken gender discrimination latent in the traditional arts, she continues to diversify the çini trade in Kütahya where women decorators are increasingly receiving recognition for their talents.