Born in 1960, İbrahim Erdeyer was introduced to the çini trade at an early age by his father, İhsan Erdeyer, master of Süsler Çini. For years İbrahim developed his understanding of çini by performing modest yet important tasks—preparing clay, heating the kilns, learning technology—until 1978 when he joined his father’s atelier full-time in varying capacities.

Erdeyer is primarily involved in the production and commercial facets of Süsler Çini, dividing his efforts between the creation and sale of çini. Because normal ware is Süsler Çini’s principal supply, financial success is crucial to the atelier’s commercial operation. To this end, Erdeyer travels and sells his atelier’s products to markets throughout Istanbul, Cappadocia, and the coast of Turkey. 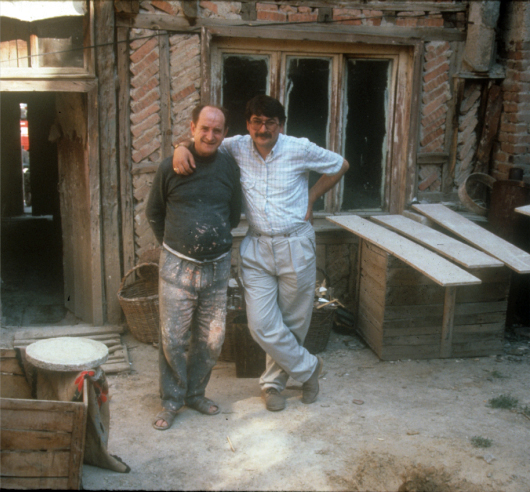 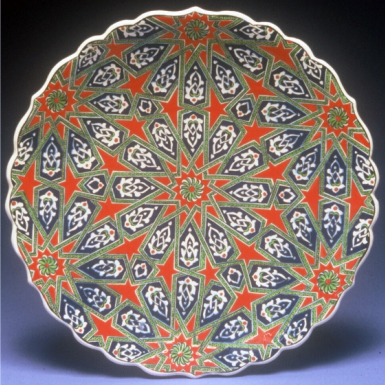 When Erdeyer is not traveling he devotes time to his art, devoting four to five days to the completion of a single piece. His preferred aesthetic, comprising robust geometric motifs executed with great precision, is influenced by fifteenth century Bursa pottery and the precepts of Ahmet Şahin and Hakkı Ermumcu, a distinguished contemporary of Şahin’s son and master potter in his own right, Faruk Şahin. Eventually, Erdeyer plans to open his own art gallery devoted to the collection and display of high-quality çini.