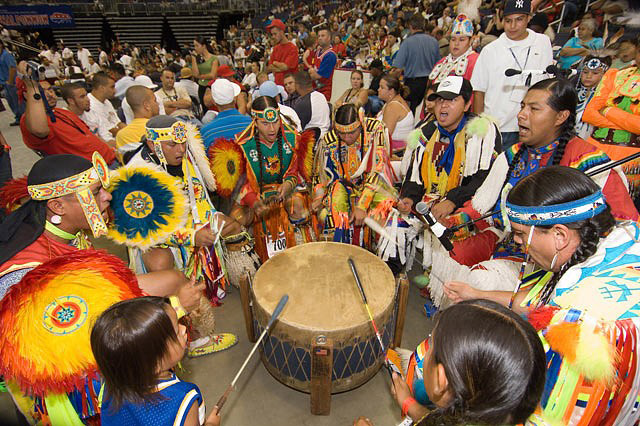 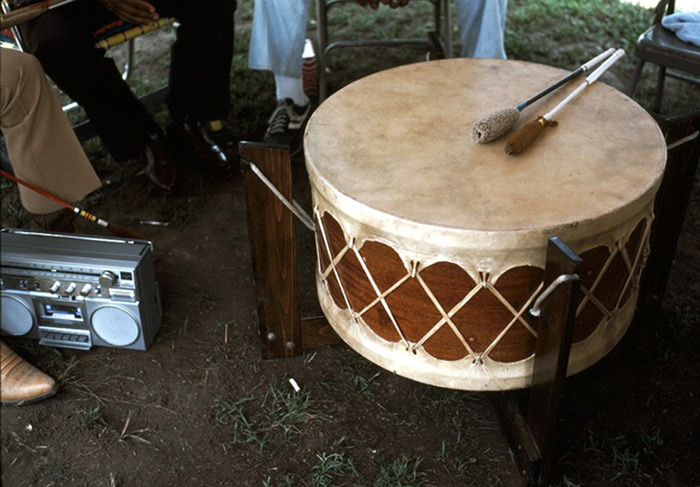 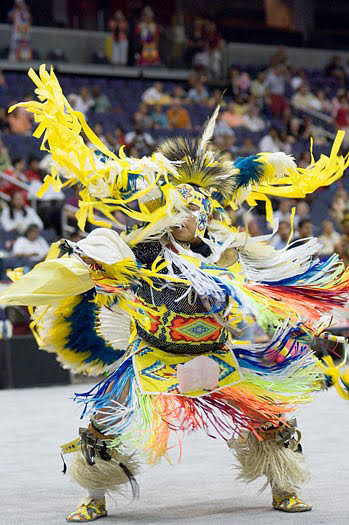 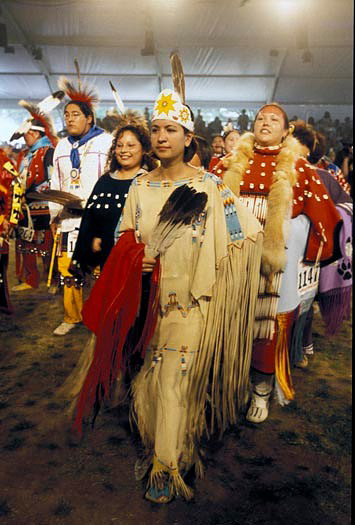 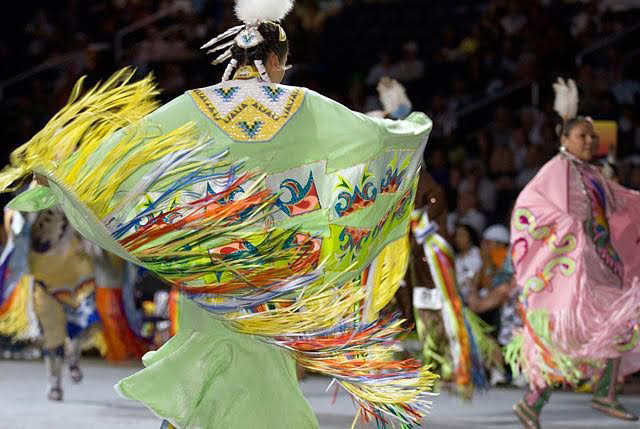 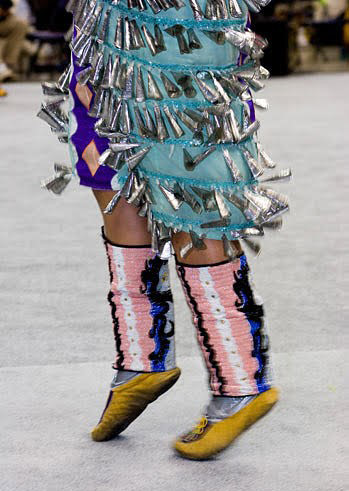 The drumbeat is “the heartbeat of Mother Earth,” according to Indigenous Institute of the Americas president Gregory Gomez. At a powwow, the reverberations of the drum call out to the spirits and bring dancers, singers, and spectators into a shared rhythm.

Drumming is a ubiquitous feature of powwows, but specific drumming traditions vary from place to place. Each tribe has a unique repository of songs that have been passed down orally for generations. In some tribes, women who are Northern style singers are allowed to sit beside the men and beat the drum.

Powwow songs are not usually lyrical, but instead consist of a series of non-lexical vocables. Groups of eight or more musicians sit at a powwow drum, drumming in unison and singing along. There are distinct styles of singing in the northern and southern traditions.

The diversity of powwow dances reflects the evolution of the tradition. Originally, only warriors danced at powwows. Today there are dances for elders, men, women, teenagers, and children.

The Men and Women’s Traditional Dance follows a two-beat pattern. Once subdued and stately, the men’s version has evolved to allow more self-expression in movement. The Men’s Fancy Dance is another modern form. Fancy Dancers wear circular, feathered bustles on their backs. Their movements accentuate these adornments. Twisting, jumping, and shaking, the regalia becomes a blur of color and texture.

The Women’s Fancy Shawl Dance builds off traditional male dances. Developed in the last thirty-five years, the physically challenging dance has helped redefine the role of female dancers at powwows. Though first met with opposition, the Fancy Shawl Dance is now the most popular contemporary dance for women and girls.

Powwow dances not only reflect American Indian identity through the renewal of tradition, but also individual identities within the community.