The term “powwow” derives from Pau Wau, meaning “medicine man” in Narrtick, a language spoken by the Algonquian peoples in Massachusetts. English settlers began misusing the word to refer to the meetings of Indigenous medicine men, and later to any kind of American Indian gathering. American Indians have since reclaimed the term.

For centuries, American Indian communities have conducted ceremonial gatherings. Modern powwows, however, derive from more recent ceremonies that began in the Plains area. In the late nineteenth century, the U.S. government seized swaths of land from the Lakota, Dakota, Blackfoot, and Ojibwa peoples in the Northern Plains and from Kiowa, Comanche, Pawnee, and Ponca peoples in the Southern Plains. This period of forced migration and upheaval resulted in great intertribal exchange and solidarity among Plains Indians.

Two intertribal traditions emerged during this period: the Drum Religion and the Grass Dance (or Helushka Society). The Drum Religion was a sacred drum ritual that fostered peace and friendship, while the Grass Dance was an adapted form of ancient warrior dances. Both emphasized the value of generosity and gift-exchange. As these were diffused throughout the Plains, other tribes amended and adapted them. They became homecoming celebrations, when families and communities separated by government removal could reunite. These were the precursors to modern powwow.

The word “powwow” began to appear in newspapers in the early twentieth century, advertising “authentic” Indigenous dance shows. Some performers put on exaggerated “war dances” to entertain pioneers traveling westward. These Wild West shows became a part of popular culture as non-Native spectators became infatuated with the “traditional” Native image. They sought out powwows that boasted the presence of elders, in order to ensure an “authentic” ceremony.

World War I and II brought warrior traditions back to the forefront of powwows, which became a place to celebrate and memorialize American Indian veterans. In the following years, the American Indian veterans organizations took an increasing role in organizing the events. Memorial Day powwows became major annual traditions, and veterans continue to be honored and celebrated at powwows.

In the 1950s, a series of Bureau of Indian Affairs programs again relocated thousands of Plains Indians to cities across the country. This mass migration created a proliferation of intertribal collaboration, akin to the intertribal alliances of the late 1800s. American Indians in urban centers created new communities and new spaces where they could connect with one another and their cultures. They founded community centers and organized powwows, sports leagues, and church events.

Many students were forced to attend government and Christian boarding schools with members of enemy tribes or groups they would have never met due to distance. During this forced assimilation, American Indian children who did not have Great Plains powwow dances in their culture learned that style of song and dance from their Great Plains classmates. They adopted the early ideology of what was to become the modern powwow.

As the culture urbanized, the number of powwows across the country exploded. Powwow circuits and traveling performance groups emerged. This period is associated with the rise of competition events in powwows.

Today, powwows are held every weekend in the United States and abroad. They are hosted everywhere from reservations to cities, small venues to national stages, for local, intertribal, and international audiences. 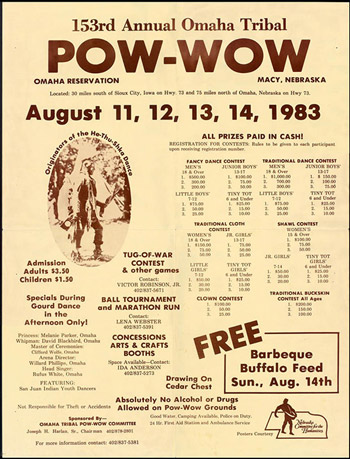 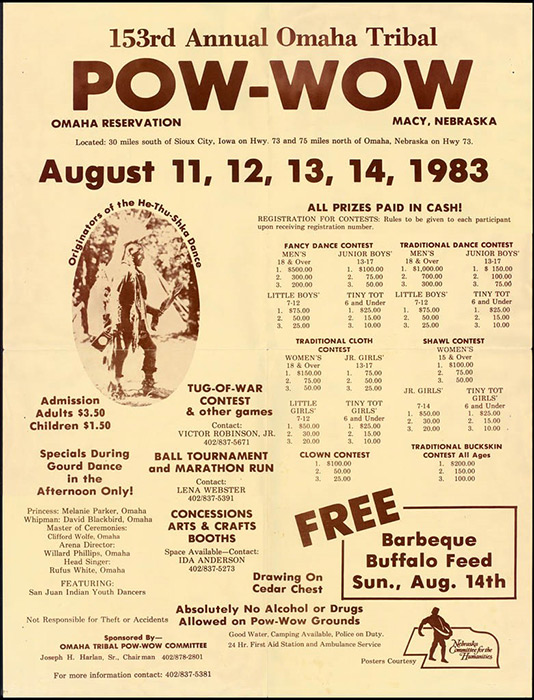