A Cultural Journey across America
Music Playlist
Best of the Bayou: Cajun and Zydeco Music from Louisiana 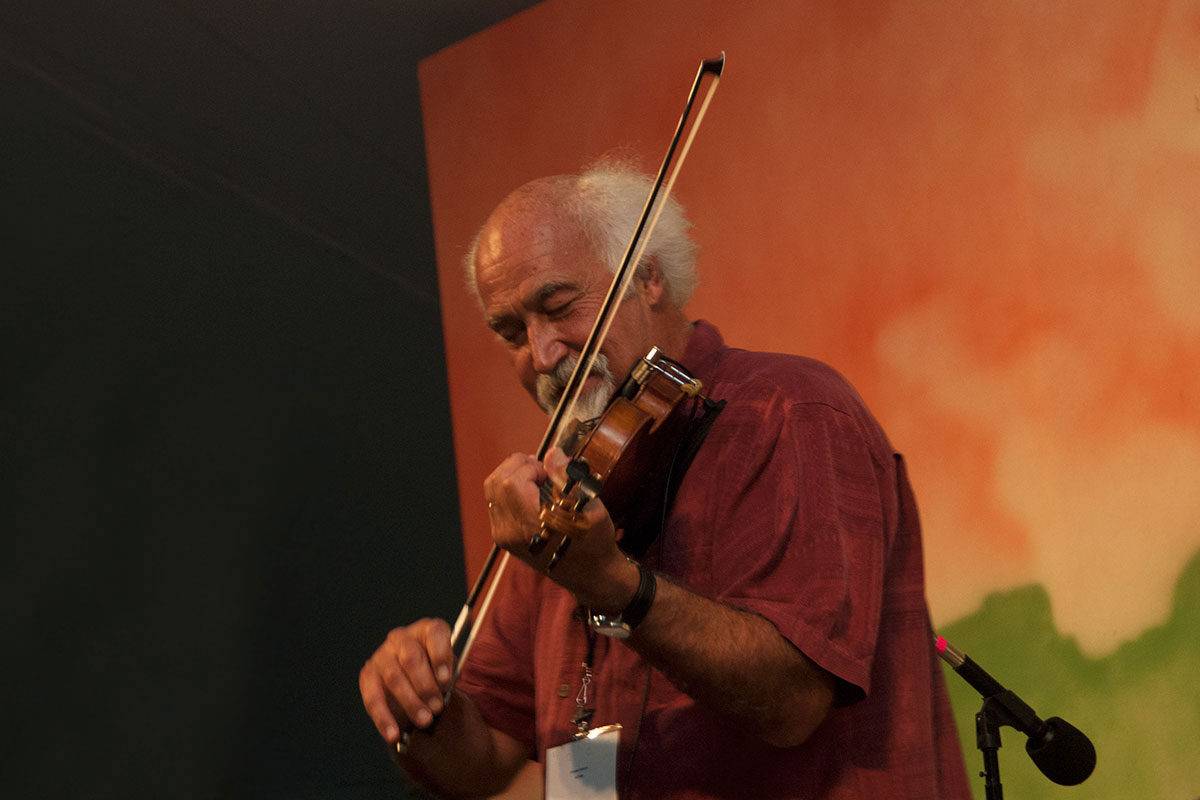 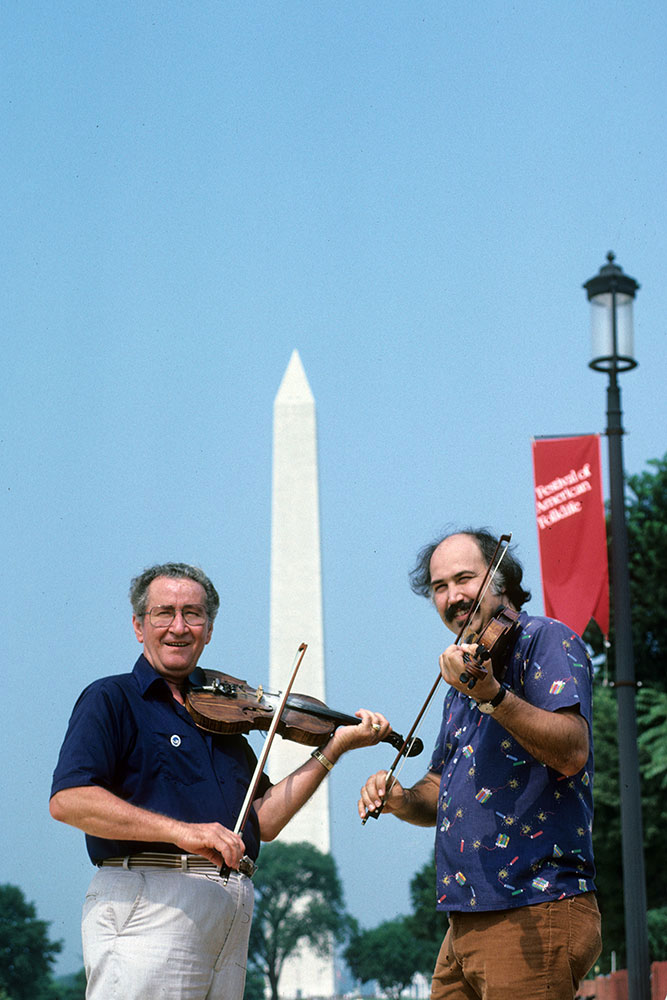 “To me, Cajun music really is the heart of our culture. It’s not the stomach—we know that’s the food. It’s music that’s the heart. Everybody sings in their own way down here, and that’s what keeps us going.”

Michael Doucet grew up in Lafayette, Louisiana, surrounded by, as they called them, the “old-timers”—the musicians from the older generation who played more traditional French music and sang older ballads and songs. In 1975, ne received an apprenticeship grant from the National Endowment for the Arts to study with and document the master fiddlers of his region. From there, he formed the group BeauSoleil, which to this day performs traditional Cajun music for enthusiastic audiences around the world.

“My music has a lot of functions,” Doucet explains about the role of music in Southwest Louisiana. “It’s a social function. It’s a community function. The music seems to always have carried the history and the soul of our culture.”

Doucet and BeauSoleil first arrived on the Smithsonian Folklife Festival scene in 1982 when they paid—and played—tribute to NEA National Heritage Fellow Dewey Balfa. They have performed at the Festival many time since, including a tribute to outgoing Festival director Diana Parker in 2009.

We are excited to invite them back to kick off the 50th anniversary of the Festival with a dance party and concert on our opening night, Thursday, June 29. The evening will recognize the important role Balfa played in putting Cajun music and culture on the map, and honor Doucet, who received the NEA National Heritage Fellowship in 2005 for his musicianship and work in keeping this tradition alive and dynamic.

For this playlist, Doucet picked favorites songs from Smithsonian Folkways Recordings’ Cajun music collection and shared his thoughts on the artists, all of whom also received the NEA National Heritage Fellowship. Most of the recordings are not among the best known Cajun tunes but are still filled with the infectious sound and will have you up and dancing. With such a rich collection to choose from, we could not get away with fewer than two selections from each musician.

By Dewey Balfa
From Cajun Fiddle, Old and New: Instruction

Dewey Balfa and his brothers Rodney and Will brought back the acoustic lonesome sound of Cajun fiddling and song. He was an eloquent and sincere salesman for Cajun culture and music who never tired of sharing his heartfelt feelings toward our French tradition.

Inez was quite a rascal as a young girl when she heard and learned the ballads of her mother and relatives. She decided to continue the tradition by singing them in her own particular style into her 1980s.

By Boozoo Chavis
From J’ai Été au Bal (I Went to the Dance) Vol. 2

There will only be one Boozoo, dat’s who! After being taken advantage of by a producer shortly after recording his hit “Paper in My Shoe” in 1959, he left performing for some thirty years. When he came back on the scene, he was a strong zydeco force to reckon with!

By Michael Doucet
From From Now On

By Michael Doucet with Beausoleil
From Parlez-Nous a Boire

Lucky me to have been born when I was! Being able to sit, visit, learn, and perform with the great Cajun/zydeco masters Dennis McGee, Dewey and Will Balfa, Canray Fontentot, et al was quite a gift. My own music continues to reflect the magic moments of sound that was passed on by these and other master musicians.

Humbly influenced by the songwriting craft of Hank Williams, D.L. Menard began his career with a composition that took him thirty minutes to write. His hit tune, “La Porte dans Arrière,” has been a staple of the Cajun dance repertoire since the 1960s.

Alphonse “Bois Sec” Ardoin was the nephew of the great Amédé Ardoin who set the standard for Black French Créole music beginning in the 1920s. Bois is a unique and talented individual in so many ways, but undoubtedly bringing his family up with traditional musical and his cultural background continue to affirm him as the great holder of the lineage.

The originator of French zydeco on the piano accordion, Clifton Chenier is still and will be forever the King of Zydeco. Along with his brother Cleveland, he incorporated R&B sounds into an infectious Gulf Coast blues style that is honored around the world.

By Luderin Darbone & the Hackberry Ramblers
From J’ai Été au Bal (I Went to the Dance) Vol. 1

By Luderin Darbone & the Hackberry Ramblers
From Cajun Champs

A very accomplished fiddler and dignified musician, Luderin Darbone began performing and recording in the 1930s and never stopped until he and the Hackberry Ramblers called it quits after fifty years of performing together. His style of fiddling and repertoire continues to be stylistic and influential to all Louisiana fiddlers.

Canray Fontenot was truly a unique Créole in his fiddle style, songwriting abilities, and pure joy of performing as he warmed any audience. He incurred a rather difficult life but turned each hardship into a song that came straight from his heart and being. His music stands alone as the heart of creative Créole French Louisiana music.

19. Flammes d’Enfer (The Flames of Hell or: Stuck in Traffic on the Oakland Bay Bridge)

Marc Savoy continues to be the living link between the evolution of traditional and contemporary French music of Louisiana. His mastery of Cajun music, cultural insight, and accordion-making standards are unprecedented in scope and serve as a beacon of light in the midst of overwhelming odds to dilute the essences of our culture.