The Life and Death of the Puli 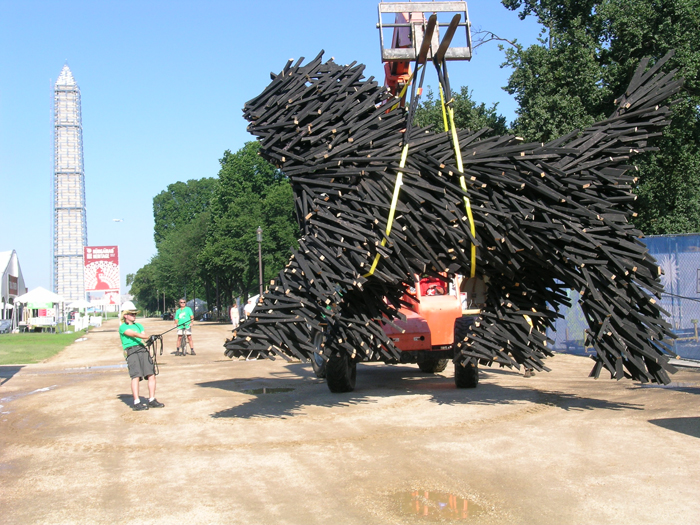 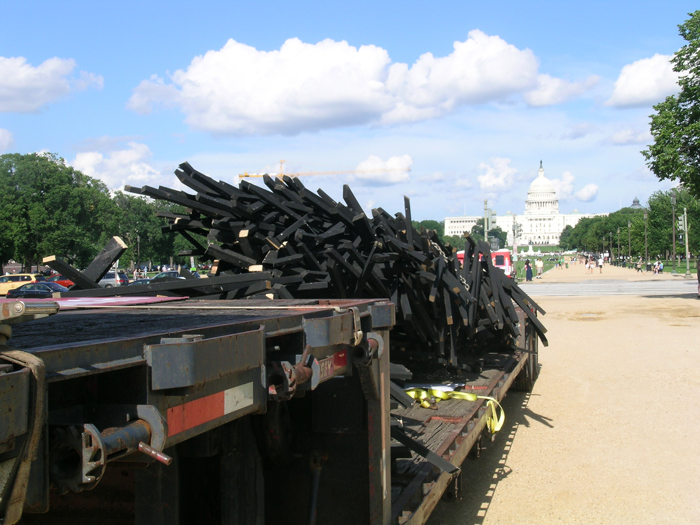 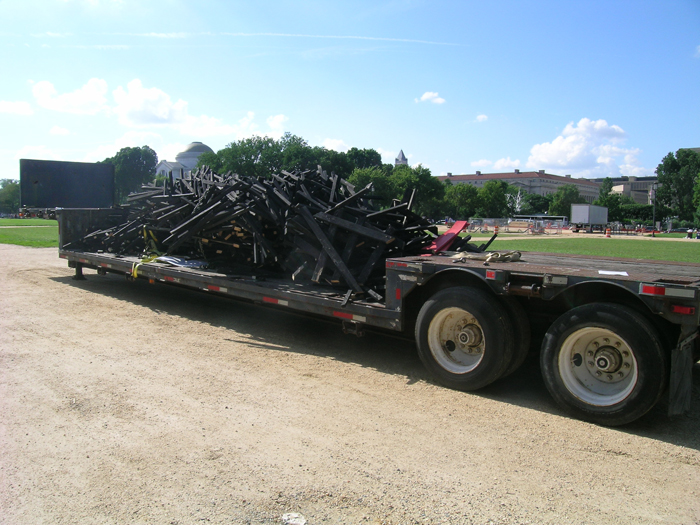 Szőke’s sculptures, just like real animals, have varied life spans and cycles. “Some sculptures, like for example my thirty meter-long whale sculpture which I built in Budapest on the banks of the Danube, this was specifically made for one night, you could walk inside of it; it was an enormous installation. So, that was made for one night, then we dismantled it, and we reused those materials. That is part of this technology, this eco-awareness, and when we dismantle a sculpture, the materials can be used for another sculpture, and yet another. But I also have sculptures that are placed in nature here and there, and that is also part of it, that these are not made for eternity, they will not live for a thousand years. Some might live fifty to one hundred years because they are made so well, but they all have a lifespan, like all beings, or animals, and they all have an expiration date. If they are not taken care of, like if an owner doesn’t take care of his pet, sooner or later they will perish. And this is absolutely part of the concept.”

Sadly, the Hungarian Puli sculpture was demolished several days after the Festival’s closing. While the initial intention was to transport the sculpture to the Hungarian Embassy, where it could be held until it found a more permanent home, the Puli’s towering fourteen-foot height made it impossible to move. After extensive deliberation, it was decided that the Puli’s life would have to be cut short and the sculpture was disassembled. However, the Puli will not be forgotten—it will live on in memory and documentation as a proud emblem of the Hungarian Heritage: Roots to Revival program site.