“In my opinion, it is quite cosmopolitan what I do, but perhaps the fact that I found this material about eight to nine years ago and started working with it, and it became so much me that perhaps that makes this thing somehow Hungarian. Because for example at home, if anyone visits Budapest, they can see a lot of my sculptures, and in Hungary, whether it is in rural areas or at Lake Balaton, anywhere, it will grow to be a kind of Hungarikum [typically Hungarian] sooner or later. Now more and more sculptures are being made in the world, in Russia, Italy, Austria, Germany, now in America, too, and eventually, I represent Hungary with this.”

As his first commission in the United States, the Hungarian Heritage Puli project was particularly significant for Szőke. He and his crew were satisfied with the American people’s response to the playful Puli sculpture. “It was very good, the people were very open, very interested, they enjoyed it a lot, and so did I. There was a good energy in the air, and that defines the sculpture.”

Szőke’s latest project before the Puli was in Vyksa, a town outside of St. Petersburg, Russia, where he built and installed a unicorn sculpture. For this particular commission, Szőke was given complete creative freedom. Szőke came upon the idea to make a unicorn when he spotted a unicorn figure within the town’s coat of arms. The project helped Szőke broaden his European presence and establish himself in Russia. He plans to return to Russia in the coming months, where he has been invited to create an installation in Moscow’s Gorky Park. 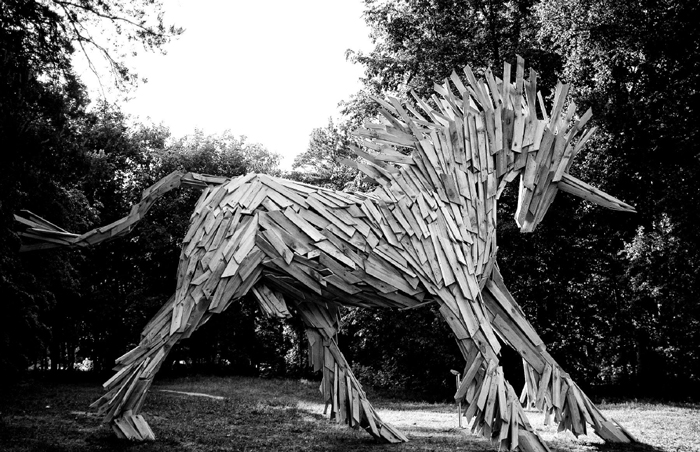 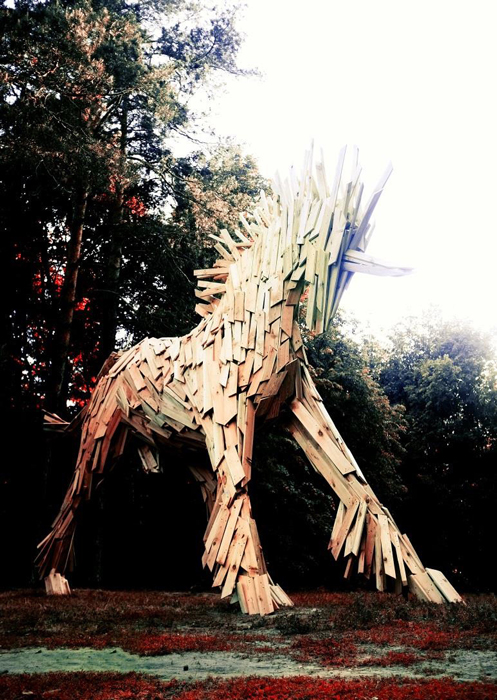 “Next year, it will be the Year of the Horse in China, in 2014, and my plans are to make gigantic interactive sculptures in several cities, which would relate to horses. Horses are among my favorite animals, I used to have my own horse, too. It’s a big project. Besides this, in Mongolia, I will build the largest Mongolian horse—which might also be the largest equestrian statue in the world—with the help of the Mongolian army. Also in Switzerland, in Bern, I will build a bear, and who knows where else; there are a lot of prospective projects, it all just depends on timing.”