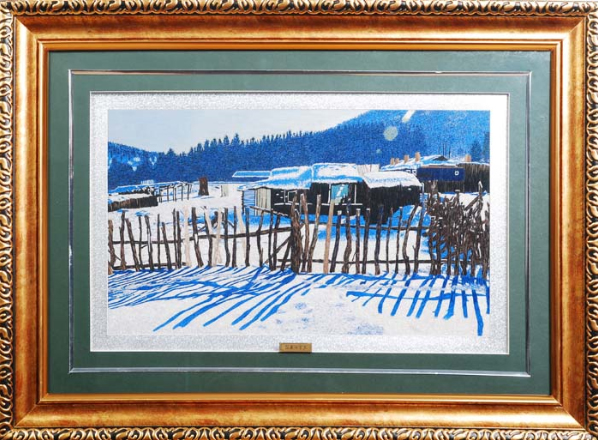 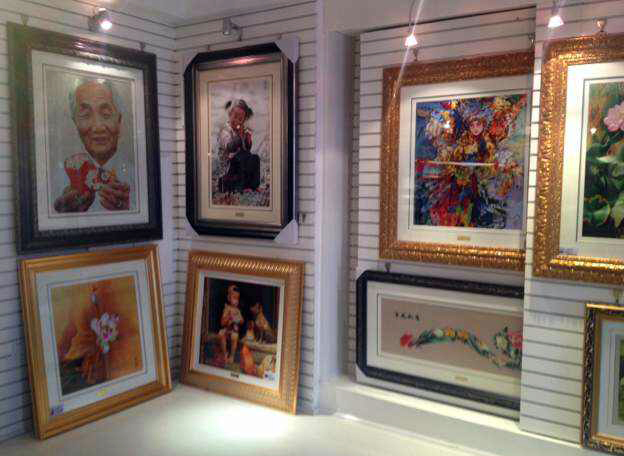 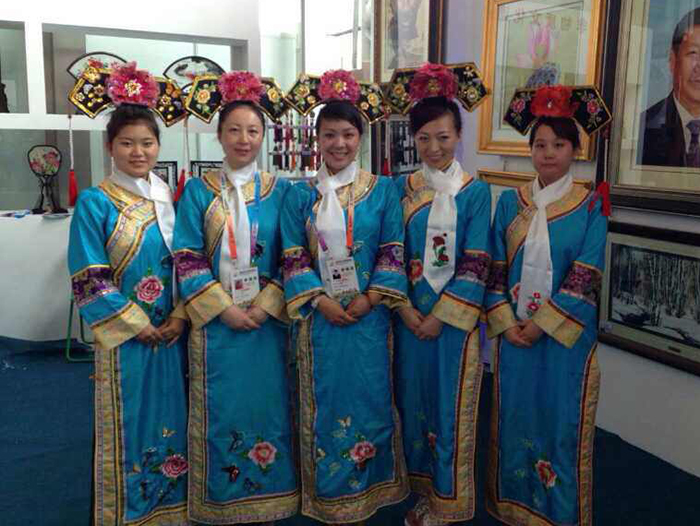 Sun Yanling’s journey to becoming a renowned artist and award-winning businesswoman was highly unconventional. After graduating from Beijing Foreign Studies University, Sun actually began her formal career as a makeup artist for films and television shows. While working in Japan, she happened to show some of her grandmother’s Bohai Mohe embroidery to a colleague, who encouraged her to turn it into a business venture.

Later, Sun experimented with basic Bohai Mohe sewing techniques and even invented some of her own. She discovered that layering stitches looked very beautiful; in fact, the overlapping of the triangular stitch, a variation of the three-pronged “chicken claw” stitch, reminded her of the atmospheric effect created by snowflakes in her wintry hometown. Most of her artworks consist of four to eight layers of stitching, completely covering the original fabric.

Sun expressed that viewers in China are often more impressed by artwork such as the still life of flowers, because the stitches are so tiny and thin that it is difficult to tell if it was indeed created by thread at all. In Chinese, one of ultimate compliments for an embroiderer is hen xi,which means “very meticulous” or “finely detailed.” Illusionistic, trompe-l’œil works are more expensive because they take much more time and thread to produce.

However, Sun prefers embroidering in a more painterly style, where the patterns of stitches are very visible. This allows her artwork to have more expressiveness and individuality, while showcasing her ethnic heritage, in a country where there are many embroiders trained to simply copy photographs.

Sun is dedicated to passing on her family tradition in innovative ways. She established an embroidery school, Mudanjiang Bohai Crafts, Ltd. (牡丹江渤海民族工艺品有限公司), in Heilongjiang Province, as well as an embroidery factory in Rason, North Korea. Between both of these establishments, she has mentored thousands of students over the years. Aside from her success as a teacher, she also opened two galleries to exhibit and sell artwork, which is staffed by some of her best students.

Because she enjoys the intercultural exchange, her future plans include expanding her outreach to other countries. An inspirational moment came from the Folklife Festival, when she witnessed a visitor become so overwhelmed with emotion that he cried at the sight of Sun’s embroidery.

“Art is something that all of humanity holds in common, unbroken by political boundaries,” she says.

Currently, the UNESCO List of Intangible Cultural Heritage does not specifically include Bohai Mohe embroidery; this is why Sun feels that it is more urgent than ever to diligently safeguard the endangered tradition.