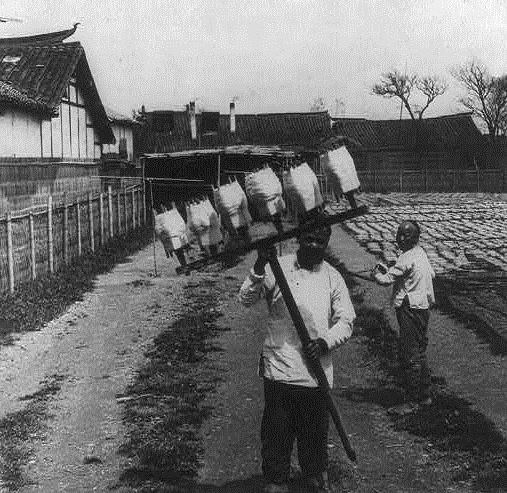 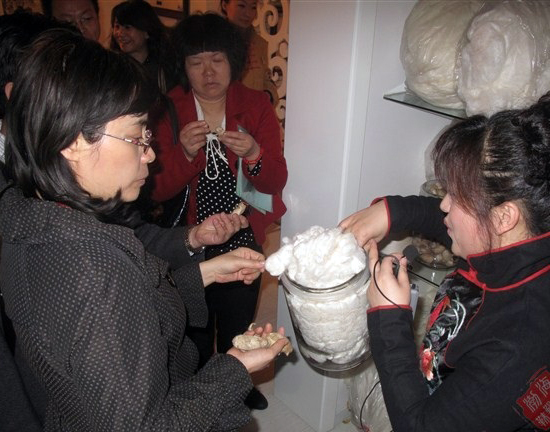 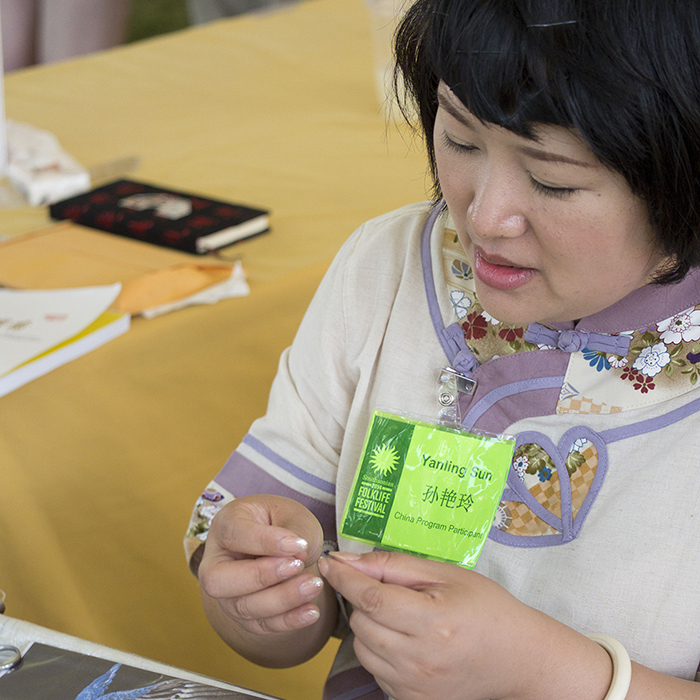 Silk-making during the Qing dynasty (1644–1911). Chinese method of removing the silk from the reels and drying it, c. 1906.
Prints & Photographs Division, Library of Congress Collections LC-USZ62-54307
Sun invites visitors to her gallery to touch raw Tussah silk. Emphasizing the distinctiveness of Tussah silk is a major part of Sun’s mission to pass on the uniqueness of her craft.
Photo courtesy of Sun Yanling
Sun Yanling separates silk floss.
Photo by Willa Friedman, Ralph Rinzler Folklife Archives and Collections, Smithsonian Institution

Aside from stitching styles, a key distinctiveness in Bohai Mohe embroidery lies in the material. Most southern Chinese silk is cultivated from the cocoons of bombyx mori, a domesticated moth that feeds exclusively on mulberry leaves. However, Sun Yanling uses Tussah silk, collected from antheraea pernyi moths that live in the wild. Their larvae feed on oak tree leaves, which are more widespread in northeastern China. The resulting Tussah silk is thicker, coarser, and stronger, with the potential to last hundreds of years.

One Tussah silk floss contains more than thirty strands of silk, but the standard is to divide the floss into sixteenths that are thinner than a hair’s width. Using a tiny needle, it takes Sun about three months to complete one artwork, depending on the scale and complexity.