During the war, Clinton-Baddeley was speaking to Joseph Compton, a prominent specialist in English literature education, about the propaganda records. Compton believed that recordings of literature would be in demand in schools. When the war ended, E.J. Vetter, a recording engineer told Clinton-Baddeley that he would be setting up a small recording studio where it would be possible to make some poetry recordings. The first four volumes (called "books") of the anthology were made with  United Programmes Limited (UPL) of London, England, in the late 1940s. The recordings were sold to schools, colleges, and libraries.

In 1955, UPL arranged with Britam Agencies, Inc. (Britam) to purchase the LLRE free and clear. Britam re-engineered the recordings and converted them into 4 LPs, manufactured by Columbia Records and sold under the Alpha Records label.

In 1963, Clinton-Baddeley and Irwin Breslauer of Britam agreed to a plan to produce two additional LP records (Books V and VI). All six volumes were marketed as a package, and later, as a set of six cassette tapes. The LLRE then went dormant, with no effort being made towards sales, as the principals of Britam, Irwin Breslauer and Norman Breslauer were occupied with other business.

The collection was donated by Britam to the the Smithsonian Center for Folklife and Cultural Heritage in 2010. It contains 6 LP recordings, as well as the business papers associated with the creation and management of the Anthology. 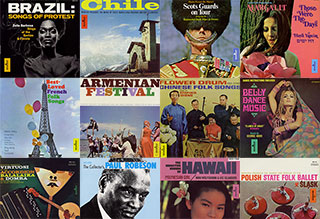 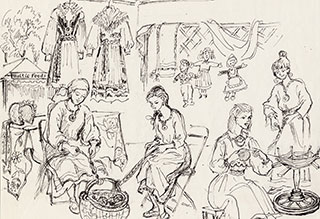