The Fast Folk Musical Magazine, which initially operated under the name The CooP: Fast Folk Musical Magazine from 1982-1983, was a non-profit organization that published recordings with an accompanying magazine from 1982-1996. Fast Folk began as an outlet through which singer-songwriters could perform, as there were few venues that booked folk singers in New York City during that time period. Jack Hardy (1948-2011 ) headed this endeavor in the Speakeasy club, sharing space with a belly dance club and a falafel restaurant. A musician’s co-op was created at the Speakeasy, meaning that everything in the club was to be done by the musicians, from booking to cleaning. It was considered the best place for a musician to get a gig if he or she did not already have a record deal. Richard Meyer (1952-2012), who became editor of Fast Folk in 1985, joined the project shortly after its inception as a performer, writer and graphic designer for the magazine.

Fast Folk provided a good way for musicians to be able to make their own record or to be part of a record. Many recording artists such as Lyle Lovett, Tracy Chapman, Michelle Shocked, Christine Lavin, Suzanne Vega and Shawn Colvin recorded some of their first songs with Fast Folk. By releasing many different artists’ work on each recording, Fast Folk strove to expand the collective horizons of their audience and spread the power of individual songs as opposed to individual artists.

Around the time Richard Meyer contacted the Smithsonian, Fast Folk stopped producing records and magazines, mostly due to a lack of volunteers with enough time to devote to a business of Fast Folk’s size. 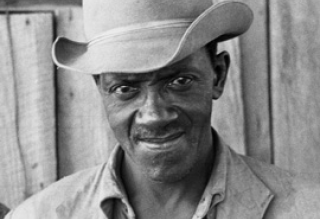 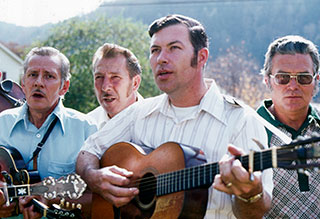