Eric H. Davidson was born in 1937, in New York City. He was primarily known as a pioneering developmental biologist. Davidson's work in biology began at the age of 16, when he began conducting research with cell physiologist L. V. Heilbrunn, a family friend, at the Marine Biological Laboratory (MBL) in Woods Hole, Massachusetts. He later earned his bachelor of arts degree from the University of Pennsylvania in 1958 and his doctorate from Rockefeller University in 1963. After working as a postdoctoral researcher and faculty member at Rockefeller, he moved to Caltech in Pasadena, California, where he would spend the rest of his career, beginning as a visiting assistant professor. He was named Norman Chandler Professor of Cell Biology in 1982 and remained there until his death.

His interest in old time music arose at nearly the same time as his interest in biology. His father, a well-known abstract painter, and mother were connected to several people who were hired to do research for the Works Progress Administration (WPA) of the late 1930's and 40's. At 14, he began to play the 5-string banjo after being introduced to the instrument through his exposure to recordings of Southern Appalachian music recorded as a part of the WPA, held at the Library of Congress.

In college, he played music in cafes. He also got a hold of the log of WPA recordings that were so influential to him. He began to stick pins in maps wherever the recordings were made, and began to notice that most of the pins were clustered in Grayson and Carroll counties in southwest Virginia and adjacent counties in North Carolina.

In 1956, he began to take annual trips down to these areas during breaks from school to record musicians that had learned songs and skills through oral tradition, as opposed to the radio or records. He formed close relationships with many notable musicians during these trips, including Wade Ward (from whom he learned the clawhammer banjo playing technique), Tommy Jarrell, Paul Joines, Glen Neaves, Vester Jones, Ed Spencer, Glen Smith, Cullen Galyean, and Bobby Harrison. He often recorded with his longtime collaborators Caleb Ellicott Finch, Paul Newman, Lyn Davidson, and Jane Rigg. Many of these recordings were released by Moses Asch as Folkways Records albums, produced by Davidson and his collaborators between 1962-1986.

Davidson was also an accomplished banjo musician in his own right. He formed the Iron Mountain String Band together with Caleb Finch (fiddle), and Peggy Haine (guitar), releasing an album (FA 2473) on Folkways Records in 1973 consisting of songs and tunes learned from his many recording trips.

Eric Davidson died on September 1, 2015 at the age of 78. On April 26, 2015, Stephanie Smith and Greg Adams conducted a video interview with Davidson while he was in Washington, DC on business about his work with folk music and Moses Asch. A transcript is available.

The Eric H. Davidson audio recordings consist of 73 open reel tapes donated to the Ralph Rinzler Folklife Archives and Collections by Davidson, dating from 1958-1984. They feature field recordings made by Davidson and his colleagues (including Caleb Ellicott Finch, Paul Newman, Lyn Davidson, and Jane Rigg) featuring the traditional music of Southern Appalachia. The recordings were collected primarily in Grayson and Carroll counties in Southwestern Virginia, and adjacent counties in North Carolina. 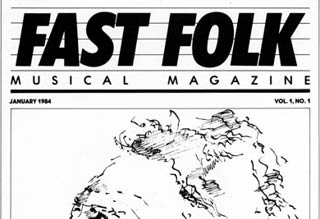 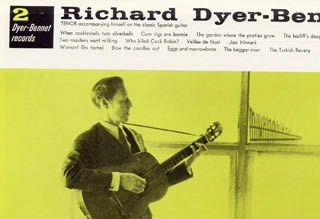