Ralph Rinzler (1934-94) provided leadership and inspiration that established the Smithsonian’s folklife program and enabled it to grow. Ralph’s career was marked by his attention to traditional music and crafts, his development of institutions promoting people’s culture, his social activism, and his use of electronic media in support of the traditional.

Ralph’s mission was personal and professional. He was active in the folk song revival in the 1950s at Swarthmore College with fellow student and lifelong colleague Roger Abrahams. Inspired by Library of Congress field recordings and Folkways Records’ Anthology of American Folk Music™, he learned to play banjo and mandolin, later joining the Greenbriar Boys old-time music group.

Ralph learned tunes from Woody Guthrie in Washington Square Park, traveled with Mike Seeger through Appalachia, and “discovered” Doc Watson. He organized performances with Pete Seeger, Bob Dylan, Mary Travers, and Bernice Johnson Reagon, and taught others, like David Grisman. He produced Folkways records for Moses Asch. He managed Watson and Bill Monroe and worked with Nancy Sweezy to document and revive the Southern pottery tradition. Drawn to the Newport Folk Festival by Alan Lomax, he became its director of field research and helped Dewey Balfa revive Cajun music. Ralph was hired by Jim Morris to help plan the first Smithsonian Festival in 1967. 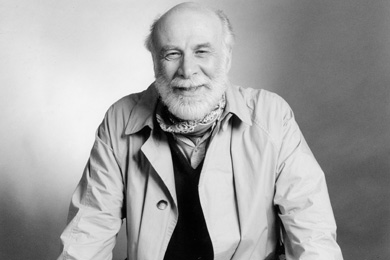 “There is no better time, no better place to celebrate the cultures of the American people and those from around the world than at the Folklife Festival on the National Mall.”
— Ralph Rinzler

Ralph used his network of colleagues to develop the Smithsonian Festival. With Henry Glassie and Morris, he drew upon elements of the Newport Festival most suitable for the Smithsonian—traditional performers, crafts demonstrations, discussion sessions, and workshops. The Festival was a hit with participants, public, the media, and Congress, fulfilling the vision of Secretary of the Smithsonian, S. Dillon Ripley, to enliven the Smithsonian and the Mall.

The Festival enjoyed increasing success, leading to the summer-long Festival for the Bicentennial in 1976. Through Ralph’s work with folklorists Glassie and Archie Green, scholars like Gerald Davis, and cultural activists like Clydia Nahwooksy, the Festival developed programs on state and regional culture, occupational culture, the African diaspora, and Native Americans.

After the 1976 Festival, Ralph, along with Jim Morris, was named a Washingtonian of the Year. Ralph became the director of a new Office of Folklife Programs and continued to direct the Festival. He co-authored two monographs, The Meaders Family and Korean Onggi Pottery, directed documentary films, and produced seminal exhibitions and programs, including Celebrations, with curator Victor Turner. He encouraged the sales of traditional crafts in the Smithsonian’s museum shops. He worked closely with Bess Lomax Hawes at the National Endowment for the Arts, with Ethel Raim and Martin Koenig in New York City, with the Highlander School in Tennessee, and many others to encourage community-based cultural work.

As Pete Seeger said, “Ralph was a beautiful example of a basically scholarly person doing an extraordinary job. His miracle was how to get the authenticity in a larger space and still keep it authentic.” Ripley simply called Ralph “the Guru.”

In the mid-1980s, Ralph became Smithsonian assistant secretary for public service. He initiated the Cultural Education Committee to diversify Smithsonian staffing, programs, and constituencies. His early fascination with digital technology led to programs at the Smithsonian and Library of Congress. He planned the acquisition of Folkways Records, co-producing the revenue-generating and Grammy-winning benefit album Folkways, A Vision Shared: A Tribute to Woody Guthrie and Lead Belly.

Returning to the Center, Ralph produced Smithsonian Folkways albums on Clarence Ashley, Doc Watson, and Bill Monroe, and co-curated a program at the 1991 Festival, resulting in the Grammy-nominated Roots of Rhythm and Blues.

Ralph was awarded the Smithsonian Secretary’s Gold Medal for Exceptional Service in 1993. He also served as the vice chairman of the U.S. National Committee for UNESCO.

Ralph had great vision, crossing boundaries of race, class, gender, and technology. He was a strong supporter of human and civil rights. He was caring, gentle, and courteous, frustratingly creative, brilliant of wide scope, yet modest and self-effacing—someone who brought out the best in people. Freewheeling and of boundless energy, he was a charming man of incredibly good taste. Ralph inspired generations of artists and cultural workers, leaving thousands of friends around the world and a living legacy for the future.

“There is no better time, no better place to celebrate the cultures of the American people and those from around the world than at the Folklife Festival on the National Mall.”
— Ralph Rinzler