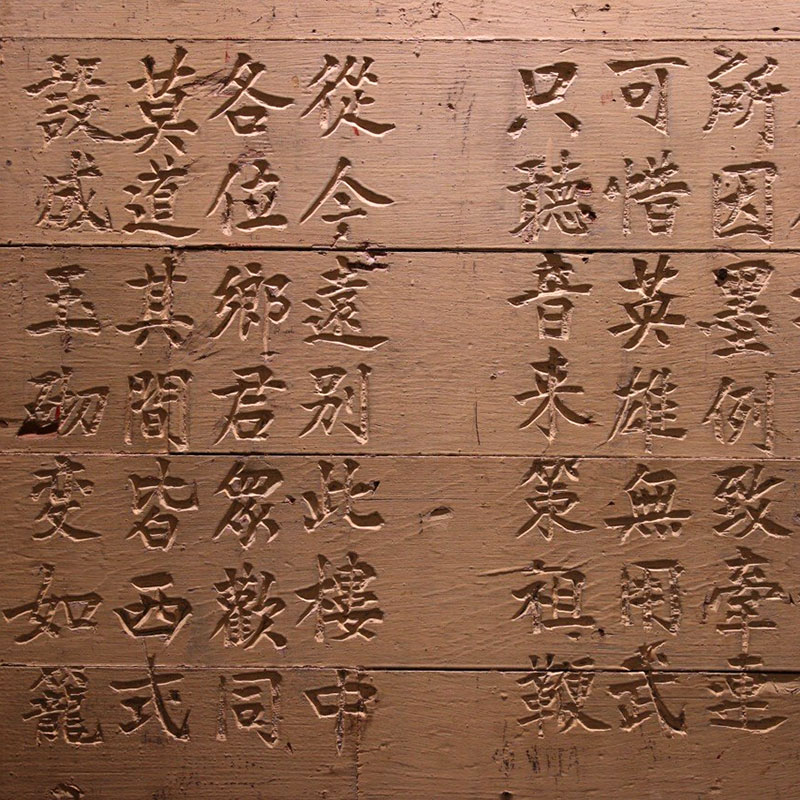 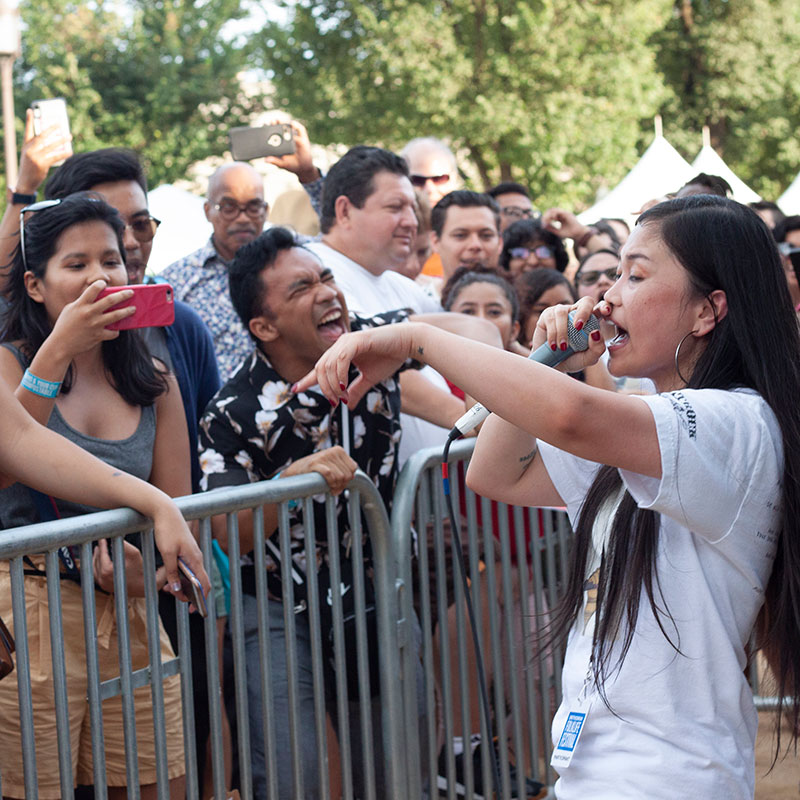 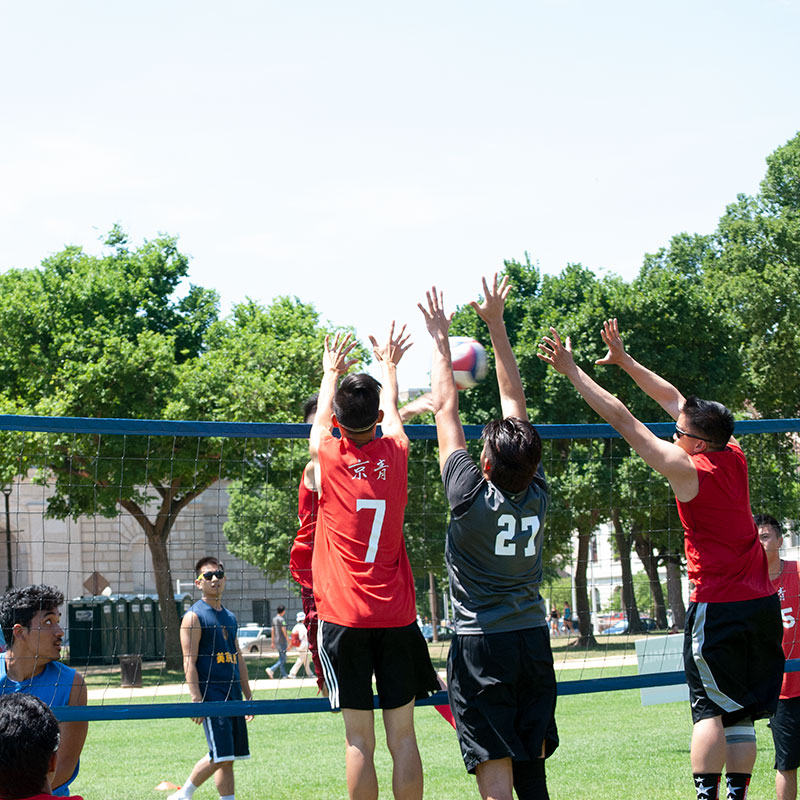 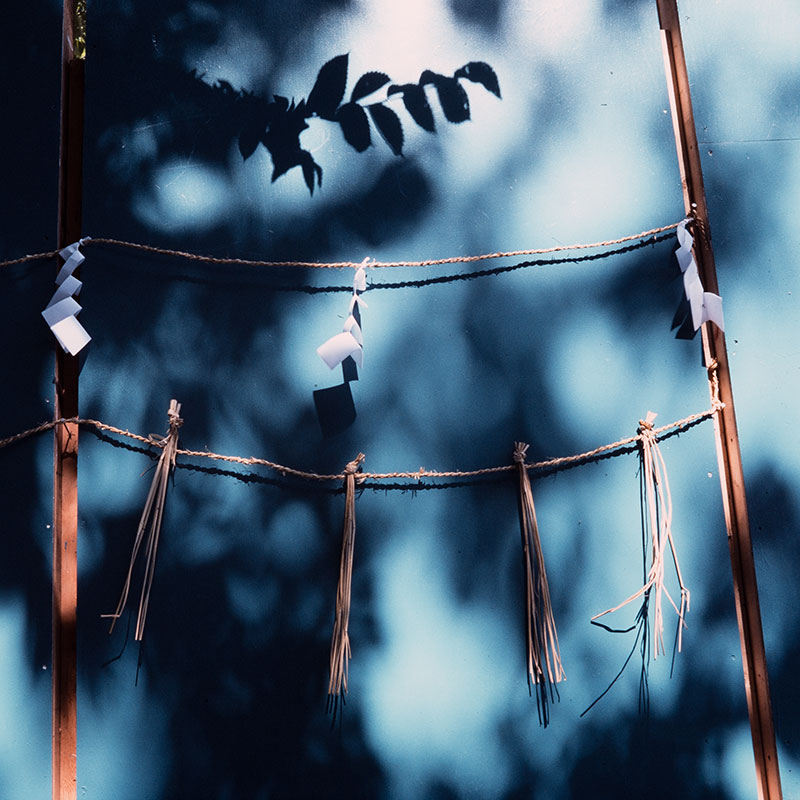 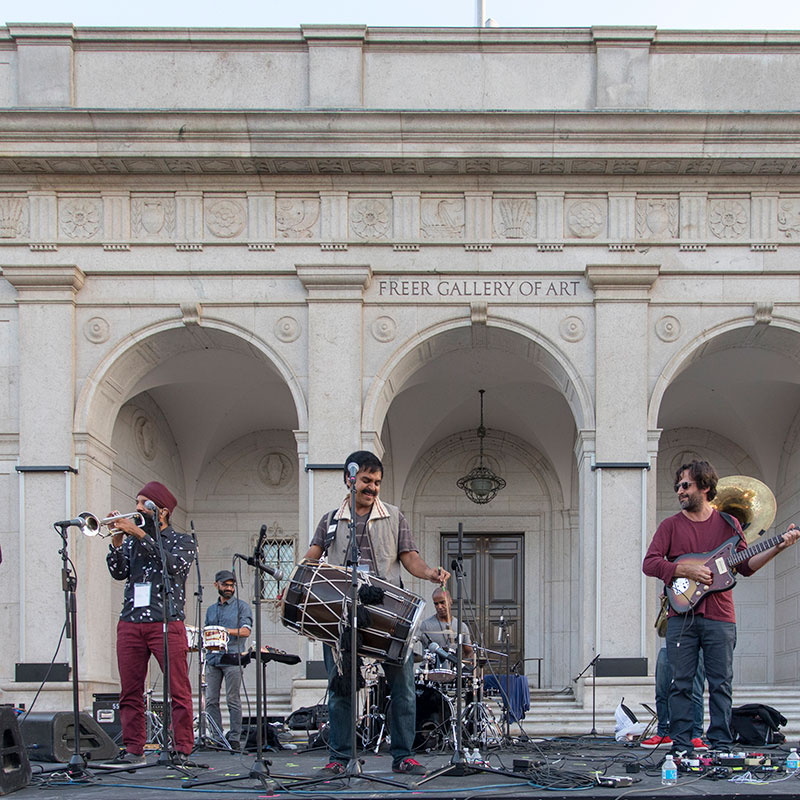 Even as we try to take in and understand the tragic news of the shooting yesterday in Boulder, Colorado, the Smithsonian Institution mourns the loss of eight people—seven of them women, six of whom were of Asian descent—who were killed last week when a gunman opened fire inside three spas located in Georgia. We extend our condolences and stand in compassion with the families and friends of Daoyou Feng, Delaina Ashley Yaun González, Paul Andre Michels, Xiaojie Tan, Soon Chung Park, Hyun Jung Grant, Suncha Kim, and Yong Ae Yue; and we share in the sorrow and outrage expressed by Asian American community members nationwide. It is clear that this is a tragedy at the confluence of misogyny and racism directed toward Asian and Asian American women.

History is replete with examples of heritage and gender being used as an excuse to dehumanize and isolate people. Asian and Asian American women have long been the victims of objectifying and degrading stereotypes, based on notions of dominance over people, places, and bodies. Such objectification denies them their dignity, their agency, and their humanity, making them particularly vulnerable to acts of violence.

At the Smithsonian, we condemn xenophobia, misogyny, and racial and gendered violence. Reaching for real systemic change, however, requires an unpacking of the entangled systems that perpetuate oppression. To these ends, the Smithsonian collaborates with communities and acknowledges the work of colleagues who are counteracting exploitative narratives and practices, uplifting marginalized voices, and sharing in the work of community care.

Organizations such as the National Asian Pacific American Women’s Forum; Red Canary Song, a collective of Asian massage workers; Georgia NAACP; and Asian Americans Advancing Justice – Atlanta are among the many in Georgia grappling very directly with this tragedy. In support of critical work happening at the local level and in keeping with our mission to diffuse and increase knowledge, the Smithsonian offers educational resources and direct learning opportunities that we hope can contribute to deconstructing systemic oppression and affirm the dignity of all people. Through our scholarship, collecting, educational programming, training, and exhibitions, we will continue working to bridge communities and foster understanding and respect.

This collection of multimedia resources represents a small but expanding selection of content related to Asian American communities that the Center has created and archived over the past five decades. 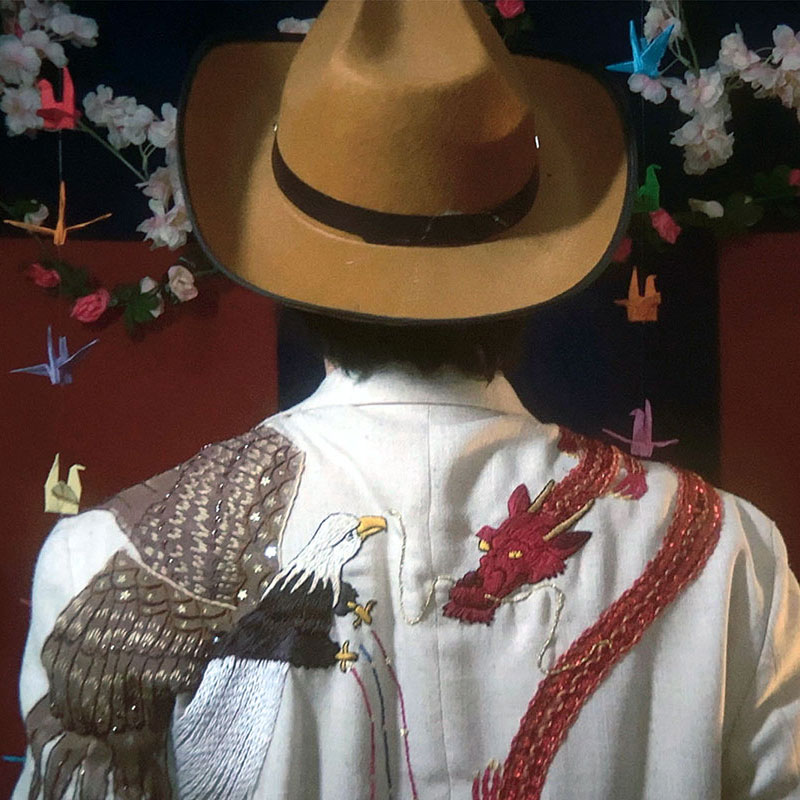 Annotations on a Moment of Silence: Reflections Following the Atlanta Massacre

Atlanta should be a catalyst for deeper historical discussions which illuminate and unpack how long this “anti-Asian” hate has really been going on, not just on the individual level but through our state policy. 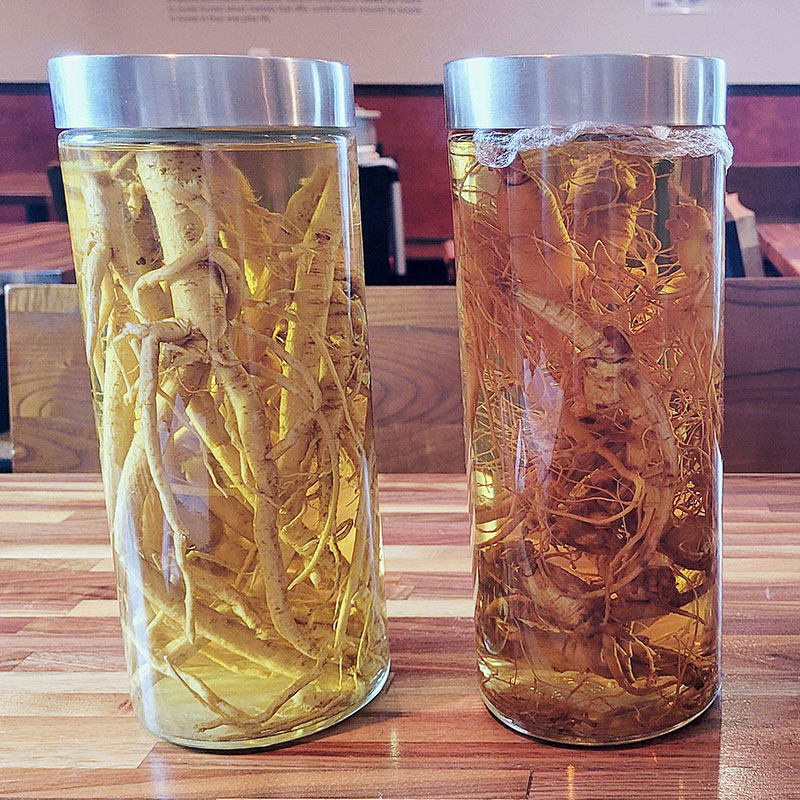 The Root of Our Community

I grew up thinking that there was something wrong with me because I never felt rooted to a physical place. But I had been thinking about it all wrong. It was not the soil of America nor Korea that nurtured me; it was the Korean American community. 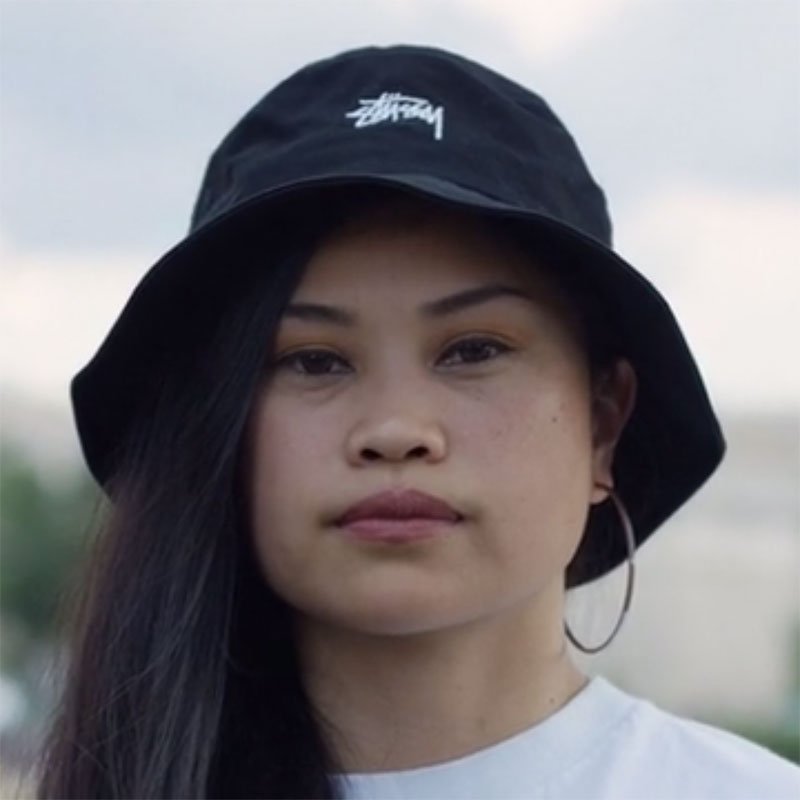 Speaking to Her People: How Rapper Ruby Ibarra Sings to and about Immigrants

New listeners to Ruby Ibarra’s music may hear familiar stories of the struggles of immigrants and people of color in America, but they may also hear something unfamiliar: Tagalog and Waray. These languages originate in the Philippines, just like Ibarra. 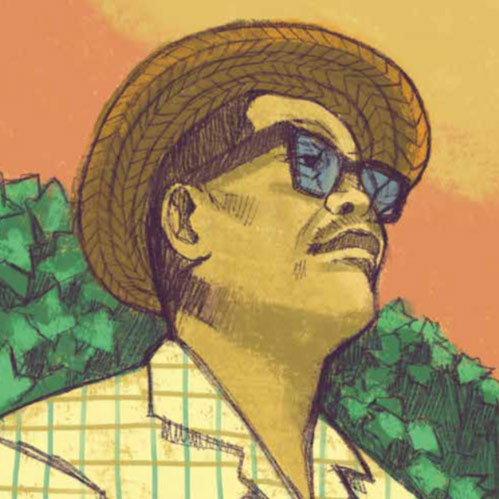 Why Every Filipino American Should Know about Larry Itliong

Cesar Chavez took the limelight in the Delano Grape Strike, one of the most important social justice and economic movements in American history, but UFW co-founder and former assistant director Larry Itliong has been cast in the historical shadows. 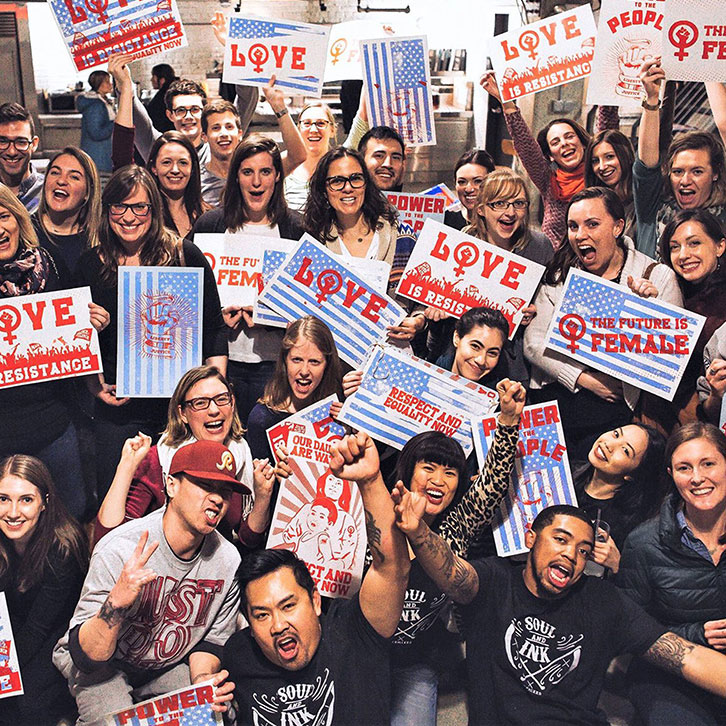 Soul & Ink is a mobile live screen-printing business founded by Frankie and Sherry Meneses. They bring printmaking out of the conventional studio space and into the streets. 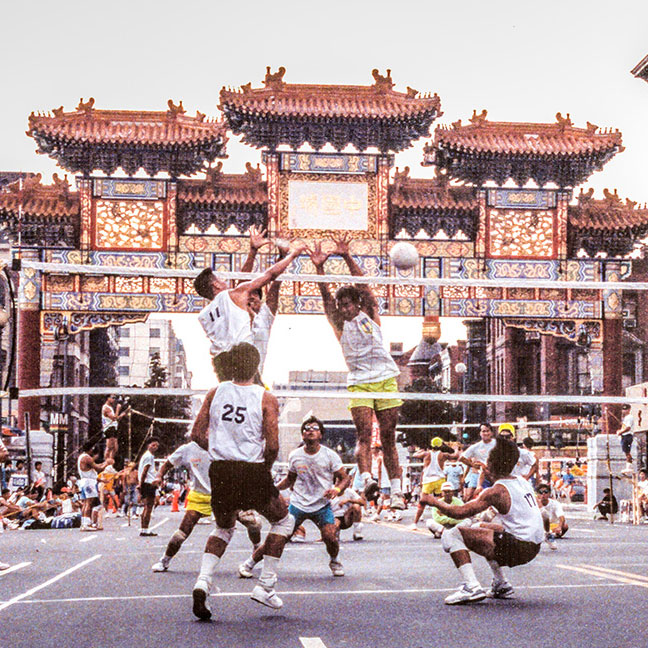 The story of “9-man” volleyball and the Chinese Youth Club of Washington, D.C., is a testament to Chinese American survival in a country that has not always been quick to welcome. 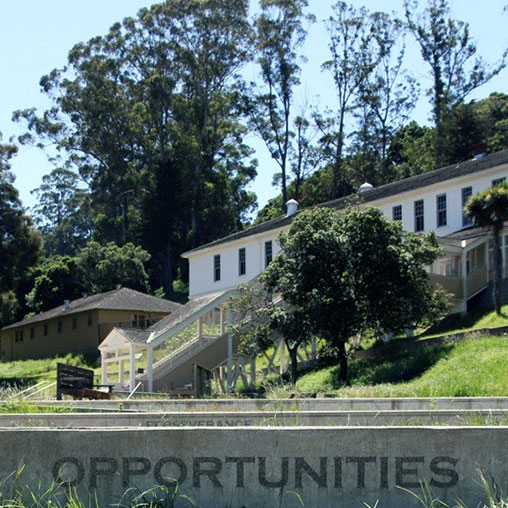 Angel Island Immigration Station was built in 1910 in the San Francisco Bay mainly to process immigrants from China, Japan, and other countries on the Pacific Rim. Its primary mission was to better enforce anti-Asian laws. 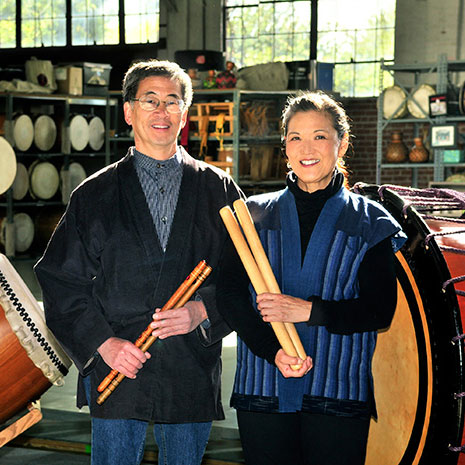 Since the late 1970s, Japanese American communities have organized annual events on the anniversary of the signing of E.O. 9066 as a means for recovering a marginalized history and educating the public about the legacies of the exclusion experience. 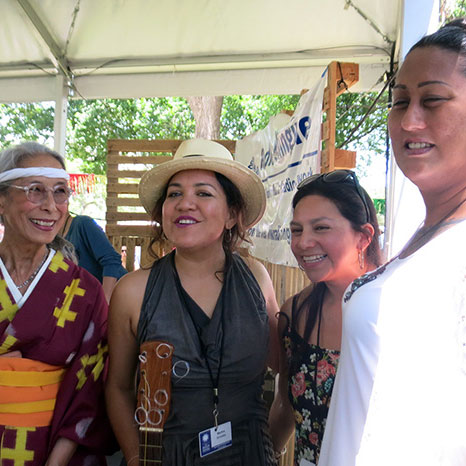 Body Language: A Discussion on Gender and Performance

In the face of colonization, migration, and other forces that cause people to leave home, those on the move often have few to no belongings to remind them of home. Instead, they must preserve traditions with the body alone. 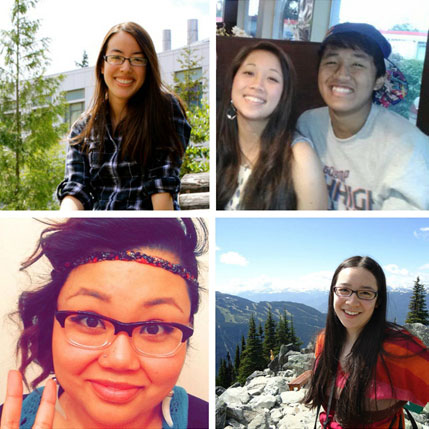