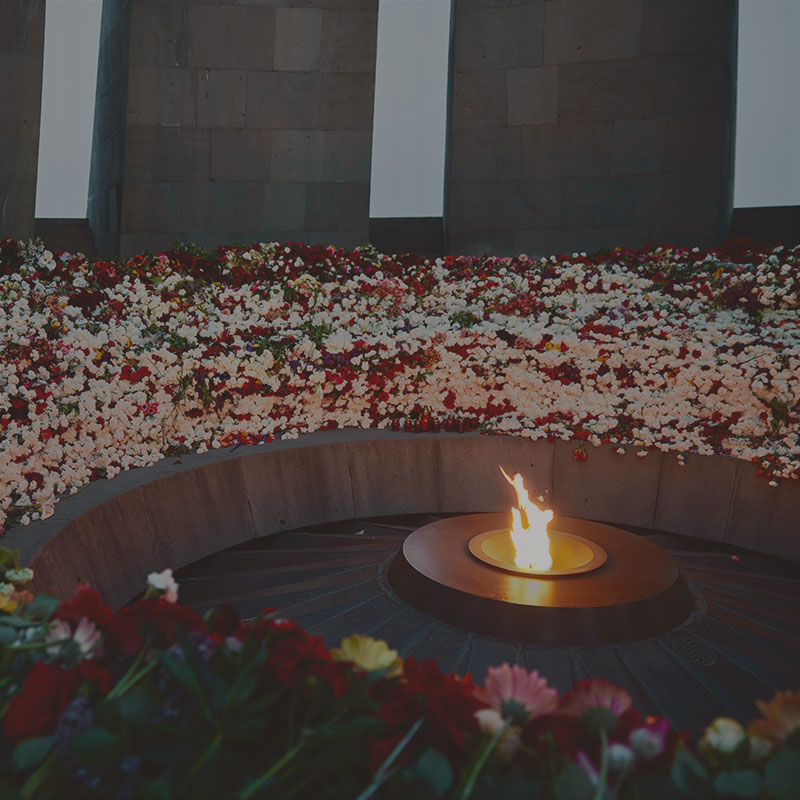 “We remember the lives of all those who died in the Ottoman-era Armenian genocide and recommit ourselves to preventing such an atrocity from ever again occurring,” he said in a statement. “Over the decades Armenian immigrants have enriched the United States in countless ways, but they have never forgotten the tragic history that brought so many of their ancestors to our shores. We honor their story. We see that pain. We affirm the history.”

Coined in 1944 by Polish lawyer Raphäel Lemkin, the word “genocide” is comprised of the Greek prefix genos which means “tribe,” and the Latin suffix cide which means “killing.” Genocide was officially recognized as a crime under international law in 1946, and in 1948, the Convention on the Prevention and Punishment of the Crime of Genocide became the first human rights treaty adopted by the General Assembly of the United Nations.

April 24, Armenian Genocide Remembrance Day, marks a significant and tragic moment in history. On that day in 1915, Ottoman Turks arrested Armenian community leaders in Constantinople, sparking a series of events that resulted in the deaths of an estimated 1.5 million Armenians. Those who managed to escape became refugees—the first of the twentieth century—traveling first to Syria and Lebanon, and many eventually making their way to the United States.

Recognizing the Armenian Genocide reminds us of our responsibility to protect human rights, and of the worst that can happen when we fear and distrust the other. Although the genocide happened 106 years ago, violence, oppression, and forced migration persist today. Syrian Armenians, whose ancestors survived the genocide, have relived the trauma of violence and displacement during the Syrian Civil War, ongoing since 2011. Just last fall, thousands of Armenians in Nagorno-Karabakh were killed and displaced by war with Azerbaijan.

An unprecedented number of people—80 million around the world today—have been forcibly displaced. This movement is often violent, uprooting communities and creating nearly 26 million refugees. Survival is the singular focus for those displaced by genocide, war crimes, or other violence. Disconnected from the physical home, cultural contexts shift and rupture.

So what makes us who we are when we are no longer “home”?

For the Armenian people, the trauma of the genocide birthed a steadfast commitment to sustain Armenian community life and cultural identity. The collection of stories from the Festival Blog and Folklife Magazine below offer a snapshot into the ways in which Armenian Americans have drawn on their cultural heritage—not just to survive, but to create home, to connect, to make meaning, and to heal. 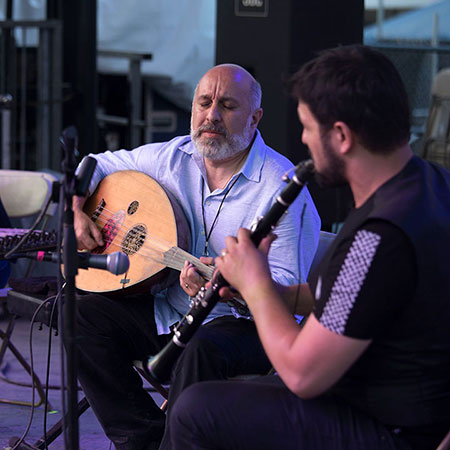 An Introduction to the Oud with Ara Dinkjian

Musician Ara Dinkjian calls the oud the “grandfather of the guitar and the father of the lute.” Without frets like its successors, traditional oud music is not melodically restricted by the Western twelve-tone scale. 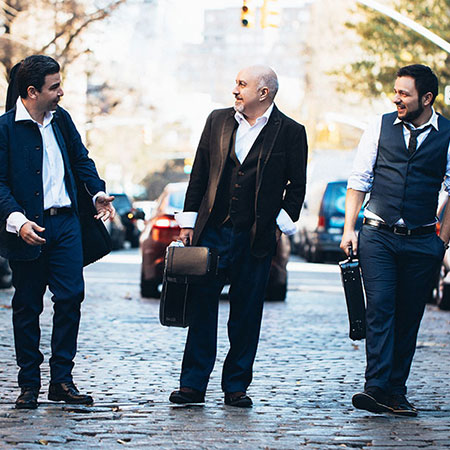 Ara Dinkjian composed “Slide Dance” in a 10/8 time signature, which is one of the most prominent rhythms in Dikranagerd (now Diyarbakır in Turkey) where his father’s Armenian family was from. 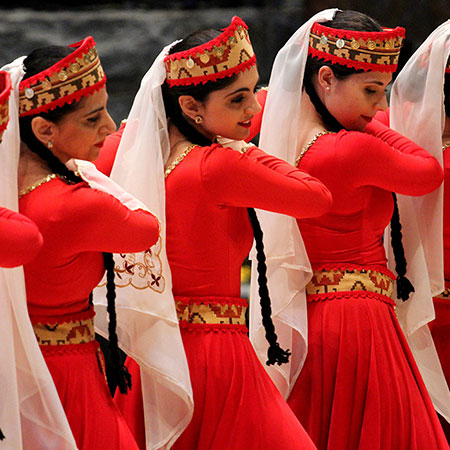 Over the centuries of invasion, the destruction of much of our material culture has made it difficult to study Armenian dance historically. So exploring, discovering, and recovering my ancestral dance tradition is especially rewarding for me. 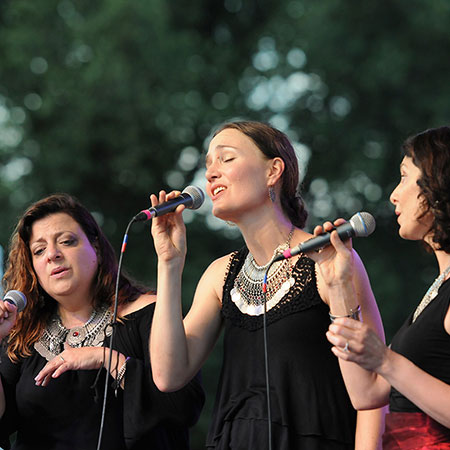 Power of Three: Armenian History and Harmonies from Zulal 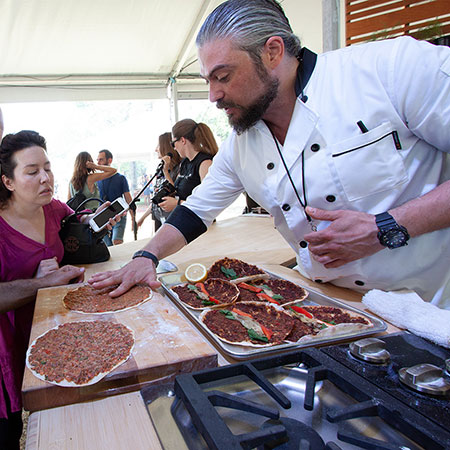 Food and Longing in the Armenian Diaspora

The ingredients, methods, and dishes that define Armenian cuisine and identity might vary, but our stories converge into a meaningful narrative involving nostalgia, survival, resilience, and how food became a tangible inheritance. 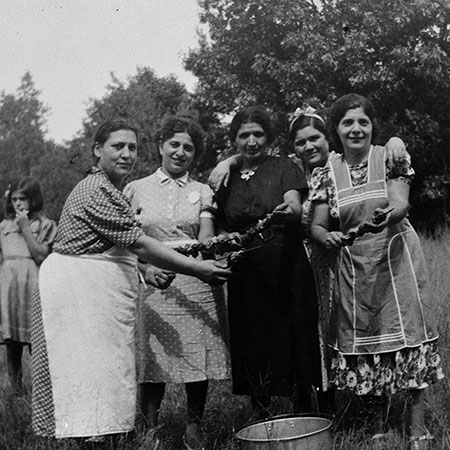 The Armenian Picnic: A Connection to the Old Country

An enduring feature of Armenian life, picnics are gatherings where young and old come together to share traditions of food, storytelling, music, and dance, keeping the culture vibrant. 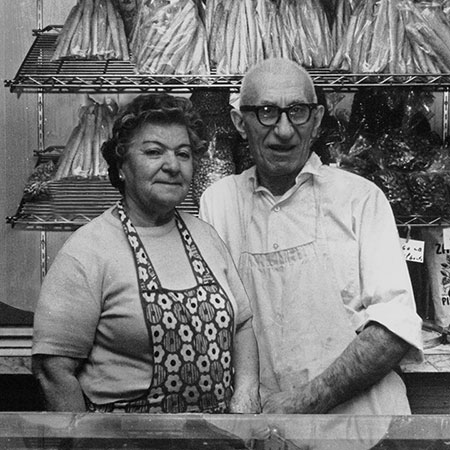 The Power of Bread: Armenian Family Values at Toufayan Bakeries

According to Armenian American Karen Toufayan, these traditions and familiar communal life around bread is what the Toufayan Bakeries family carried abroad from Egypt, where they resettled after fleeing the Ottoman Empire. 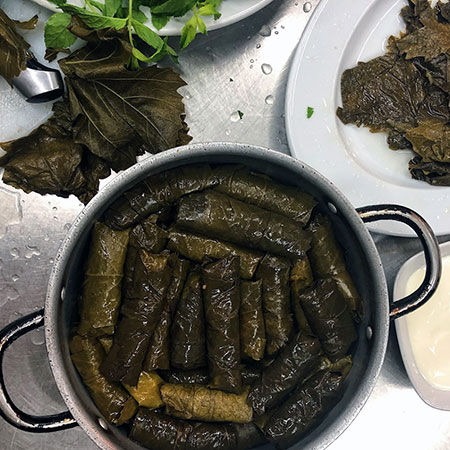 Through the Edible Grapevine: Stories of Yalanchi in Armenian Communities 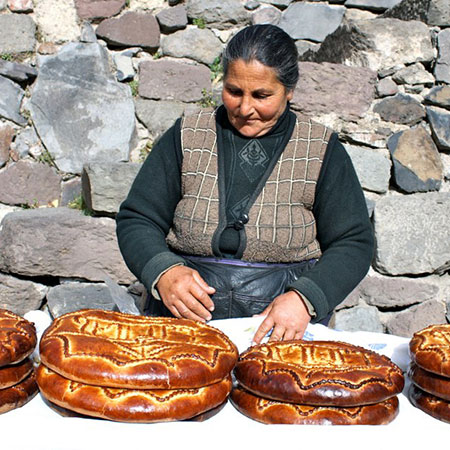 What Is Armenian Food? Depends Who You Ask

Food is a constant topic of discussion for Armenians, who often debate what cuisines and dishes are authentically Armenian. That’s because the definition of Armenian food changes, depending on the people you ask and where they’re from. 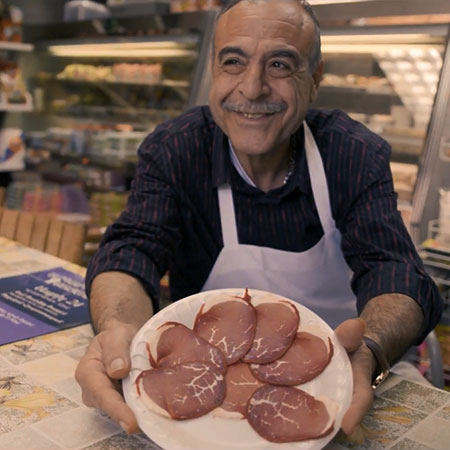 The Lure of Basturma in Little Armenia

Located in Los Angeles near the highly Armenian populated city of Glendale, Little Armenia is a small, condensed community of Armenian-run businesses within the Hollywood neighborhood. 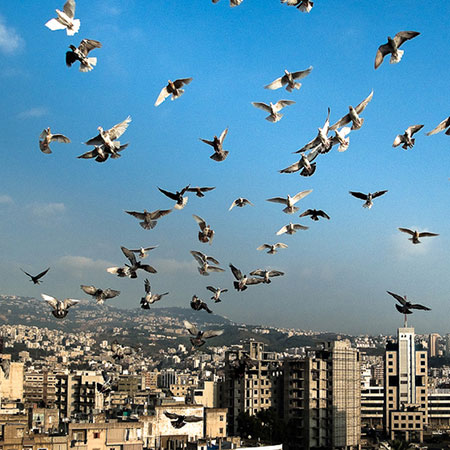 After 1928, Armenian refugees who survived the Ottoman persecutions began migrating to the Bourj Hammoud district in Lebanon, settling in compact quarters organized into regular gridiron patterns. 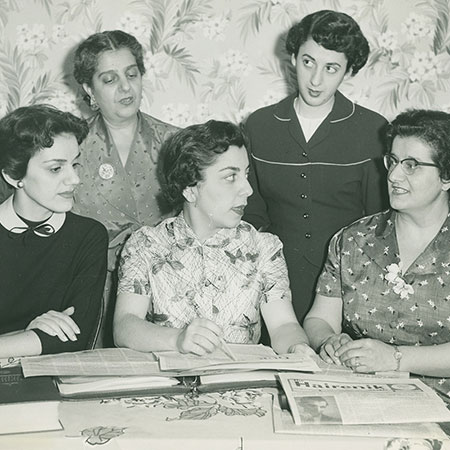 The Armenian Mirror, founded in 1931 in Watertown, Massachusetts, with the goal of bridging the generational gap, became the first English-language Armenian newspaper in the United States. 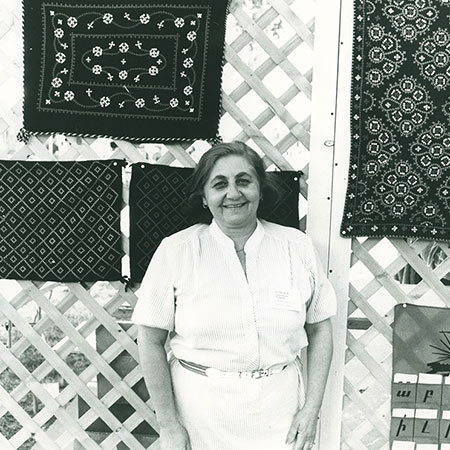 The Work of Their Hands Is the Legacy We Keep

This selection of images features Armenian artisans, their education, craft, and artistry. The photos illustrate that formal training was available to Armenian men and women in the Ottoman Empire before 1915. 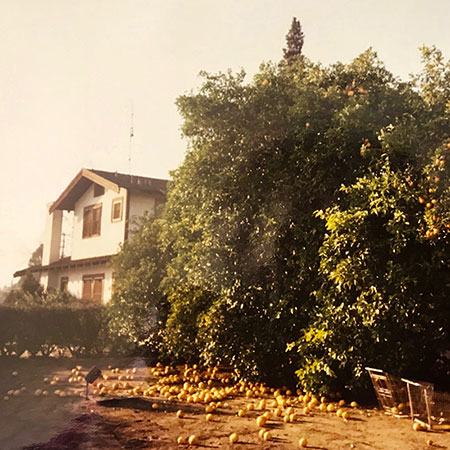 What Makes a House a Home? Memories of an Armenian American Childhood

When I was a little girl, I was confused as to whether I was Armenian or American. Both words sounded alike and looked very similar to me. It took me a few years to realize that I was third-generation American of Armenian heritage.