Ralph Rinzler (1934-1994) was born in Passaic, New Jersey, and was interested in music at an early age. He was given a collection of ethnographic recordings from the Archive of Folk Song of the Library of Congress by his uncle, Harvard University ballad scholar George Lyman Kittredge, and they soon became his favorites. He became actively involved in Folk Revival while attending Swarthmore College, organizing an annual festival on campus. He received his B.A. in 1956, and did graduate work at Middlebury College and the Sorbonne in French literature and language. Upon his return to the United States, he played mandolin for four years with the Greenbriar Boys, at times touring with singer Joan Baez. During the 1960s, he also studied, recorded, and worked with performers of traditional music, such as Doc Watson and Bill Monroe, both of whom gained international recognition in part through his efforts. In 1964, Rinzler accepted the position of Director of Field Programs at the Newport Folk Foundation, which involved the planning and programming of the Newport Folk Festival.

Rinzler came to the Smithsonian in 1967 as co-founder of the Festival of American Folklife (now the Smithsonian Folklife Festival) with James Morris in what was then the Smithsonian's Department of Performing Arts. After the 1976 Bicentennial Festival, Rinzler became the founding director of the Office of Folklife Programs (now the Center for Folklife and Cultural Heritage) to establish a center for research, publication, and presentation of programs in American culture and tradition. As Director, he initiated Smithsonian Folklife Studies, a publication series, and did research for the Celebration exhibit, which opened at the Renwick Gallery in 1982. Rinzler was appointed Assistant Secretary for Public Service in 1983 and Assistant Secretary Emeritus in 1990. He died on July 2, 1994 during the Festival of American Folklife that he co-founded.

The Archives acquired Rinzler's personal and professional papers, correspondence, and record and tape collection in 1994. The collection, with bulk dates from 1950-1994, documents the life of Ralph Rinzler and his professional activities as Director of Field Programs for the Newport Folk Festival, Director of the Smithsonian Folklife Festival (formerly the Festival of American Folklife) and the Office of Folklife Programs (now the Center for Folklife and Cultural Heritage), and the Smithsonian Institution's Assistant Secretary for Public Service. The collection includes biographical materials, business records, correspondence, notes, photographs, audiotapes and field recordings. His field recordings include work with Doc Watson, Clarence Ashley, Bill Monroe, The Balfa Brothers, and Charlie Sayles, and work in Cape Breton, Nova Scotia. The collection also contains significant materials related to the life and research of Rinzler’s wife, Kathryn ‘Kate’ Hughes Rinzler, educator and artist.

Because of Rinzler's prominent role in the Festival and the Center for Folklife and Cultural Heritage, the Archives were named in his honor in early 1998. His field tapes have been used to create a number of CD releases on the Smithsonian Folkways label. 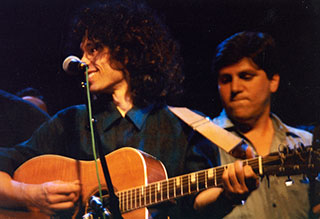 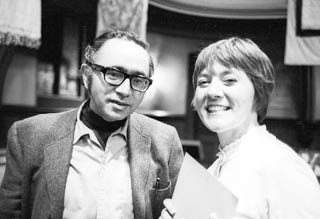