Paredon Records was founded in 1969 in New York by Barbara Dane and Irwin Silber, and its first recordings were released in 1970. Paredon released four records at a time. Barbara Dane, a singer/songwriter herself, produced the albums and recruited the musicians, artists who worked on the covers, and volunteers who translated foreign language material and contributed stories for the record booklets. Silber, a writer and editor for The Guardian newspaper, assisted Dane in all aspects of production. Irwin worked on business aspects of the label, such as distribution, orders, and editing and printing the record supplemental materials. Dane and Silber traveled to almost all of the countries mentioned in these records, as part of their work as activists and personally knew the musicians and artists.

According to the interview with Barbara Dane, "Paredon" means "a big wall" in Spanish. Paredon represents "a wall of culture defending us [listeners] against this 'sleazy' culture that's out there on the other side of the wall." The mission of Paredon Records was to use music as a tool to spread culture: the stories and experiences of those involved in protest and revolution movements all over the world, in order to increase dialogue among similar movements and peoples. Dane and Silber hoped these records would promote social and political activism, and that the uplifting power of music would inspire people to be agents of social change. The records reflect the most important socialist or liberation movements in world politics as well as domestic issues in the United States of the late twentieth century.

The 50 Paredon record albums constitute a unique historical documentation of the political protest and revolutionary currents in the world over the course of three decades. 31 of the 50 albums come from national liberation movements in Asia, Africa and Latin America. These include music, song, poetry and speech from Angola, Argentina, Chile, China, Cuba, The Dominican Republic, Ecuador, El Salvador, Haiti, Mexico, Nicaragua, Palestine, Philippines, Puerto Rico, Thailand, Uruguay, and Vietnam. Another five albums come out of the European oppositional political movements from; Greece, Italy, North Ireland and the United Kingdom. In all cases, the materials are performed and/or presented by the participants in these movements.

The Ralph Rinzler Folklife Archives and Collections acquired the Paredon Records audio recordings in December, 1991, when Barbara Dane and Irwin Silber donated their record company papers to the Center for Folklife and Cultural Heritage.

There are two main components of the Paredon Records audio recordings: the master recordings and corresponding commercial records themselves and the paper files relating to the production of these recordings, which include correspondence, photographs, copy for liner notes and labels, and news clippings. Also included are articles by Barbara Dane and Irwin Silber, a transcript of Daniel Sheehy's oral history interview with Barbara Dane, as well as miscellaneous ephemera. 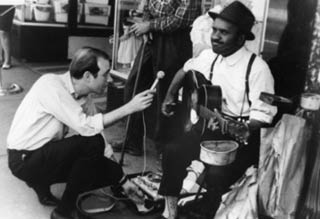 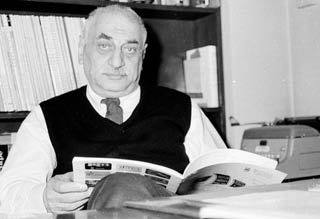