Emory Cook (1913-2002) is widely regarded as a highly influential audio engineer. Born and raised in Albany, New York, he joined the Army Air Corps in 1932. After his discharge in 1934 he obtained his degree from Cornell University and began working for Western Electric in the Audio Engineering Force. During World War II, while still at Western Electric, Cook supervised the creation of a fire-controlled radar "Trainer," for which he received a Commendation from the Service.

In the late 1940's, convinced he could do better than what was on the market, Cook began experimenting with making his own audio equipment. Cook Laboratories was started in 1945 when he developed a new cutting head to be used in record production. Future development of equipment brought about the discovery that he could record frequencies as high as 20,000 hertz,which he demonstrated at the 1949 Audio Fair in New York. Shortly after, Sounds of Our Times, later called Cook Records, was born. Cook Records collected many different sounds and was mostly aimed at the devoted high-fidelity listener. In order to encourage listening, he put out many albums full of everyday sounds, such as Voice of the Sea, an album of ocean sounds and Eye of the Storm, recorded during a thunderstorm.

Cook Records also produced traditional music albums from its plant in Stamford, Connecticut. The label produced everything from organ music to folk, flamenco guitar, calypso and steel band. Cook had such a large interest in Calypso music that he set up a second pressing plant in Port-of-Spain, Trinidad. The Cook Labs records, which date from 1939-2002, document the activities of audio engineer Emory Cook and his label Cook Labs. The contents include business records, materials relating to recording artists, photographs, and production materials, as well as phonograph records, master recordings and unpublished recordings produced by or associated with the Cook Labs label. The collection also contains two interviews conducted with Emory Cook in 1990: one by Jeff Place and one by Anthony Seeger and Nicholas Spitzer. There are several physical objects relating to Cook Labs including a bag of powdered vinyl, a binaural playing arm, and a condenser microphone.

Emory and Martha Cook donated the collection to the Center for Folklife and Cultural Heritage in 1991. Emory Cook died at the age of 89 in 2002 after a long hospitalization. 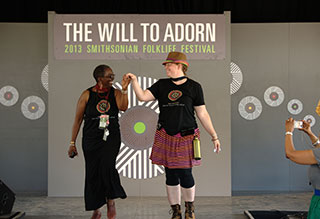 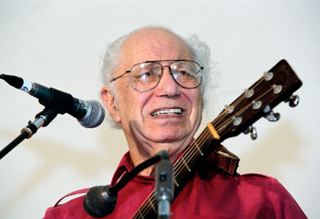